The Egyptian army's $40 billion deal with the UAE company Arabtec to build 1 million homes for low-income earners is beyond the affordability of Egypt's poor. 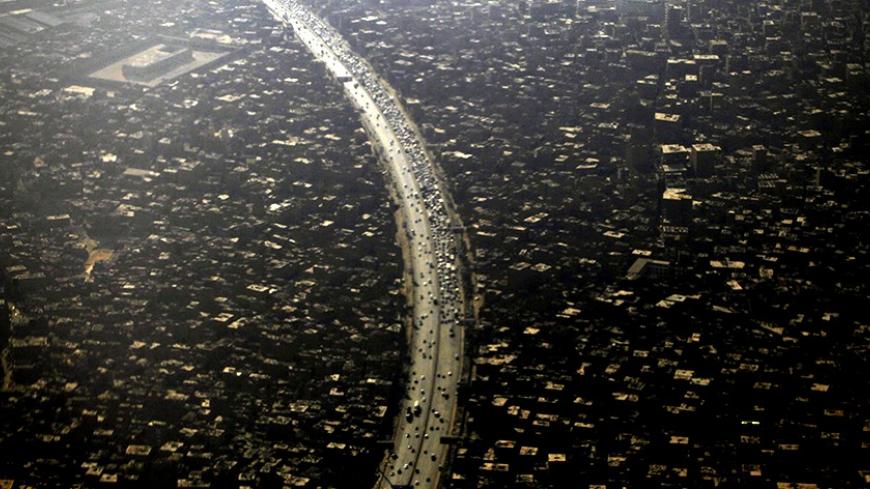 An aerial view of Cairo's traffic and housing is pictured through the window of an airplane, Sept. 11, 2013. - REUTERS/Amr Abdallah Dalsh 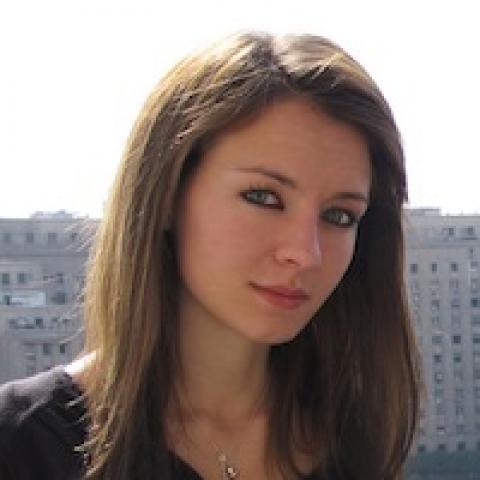 CAIRO — The deal is said to be Field Marshal Abdel-Fattah al-Sisi’s last hurrah before he retires from the military and confirms his bid for the presidency. Two weeks ago, the army announced that it would build 1 million housing units for low-income youths in collaboration with Arabtec Holding, a company based in the United Arab Emirates (UAE). The $40 billion project is the largest construction contract ever in the region.

At the inaugural ceremony, Egypt’s popular army chief and Arabtec CEO Hasan Abdullah Ismaik promised to deliver the first units by 2017 and finish the entire project by 2020. The houses are to be developed in 13 locations spread across 10 governorates. Their construction will create a million new jobs, the army said. Egypt, which is suffering from a crippling housing crisis and an unemployment rate of 50% in some areas, rejoiced.

Sisi has been lionized since he overthrew the unpopular President Mohammed Morsi last July, with many demanding he run for president in the upcoming mid-April elections. With this new project, his popularity soared again.

At first glance, the project looks promising. Arabtec approached Egypt with the idea, a military source told Al-Monitor. Relations between Egypt and the UAE have flourished since the ouster of Morsi, whose Muslim Brotherhood was not on good terms with the Emirates. Abu Dhabi has a vested interest in Egypt progressing and succeeding in the post-Morsi era.

Arabtec, as a leading engineering and construction group, has delivered multiple complex projects across the Middle East and North Africa. A closer examination of the Egyptian agreement, however, raises doubts about the possibility of delivering the project as advertised.

A military spokesman, Col. Ahmed Ali, stated on the armed forces' Facebook page that the campaign will “solve housing issues for low-income youths.” Egypt's housing shortage runs into the millions of units, adding to the social unrest in the post-2011 revolution era.

In Egypt, “low income” applies to those who annually earn 30,000 Egyptian pounds, approximately $4,300, or less, according to Hatem Zayed, a researcher at the Egyptian Center for Economic and Social Rights (ECESR). Attached to Ali’s Facebook posting is a brochure showing five-story apartment blocks nestled in leafy compounds. The development has kindergartens, secondary schools, sports facilities, restaurants and retail centers. It resembles one of the capital’s upper-class gated communities in the desert suburban areas, such as New Cairo to the east and Sheikh Zayed City to the west.

The brochure better reflects Arabtec’s English press release, which states that the agreement is to build “middle-income housing,” not low-income dwellings, as Col. Ali asserts. Military spokesmen approached by Al-Monitor were unable to confirm the cost of the flats, and Arabtec representatives were unavailable for comment.

Yahia Shawkat, a housing researcher at the Egyptian Initiative for Personal Rights, noted that a simple calculation — dividing the $40 billion budget by the 1 million units being built — suggests they could go for as much as $40,000 (or 280,000 Egyptian pounds). “Each unit is likely to cost too much for someone earning just a few thousand dollars a year,” Shawkat observed.

Low-income housing in Egypt is usually priced at around $14,300 (100,000 Egyptian pounds) and then subsidized by the state, ECESR’s Zayed said. In other words, the apartments will be well beyond the reach of Egypt’s 10 million impoverished youths, a number calculated by the Egyptian-run Central Agency for Public Mobilization and Statistics (CAPMAS).

“The shortage of housing units is now estimated to be 3.5 million,” Zayed said. Although there are some 5.6 million units vacant or shuttered that could more than satisfy demand, many of these houses and apartments are not within the price range of those needing a place to live, Zayed explained.

This has pushed people into informal housing. CAPMAS estimates that between 12 million and 20 million people live in informal settlements across a thousand areas nationwide. In many of these areas, they lack such basic amenities as water, electricity and sewage facilities.

The reasons for this are manifold. Beginning in the 1990s, the Egyptian state significantly decreased spending on housing, while private companies assumed the lion's share of construction. In 1994, 70% of housing construction was managed by the public sector and 30% by private companies. By 2010, the numbers had reversed, according to CAPMAS.

This trend directly affects the building of low-income units, since the private sector rarely invests in cheaper housing because it is far less profitable than other types of housing. The numbers reflect this change: 13,487 low-income housing units were built during 2002-03, but by 2011-12, the number of units had plummeted to just 1,254, said Zayed.

The idea to build affordable housing in the desert areas had been on the table since President Gamal Abdel Nasser's rule, but budgetary constraints during the 1956, 1967 and 1973 wars put those plans on hold. By the time Egypt had the money to move forward with construction in the 1990s, President Hosni Mubarak’s economic liberalization policies saw the private sector take control, and housing for the poor was not on their list of priorities.

Utopian desert cities were built, but to house Cairo’s elite. Inside the gated compounds with such names as Beverly Hills and Lake View, balconies overlook pools and golf courses. The villas there go for millions of pounds. Meanwhile, the poor are left to illegally build their own houses or occupy any makeshift shelter they can find — even tombs.

Sisi’s new housing deal is not, of course, the first time an Egyptian leader has attempted to curry favor with the public in the lead up to elections. Ahead of the 2005 presidential polls, Mubarak announced a National Housing Project, through which 500,000 affordable houses were supposed to be built between 2005 and 2011.

“In 2005, over [a] five-year time period, Egypt couldn’t build half the number of units, and back then Egypt was economically in a boom,” said Zayed. In 2005, Egypt’s gross domestic product growth rate was at 7%, but in 2014 is projected at around 2%.

Only 360,000 of Mubarak’s homes were constructed, and in reality, the majority of them were for the middle-income market, casting doubt on the likelihood of success for Sisi’s billion-dollar project.

It is also unclear how Sisi's endeavor will be funded. The military spokesperson’s office told Al-Monitor that businessmen had “answered the call of the army” to invest, and the “whole budget was already covered.” No further details were, however, offered. Arabtec claims that a mix of local and foreign banks will foot the bill.

Nevertheless, the deal has already worked its magic. Local media lauded the military for once again responding to the demands of the people. The question is, if it does not deliver, how long will this goodwill last? 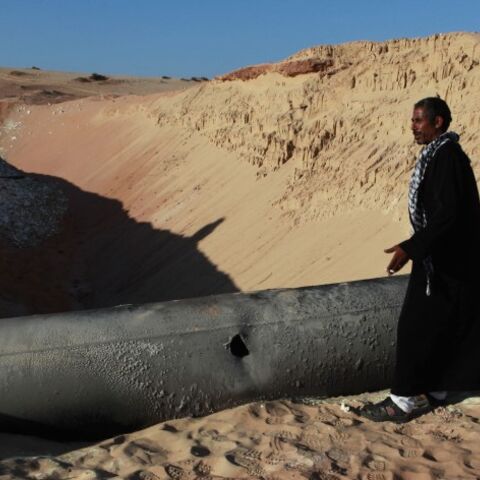 Egypt turns to Israel to address shortage of natural gas