Egypt has turned to Saudi Arabia to help pressure Ethiopia into compromising on the Renaissance Dam, which Cairo fears will cut off vital water supplies from the Nile River. 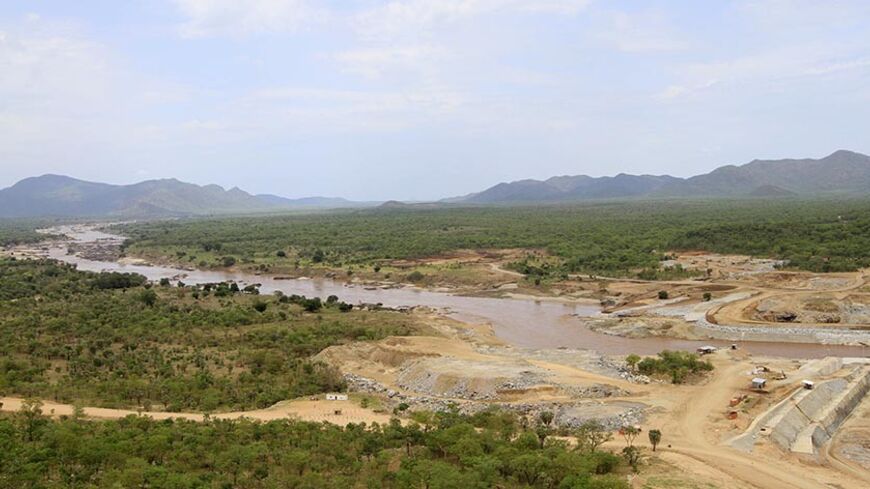 CAIRO — Egypt is considering preparing a formal request for Gulf mediation under the leadership of Saudi Arabia, in order to back Cairo’s stance vis-à-vis the ongoing conflict with Ethiopia about the Renaissance Dam. The mediation request comes as part of a basket of escalatory measures adopted by Egypt in January, following the breakdown of technical negotiations among the Egyptian, Sudanese and Ethiopian water resources ministers.

Speaking to Al-Monitor, an Egyptian government official said, “A detailed report is currently being prepared to examine and explain Egyptian concerns relating to the building of the dam, in the absence of a clear agreement with Ethiopia about it. The final draft of the report, which explains the concerns over the repercussions the construction of the dam will have on Egypt and Sudan, will be sent to the International Panel of Experts.”

The official, who has close ties to Egyptian decision-making circles, added, “Egypt will ask Ethiopia, through the mediation, to sign a binding agreement with Egypt stating the dam’s operational specifications, its stored water capacity, and the amount of water that will be regularly released in a manner that does not negatively affect Egypt’s share of that water.”

This convergence of views between Egypt and the Gulf countries — except for Qatar — began after the ouster of President Mohammed Morsi by the army on July 3, 2013. While the Gulf leaders expressed their satisfaction toward the change in the political scene of Egypt after the fall of the Brotherhood, Saudi Arabia and the United Arab Emirates rushed to offer financial aid packages to the Egyptian government, amounting to $10.7 billion in the span of only six months.

“Resorting to Gulf mediation will help Egypt gain more time. As Ethiopia is rushing to build the dam, we are running out of time and are unable to re-launch negotiations, which puts us in a critical situation,” the official added.

According to the same official, “Egypt is preparing this dossier after receiving verbal assurances from Saudi and Emirati officials that they would back Egypt in all issues affecting its national security. This problem has been discussed in the many meetings that took place between Egyptian and Gulf officials since last June 30.”

“The Gulf mediation is a good and useful step, but it is conditional on the acceptance of both countries,” Mahmoud Abu Zeid, the head of the Arab Water Council, told Al-Monitor.

Abu Zeid said the potency of such mediation efforts lies in the fact that Saudi Arabia, the UAE and Kuwait have strong economic ties with and large investments in the Ethiopian market.

The head of the Arab Water Council, whose membership includes Saudi officials, added that it was possible for the council to play an important role in helping alleviate the ongoing tensions between Egypt and Ethiopia. But the Egyptian government has yet to ask it to intervene, and Egypt’s concern with the water issue still requires direct guidance from the president, as well as an intensification of efforts to solve the crisis, Abu Zeid said.

Saudi Arabia contributes to economic development projects in Ethiopia through investments made by Saudi businessmen in infrastructure projects. In addition, it offers Addis Ababa further support through the Kuwaiti Development Fund, OPEC and the Arab Bank for Economic Development in Africa, with the Ethiopian parliament endorsing projects financed by Saudi Arabia in energy and agriculture. Furthermore, the kingdom plays host to thousands of Ethiopian workers who are employed in a variety of jobs, particularly as domestic labor, despite that this issue was the cause of tensions after Saudi Arabia expelled a large number of illegal workers.

In January 2011, the Director of the Ethiopian Investment Authority, Abi Walad Meskel, estimated Saudi investments to be close to $3 billion dollars, making Saudi Arabia the largest investor in Ethiopia, followed by India, China and Turkey.

Al-Monitor spoke with an Egyptian diplomat assigned to the Ethiopian relations dossier. “Any change in the amount or terms of monies given to the Addis Ababa government will greatly contribute in compelling Ethiopia into reassessing its stance towards Egypt, as well as committing to a serious and constructive dialogue in order to resolve the continuing crisis that exists between the two countries concerning the Renaissance Dam,” he said.

The diplomatic source, who requested anonymity, asserted, “Arab financial pressure was the best of options in the escalatory scenario currently adopted by Egypt, following strong indications that the Egyptian Minister of Water Resources’ visit to Italy would be successful, and the uncertain prospects vis-à-vis resorting to the international community, now that Egypt has a new government in place.”

African affairs specialist at the Al-Ahram Center for Political Studies, Hani Raslan, cautioned, in an interview with Al-Monitor, about “the current state of affairs, which was no longer confined to mere tensions and constituted a direct and imminent threat to Egypt, as a result of it being deprived of its water rights. Ethiopia refuses to recognize previous international norms and conventions, as well as Egypt’s historical right, and considers the waters of the Nile to be its property.” Raslan further warned against any attempts to impose a fait accompli and move toward adopting a policy where water would be sold after the building of dams.

Raslan opined that Saudi mediation did not stop at direct negotiations with Addis Ababa, but also entailed putting pressure through other diplomatic channels that exist between Saudi Arabia and the United States.

He also asserted, “The success of Saudi intervention would primarily be to the benefit of Egypt, in accordance with the political pledges and interests that Saudi Arabia has undertaken vis-à-vis Egypt lately.”

The Arab world suffers from an inability to secure daily water needs, with a November 2013 UN report estimating that Arab countries needed to allocate at least $200 billion for water resource management during the next 10 years, just to address this crisis. The report also warned about the nonexistence of comprehensive international agreements governing transboundary waters, despite that one-third of the surface water upon which the Arab world relies originating outside its borders, with the same applying to ground water in the Arabian Peninsula.

News reports have pointed toward a shift in the food security policies of Gulf countries from Africa to Europe and America. Gulf countries are re-evaluating their projects aimed at securing their food security through some African nations, such as Ethiopia, following increased animosity toward Gulf investors among locals and the spread of public reservations about Arab investments on their lands. This is a result of the massive investments that Gulf countries made to purchase tens of thousands of hectares of cheap farmland in African countries, which they used to satisfy nearly 90% of their food needs.

The Renaissance Dam crisis continues to dominate the rhetoric of Egyptian officials, as the Ethiopian side asserts its intention to proceed with the project. Despite Cairo’s efforts, there’s no clear indications that their efforts thus far have made any inroads.