The 2013 Shin Bet report indicates a rise in terror activities originating in the West Bank, attributed partly to the resignation of Prime Minister Salam Fayyad and the weakening of Fatah security mechanisms. 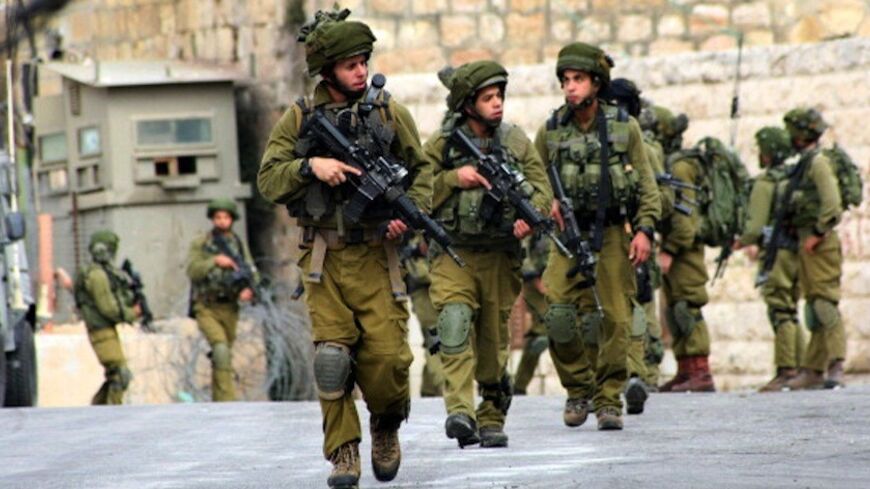 Israel’s Shin Bet is summing up 2013. The General Security Service, which is charged with preventing terrorist attacks in the country, released on Jan. 27 a detailed report covering 2013. The main data of this annual report points to a significant rise in terrorist attacks as compared to 2012. The number of attacks doubled in that time, from 578 in 2012 to 1,271 in 2013.

According to the Shin Bet’s data, there was a drop in the number of casualties from terrorist attacks, with six in 2013, as compared to 10 in 2012. However, two reservations should be considered when making that comparison. The first is that in 2013, five Israelis were killed in attacks launched from the West Bank, as compared to zero in 2012. Furthermore, among the Israeli casualties listed by the Shin Bet for 2012 are the six soldiers who were killed in Operation Pillar of Defense in the Gaza Strip.

According to the data, the Shin Bet prevented 190 terrorist attacks last year, including 16 suicide attacks. The authors of the report sketch a profile of the terrorists responsible for the attacks as well. According to them, fewer terrorists are sent by Palestinian terrorist organizations to launch the attack against Israel, while there are more “lone wolves” — that is, Palestinians who decide independently to kill an Israeli, and who plan and implement the operation themselves.

These statistics do not require special clarifications to understand the changes and processes underway in the Palestinian Authority (PA). At the same time, however, the Shin Bet also referenced various other documents that it published over the past few months in an effort to analyze what is taking place in the territories.

According to the Shin Bet’s data, Hamas is working hard to empower itself and build up strength in the Gaza Strip, while it is careful to preserve the understandings reached with Israel after Operation Pillar of Defense in November 2012. That in itself should not surprise us. With the organization currently facing one of its lowest points, it prefers to keep a low profile and avoid any frontal confrontation with Israel, which might weaken it even more and deal a mortal blow to its regime.

At the same time, the movement’s leaders are not just sitting idle. Other Shin Bet surveys determine that Hamas is attempting to build up infrastructures in the West Bank, particularly in the Jerusalem region, and that these are being based on Palestinians who were released from prison in the Shalit deal. So, for instance, a survey of the organizational approach in East Jerusalem, made public in November 2013, states, "This refers to an additional effort by the Hamas movement to expand its influence on the Palestinian population in Jerusalem and the West Bank. It is using Jerusalem and the Temple Mount for that purpose, in cooperation with other Islamist groups."

The Shin Bet’s report does, however, make an effort to explain the most prominent trend in 2013: the increased violence in Judea and Samaria, and the change in profiles of the perpetrators. The report claims that the government of Palestinian President Mahmous Abbas has been weakened considerably and that the PA is unable to contend effectively with armed individuals and gangs equipping themselves with weapons intended for criminal or nationalist purposes. This is particularly apparent in the refugee camps and in places at a distance from the center of power in Ramallah such as Jenin and Nablus.

Regarding the resignation of Prime Minister Salam Fayyad on April 13, 2013, the report states that the impact it had on the centers of control of the Palestinian security apparatus was not insignificant. Ever since the PA leadership crisis, which was accompanied by a severe economic crisis, Palestinian security forces have been weakened significantly. Among Fatah activists, Fayyad has been considered a nuisance ever since he was appointed prime minister after the Hamas coup in the Gaza Strip in June 2007. He fought against corruption, removed ineffective activists from their positions and in general was determined to impose law and order in the West Bank. He fought against the armed gangs and had no qualms about taking on the Fatah members who fought against him and who tried to make him fail. Fayyad eventually resigned after getting into a bitter clash with Abbas, and was replaced by Rami Hamdallah.

At the same time, however, it is hard to claim that Fayyad’s resignation is entirely responsible for the terrorist unrest in the West Bank. The truly significant causes of the trends described in the report are not likely to appear in it at all, because the Shin Bet is a security agency, which is not supposed to deal with diplomatic issues. Just like Israel’s other security forces — the Israel Defense Forces, Mossad and the police — it is not expected to warn that the absence of any diplomatic solution on the horizon has a decisive impact on the security situation and on the motivations of terrorist groups and lone wolves to engage in attacks. The sense of desperation and harsh economic conditions in the West Bank do not appear alongside the report’s statistical charts. However, it should be the main conclusion that anyone perusing these statistics should reach. It is also a conclusion that many heads of the Shin Bet understand, but about which they can speak freely only after retiring from the organization.

In conclusion, it is worth recalling yet another important fact raised by the Shin Bet’s report, one that many people in Israel — particularly those involved in politics — would do well to take to heart: “The involvement of Israeli Arabs in terrorist attacks was minimal this year as well.”