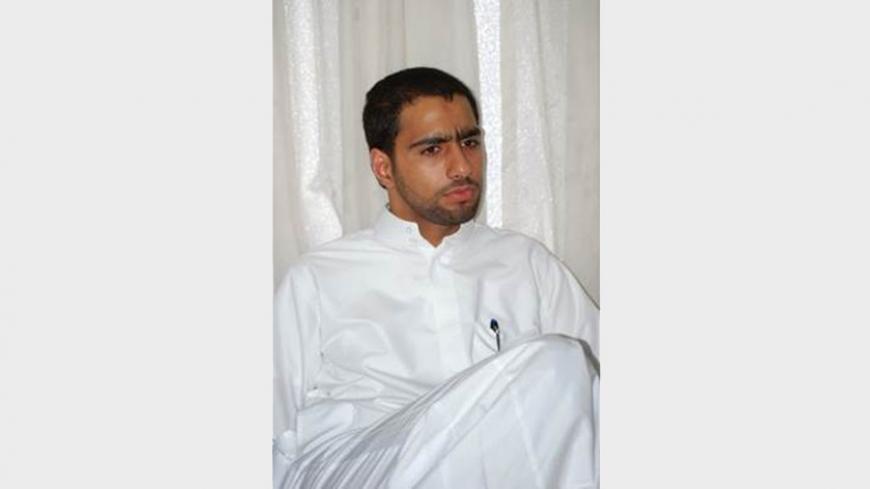 Fadhil al-Manasif, a Saudi blogger, is being prosecuted under the same charges covered by a new counterterrorism law. - hrw.org
Eman al-Nafjan
@@saudiwoman
February 6, 2014

Saudi Arabia’s new counterterrorism law went into effect on Feb. 1. The law's definition of terrorism among other things includes “acts that harm the reputation of the state or its standing.” A couple of days later, on Feb. 3, a royal decree was issued by King Abdullah bin Abdulaziz in which not only people who fight abroad in Syria and Iraq would be criminally penalized, but also any person who publicly endorses or sympathizes with a group or trend that Saudi authorities deem as extremist.

According to the new law, people can be held for as long as a year without charge pending an investigation. The law and decree do not mean any real change from current practices, but more of a legal blanket for them. For example, blogger Fadhil al-Manasif is being prosecuted under the same charges covered by the new law. Evidence used against Manasif include him writing on a napkin: “Amid the turmoil surrounding us we have to look for points of convergence and find words of unity for the sake of our country and its security. Calls for development, change and reform are charged with incitement and people are imprisoned for it. But with patience they will be an option that cannot be avoided.” This note was considered as proof that Manasif had gone against the government, disturbed public order, undermined society security and state stability and incited sectarianism.

The initial reaction on social media was shock that the government would go as far as to brazenly spell it out in law, with many openly questioning the decree. Professor and author Mohammed al-AbdulKareem tweeted: “Who are the extremist groups specifically? What are the criteria of extremism? Who determines who's an extremist? And who uses religion for their own agenda?”

Another professor and researcher, Mubarak Bin Zuair, tweeted: “The issue of ‘delineating the terms’ and determining the ‘indications’ is the most important part because this is concerning criminal penalties that require absolute accuracy!” Saleh Asgair was quick to point out the government's fickleness by posting fatwas from the official website of the Saudi Highest Islamic Council that state that it is permissible to join and assist the Muslim Brotherhood.

Others who have been accused of encouraging Saudi men to fight in Syria just a week before the law went into effect and the royal decree was issued remained noticeably silent. Popular talk show host Dawood al-Shurayan accused some of Saudi's most prominent shiekhs, including Sheikh Salman al-Ouda, Sheikh Mohammad al-Arifi, Sheikh Abdulaziz al-Tarifi and Sheikh Saad al-Breik, of promoting jihad in Syria. And despite the royal decree and the law seeming to be mostly directed at the Muslim Brotherhood and fighters in Syria, these sheikhs have been dubiously silent and have not made any public comments for or against the law and decree.

The general public though appear to be mainly concerned about the implications of the law on the degree of their already limited freedom of speech. Both a Ministry of Justice official and a Saudi newspaper have stated that the use or posting of the Rabia al-Adawiya yellow four-finger logo are forms of terrorism covered by the new law and decree.

The popular logo is used by those who sympathize with the people massacred in the Egyptian sit-in last August. Prominent blogger and economist Essam al-Zamil, who has the Rabia logo on his profile jests: “I really do wish people would stop discussing political groups and trends and focus more on corruption and the stealing of public money and land.” The Saudi cartoonist Abdulla Jaber posted a drawing of five years for four fingers, making fun of the Ministry of Justice official's statement. And in the past 24 hours a hashtag started by Khalid al Wabil, #في_موزنبيق, which translates to “in Mozambique” to allude to and criticize the Saudi government without directly naming it. He tweets, “In Mozambique woman don't drive cars.” The hashtag is currently one of the top hashtags in Saudi with more than 60,000 tweets since it started yesterday. One of the top tweets, with more than 450 retweets is by Asem al-Othman: “In Mozambique they support the Syrian revolution because its president is killing his own people and at the same time they support the Egyptian military regime that's killing its own people. … Mozambicans are self-contradictory.”

There has been little evidence that the law has so far deterred activists. Political activists are writing and speaking out mainly against the law, but also the decree. The women driving campaign is still going strong, with videos posted daily of men and women speaking out against the ban.

Although the new law is “draconian,” as Adam Coogle from Human Rights Watch terms it, it cannot be worse than the previous status quo. While practices, such as being questioned and investigated without a lawyer present are newly codified, the new law supposedly ensures that the lawyer is at the very least present during court proceedings.

Physical torture, such as lashing, was also not included as penalties in the new law. Under the new law, Omar al-Saeed's secret trial last December, in which he was sentenced to 300 lashes and four years in prison without his lawyer present, for joining the Saudi Civil and Political Rights Association (ACPRA) and calling for a constitutional monarchy, should be illegal. The real question is whether the government will respect its own laws, draconian as they are.