Moscow remains committed to a political solution in Syria but worries that Saudi Arabia providing anti-aircraft missiles to rebel forces will only escalate and prolong the war. 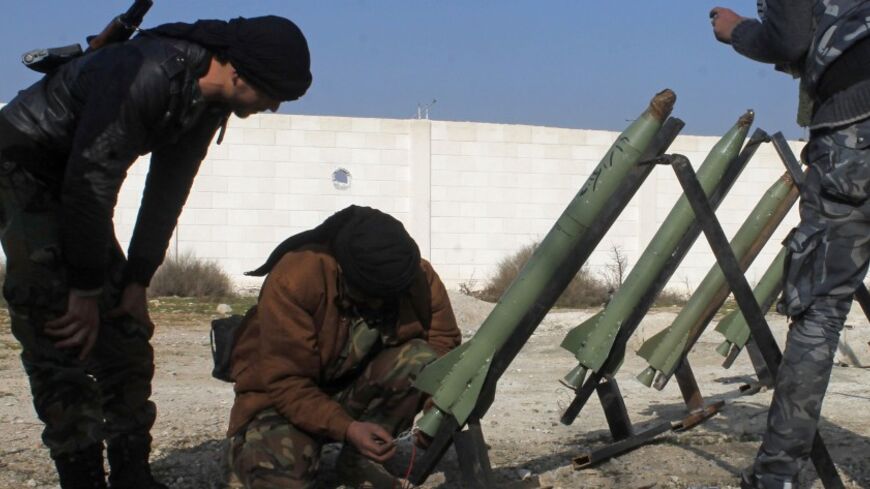 There were mixed feelings in Russia among those following news from Geneva when they heard about the end of the second round of peace talks between the Syrian government and opposition without any results. While it was good that the delegations agreed to take talks into a new, third round, the failure of the second round demonstrated the stubbornness of both sides, one of which insisted on confining talks to fighting terrorism and the other on establishing a transitional governing body in Syria, left little room for hope for the third round's success. At the same time, the mere fact that the conflicting sides, as explained by mediator Lakhdar Brahimi, compromised by agreeing to put fighting terrorism on the agenda the first day of talks, and the establishment of a new transitional governing body on the second day, inspired optimism.

Though Brahimi voiced the decision to launch a new round of talks, I believe that this time the sides need a longer break than that between the first and the second round. The new round might start after a couple of weeks or even later, if I’m not mistaken. The results of the second round will be thoroughly studied in Damascus. The opposition also needs time to prepare for a new meeting in Geneva, and the mediators — the UN, Russia and the United States, as proposed by Brahimi, should hold a trilateral meeting to evaluate the results and define their strategy for the future, as well as bridging the gaps between their positions.

What makes international observers nervous today is the approaching presidential election in Syria, scheduled for July 7, and President Bashar al-Assad’s declared intention to run for another term. It is clear that we cannot expect fair and participative elections in Syria under the existing circumstances. It is also crystal clear that Assad will provide for himself the “overwhelming majority of votes” and will be re-elected. In the view of some analysts, this will bury the negotiating process and will further exacerbate tensions between regional and global players over the Syrian crisis.

There is another opportunity for Assad to legitimize his grip on power — to extend his term for two years, as allowed by the Syrian constitution. I can hardly predict how Russia is going to shape its position toward the Syrian crisis under each of those scenarios. But both mean legitimizing Assad, making his voluntary departure still less realistic.

Though it is a totally thankless task to speak on behalf of either side, one can safely assume that the Syrian government will affirm its original interpretation of the transitional governing body: one formed on the basis of mutual consent, embodied in a power-sharing coalition government equally representing the regime and opposition, and Assad will not step down. Whether and how can it be reconciled with the opposite party’s insistence on Assad’s departure and the passing of all powers to the transitional governing body remain to be seen. There is a common belief in Russia that the only way to solve the crisis is through national reconciliation with the provision of a role for Assad.

One more threat to the peace process is coming from the illusive belief of each of the warring parties in the possibility of military victory. Russia’s official position remains the same as before: The only way to achieve a solution is through political and diplomatic means. Still, there are ongoing debates among strategic analysts here about the military potential of the sides. The first group of them finds the regime's army exhausted and overstretched by a long war against the rebels with many casualties, its morale being much lower than it was in the first phase of the armed confrontation. The number of military personnel is estimated by those analysts at not more 70,000-75,000 troops. The second group stresses the cohesion and high morale of the army and estimates the number of troops at no less than 100,000-120,000 plus reserves.

The same debates are being held about the potential of the opposition forces. War on two fronts — against both Assad and a group of global jihadists, the al-Qaeda-affiliated (though recently tactically distanced from it) Islamic State of Iraq and al-Sham (ISIS), as well as some other jihadist groups — weakened the moderate and mostly secular Free Syrian Army (FSA), which might have suffered more than its enemies. The chair of the Supreme Military Council of the FSA, Salim Idriss, was replaced just hours ago by a new chair, Abdul Ilah al-Bashir. Can the reshuffling of command make this group stronger under the attacks of the army and Islamists, especially while facing the extreme hatred of ISIS, whose commanders label FSA a sect of apostasy?

In general, the military situation within the camp of the anti-regime forces is a mess of endless infighting. The nationalistically minded Syrian Revolutionaries Front established a temporary alliance of convenience with an Islamist group, Jaish al-Mujahedeen, to fight against ISIS, which is terrorizing population in the areas under its control. Fighting is also ongoing between ISIS and a group of local jihadis, the Islamic Front. Another pro-al-Qaeda group, Jabhat al-Nusra, tried to remain neutral to conserve its resources for the main battles, but could not escape being involved in occasional fighting against ISIS. But despite being a target of attacks by many groups, ISIS, in the view of Russian observers, remains quite powerful and enjoys the loyalty of some influential tribal groups.

In this atmosphere, the recent decision by the Saudi authorities to supply Chinese-made portable anti-aircraft missiles to Syrian rebels is seen in Moscow as a game changer that will escalate the war. There is fear that the Syrian army, to avoid losses, might resort to using the Russian-made Grad rocket systems it has been holding back until now. In the beginning of the 2000s, Syria had about 300 of them. No one knows who is going to end up with these anti-aircraft missiles, but it will quite possibly be al-Qaeda type jihadis. This possibility is exactly why the United States is not willing to provide the opposition with such weapons.

Though Russia, I suppose, will continue pushing to broaden the makeup of the delegation of the opposition to make it more inclusive and representative, particularly by including Kurds and the National Coordination Committee, it will remain opposed to the idea of incorporating the Islamic Front, as some US diplomats have suggested. Reaching an understanding will be essential in this regard.