Nasrallah: Hezbollah has 'right' to wage 'pre-emptive war' in Syria 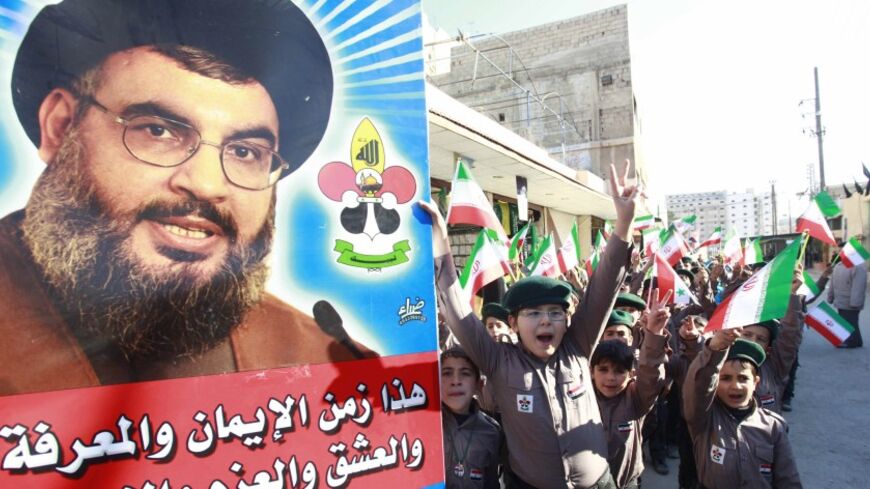 BEIRUT, Lebanon — A day after the formation of Lebanon's new cabinet, Hezbollah Secretary-General Hassan Nasrallah addressed his disconcerted popular base and allies, who reacted negatively to the new governmental lineup and expressly to the appointment of former Lebanese internal security chief Ashraf Rifi as justice minister.

The dismay was voiced by supporters on social networks such as Facebook and Twitter, and by politicians on TV stations. One strong ally, Maj. Gen. Jamil el-Sayyed — an outspoken politician who is a former chief of Lebanon's general security — declared his withdrawal from the Hezbollah-backed March 8 alliance and said he will stop coordinating with the bloc, accusing both Hezbollah and the Amal movement of ignoring their base by accepting such names in the cabinet.

Nasrallah's speech, surprisingly, didn't tackle the cabinet formation until the end, stressing that his party wants "a government of national unity to be formed and we will enter it with the intent of launching dialogue, not with the intent of setting up barricades inside it." He added, "We were the major compromisers and made the most sacrifices on this issue; we did not want a vacuum, or a neutral or a fait accompli government. The only solution was a compromise government, or a national interest government."

A source close to Hezbollah in Beirut told Al-Monitor that Hezbollah regards the formation of the government as a third priority after the war in Syria and stability in Lebanon. "The most important thing is that Hezbollah is in the cabinet; who will be upset are those who are claiming Hezbollah killed [former Lebanese Prime Minister] Rafik Hariri, the same bloc that said for months they aren't going to be in the same government with Hezbollah until it withdraws from Syria."

Syria took up the major part of Nasrallah's speech. He stressed that what he described as takfiri groups had become a threat to the entire region. "Jabhat al-Nusra, the ISIS [Islamic State of Iraq and al-Sham] and other groups are fighting each other, killing each other, taking each other's women as captives and waging merciless suicide bombings against each other," he said. He said takfiri terrorist groups "are being used by Israel, the United States and some of their Arab supporters to carry out the suicide bombings in Lebanon, seeking to sow strife among the Muslims."

Nasrallah said that most countries financing and supporting fighters to go to Syria have started talking about fears of their victory and also their returning to these countries because of the threats they pose to their home societies. "Why don't we have the right to be worried about those terrorist takfiri groups if other countries are worried about their citizens fighting with them? Tunisia, KSA [the Kingdom of Saudi Arabia] … banned their citizens from going to fight in Syria," he said. He noted that while "some in Lebanon say these bombings would not have happened [recently in Lebanon] had it not been for Hezbollah meddling in the Syrian mud, "before our intervention in Syria, wasn't there a war that was imposed by these groups in Nahr al-Bared [refugee] camp in Lebanon or in some of the Christian areas? These incidents happened before the Syrian conflict." He suggested that "had the takfiris emerged victorious in Syria, it would have become more dangerous than Afghanistan."

Nasrallah also said the Lebanese army should play a role in defending Lebanon against the radical groups' threat to the entire country, asking, "Why do the United States, France, Canada, Belgium, Saudi Arabia and Tunisia have the right to have concerns over the presence of their young people in Syria, while we don't have the right as Lebanese, who are on Syria's border, to worry, take measures and launch a pre-emptive war? What did the government do regarding the threat other than burying its head in the sand through the dissociation policy?"

The speech occurred on the anniversary of the slayings of some of the group's leaders; this gave the Hezbollah leader an opportunity to attack Israel. "Israel is a threat to all peoples in the region," he said. He added, "We always should be reminded of the Israeli threat against Palestine, its sanctities and future." He accused Israel and the United States of wanting Muslims and Arabs "to forget about the Palestinian cause, and one must admit they have succeeded in this to a large extent, but it's not too late to address the matter, because we still have available choices."

"The Zionists realize well that Hezbollah is the biggest threat to Israel," he said. "Israel must think a thousand times before it makes any step or takes action against Lebanon." … "We hope to see the day when we will have a Lebanese state that can protect and defend Lebanon, its dignity and sovereignty."