Prime Minister Recep Tayyip Erdogan’s “iron will” is tailor-made for a political culture in which concession is condemned as weakness and authoritarianism is praised as the only way to deal with opponents. 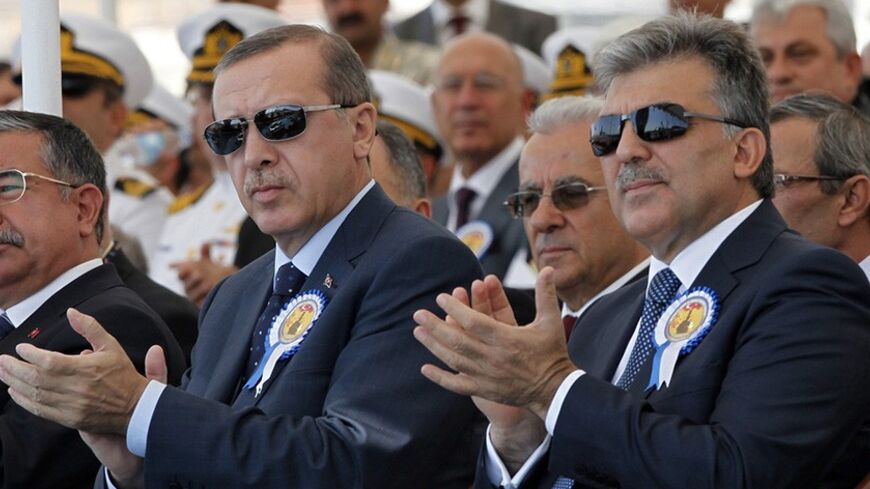 Since the Gezi Park protests in May-June 2013, foreign observers noted a considerable difference between Turkey’s two key leaders: President Abdullah Gul and Prime Minister Recep Tayyip Erdogan. Gul, in almost every political controversy, took a more conciliatory tone, while Erdogan excelled in his uncompromising, defiant, combative style. When Gul said that he “received the message” of the Gezi Park protesters, for example, pointing out that “democracy is not just about elections,” Erdogan instead condemned the protesters as “looters” and called everybody to simply respect the winners at the ballot box. With regard to the controversies on “the parallel state,” Twitter and YouTube or foreign conspiracies against Turkey, Gul again repeatedly took stances that can be broadly called liberal. Erdogan, meanwhile, proved consistently authoritarian.

For most Western observers who observed all these differences, Gul’s line looks more appealing and comforting, while Erdogan’s line looks irrational. They just cannot understand how Turkey’s successful prime minister does not see that he needs to introduce moderation to a deeply polarized country. However, in fact, Erdogan’s position is not irrational at all. Quite the contrary, it is based on a very consistent logic, which is much more established in Turkey than the liberal logic. It is what I call “the Turkish doctrine of pre-emptive authoritarianism.”

This doctrine, which has not been observed much in Turkey simply because it is taken as a fact of life, is based on a simple rule: In every political confrontation, the thing to do is to be as strong, defiant, stubborn and threatening as possible. Only then, the enemy will be crushed and victory will be secured. Otherwise, the enemy will begin to come after you, defeat you and will show no mercy. So, you should pre-emptively corner and weaken him as much as possible.

This doctrine does not believe in peaceful solutions that will come through negotiation, bargaining and consensus. Reasonable concessions, which could normally lead to such consensus-based solutions, are condemned as naivete, weakness and perhaps not outright treason.

A recent article in the Turkish press presents a perfect example of this doctrine. An article by Salih Tuna, a passionately pro-Erdogan writer, published in Yeni Safak, a strongly pro-Erdogan daily, explains why Gul’s “weak” position was very erroneous compared with Erdogan’s praiseworthy defiance. Tuna compares Gul and Erdogan by referring to their different tones during the Gezi Park protests and explains why Erdogan was utterly right:

“While one of them [Gul] takes a message [from Gezi protesters], the other one delivers a message: 'I will not bow down to anyone other than God.'

"As a matter of fact, had he bowed down to them once — for example, had he given any concession to demands such as 'let there be no bridge or airport' under the camouflage of pluralism and 'ballots are not the only thing' — then he would be agreeing to be ruled from the street. And once you agree to be ruled from the street, someone can come out and say, 'Tear down Marmararay [the new tunnel under the Bosporus]' as well, right? Aren’t demands a waterfall?”

First, I must note a flaw in Tuna’s argument: He only refers to the extreme demands of the Gezi Park movement — that the construction of Istanbul’s third bridge and new airport should be stopped, out of environmental concerns — but he skips their main demand: Gezi Park should have remained a park and not turned into a shopping mall as Erdogan had announced. Arguably, this more reasonable and modest demand could have been accepted right at the beginning of the events, and protests could have been calmed down.

But what is more significant is the way Tuna perceives the notion of political concession: It is not a first step forward toward reconciliation. It is rather the first step back toward downfall. Once the malicious people on the other side see your concession, they will become only more invigorated and aggressive. So you should keep them at bay by never accepting any of their demands and showing them how tough you are.

Of course, such an uncompromising mentality is not unheard of in politics. The Benjamin Netanyahu government of Israel, for example, presents a similar mindset when it comes to Iran, arguing that every dovish approach to the Islamic Republic will prove to be a suicidal “appeasement” similar to what Neville Chamberlain tried against Hitler in the late 1930s. But that hawkish argument of the Israeli right is a theme in international politics. Turkey’s hawks use the same argument in domestic politics — and they hardly use anything else.

This is why while Erdogan’s growing authoritarianism puzzles the West, it makes him only more popular at home among his conservative base. In fact, most conservatives love Erdogan precisely for being so defiant. One could see this feeling on the huge posters of Erdogan that were put up all around Istanbul during the recent election campaign: They carried a resolute pose of the prime minister and two simple words: “iron will.”

To be sure, it is not just Erdogan’s supporters who love an iron will, but most of his opponents as well. For decades, Turkey’s secularists praised Ataturk’s authoritarian legacy and rallied behind the military, which insisted in oppressing the “reactionaries” and the “separatists,” or religious conservatives and Kurdish nationalists, with all means possible. Those secularists, too, believed that even one concession from their ideological ways, such as lifting the headscarf ban in universities, would be the beginning of their end.

The natural results of this highly combative, stubborn and draconian political culture are Turkey’s never-ending political battles, purges and vendettas. Exceptional figures such as Gul, or recently Turgut Ozal, try to reconcile warring factions by offering moderation and pragmatism, but their influence remains limited. Since all major camps deeply suspect each other, they easily fall for the doctrine of pre-emptive authoritarianism, thinking that the only alternative to be crushed by the iron will is to impose the iron will before the other side does.

Unfortunately, this means that Turkey is not likely to find peace of mind anytime soon. I used to put my faith in the moderating power of the market economy — the win-win mentality it promotes instead of the common zero-sum game — but that is not creating any rapid miracles either. It is more likely that Turks will arrive at liberal values only after going through the tough experiences of pre-European Union Europe: hurting each other over and over again until all factions become exhausted and come to agree that none should be demonized and all should be respected.