Turkey’s president may emerge as the new face of the ruling AKP. 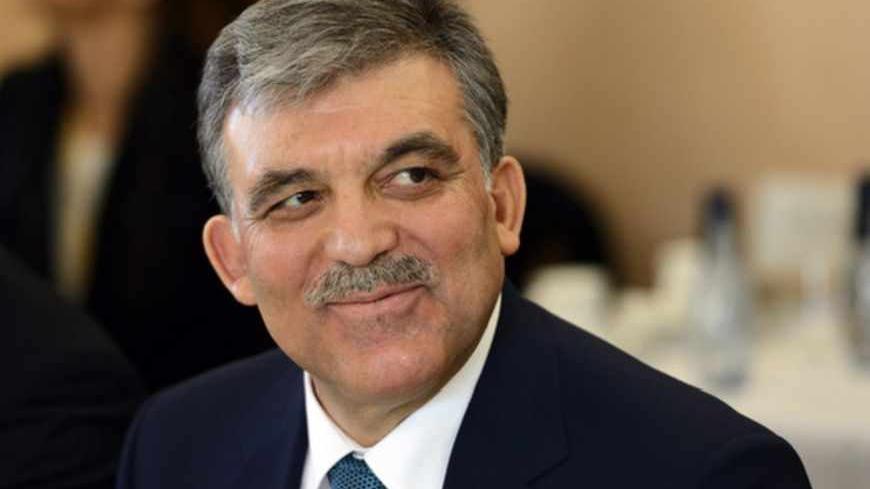 The nationwide demonstrations following the police brutality against a small group of peaceful protesters in Istanbul’s Gezi Park has provided Turkish President Abdullah Gul with an opportunity to display unifying leadership.

This is increasingly crucial at a time when Prime Minister Recep Tayyip Erdogan appears determined to use his electoral victory to pursue policies that are driven by his Islamist outlook and dividing the nation dangerously. The vitriolic tone Erdogan insists on maintaining against the 50% that did not vote for him in June 2011 will make such leadership stand out even more in the coming period.

More social turbulence is expected in Turkey because of Erdogan’s uncompromising defiance of his rivals, a fact that also has foreign and domestic investors worried. This will train eyes on Gul and his capacity to reassure the world that Turkey is not moving toward an authoritarian one-man rule that would have a destabilizing effect on the country.

Two remarks of Gul’s, while the demonstrations were in full swing, stand out. The first is his declaration, in a statement on June 3, that “Democracy does not only mean elections,” while the second one is his words, in the same statement, indicating that “the well intentioned message” from the streets “had been received.”

“In Turkey, the thoughts and beliefs of everyone are respected. We live in an open society and we all have to be respectful of different ideas, views, political inclinations and beliefs,” Gul went on to say in his statement posted on the presidency’s official web page.

Gul’s remarks, which were not a response to any question by journalists, but were prepared with some forethought, clearly annoyed Erdogan, who was asked by reporters for his comments during an official visit to Morocco.

“The ballot box expresses the will of the people,” Erdogan insisted, according to the daily Hurriyet (June 3), adding that he did not know what was “in front of or behind” Gul’s words.

As for Gul’s remark about the message of the demonstrators having been received, Erdogan responded, “When he says he received the message, I cannot say I know the content of the message.” Many in Turkey are taking Gul’s remarks and Erdogan’s cool and somewhat curt response as a sign of a potential rivalry between the two men, which may become more apparent in the lead-up to the 2014 presidential elections.

Erdogan’s Justice and Development Party (AKP) is currently trying to draft a new constitution that will enable him to become president unencumbered by any checks and balances. This attempt alone is seen as a clear manifestation of Erdogan’s desire to become an authoritarian leader.

Meanwhile, members of Gul’s inner circle have indicated to this reporter, among others, that Gul is against such a presidential system, believing instead that Turkey’s existing parliamentary system suffices and should be raised to European standards. It must also be noted here that, unlike Erdogan, Gul has never had an issue with European democratic values.

This has been sufficiently demonstrated in the past, during his successive opening speeches kicking off the Parliament’s new legislative year. During those speeches, Gul has consistently exhorted deputies not to stray from the path of EU membership and to bring European standards to Turkey in order to improve the quality of life of the average citizen.

Erdogan could not, of course, have been pleased on learning that this week’s edition of the highly influential Economist magazine caricaturizes him as an Ottoman sultan in its cover story, and indicates that he “must prepare to pass leadership of [the AKP], and executive power, to the more statesmanlike Mr. Gul at the next election.”

The Economist also recalled that Margret Thatcher was more or less forced to resign as prime minister of the United Kingdom at the height of her power following violent demonstrations and rioting in response to some of her political decisions. This could not have gone down well with Erdogan, who, contrary to what Gul is saying, believes that democracy is all about elections.

That Gul held discussions with a host of key political and social personalities this week while Erdogan was out of the country in order to diffuse the situation also indicates that he is not prepared to sit back and watch while the country suffers social strife. His meetings started with Deputy Prime Minister Bulent Arinc, who apologized to the nation, after his talks with Gul, for the police brutality that triggered the nationwide demonstrations and riots.

Gul also met with Sirri Sureyya Onder, a deputy from the Peace and Democracy Party, who played a crucial role in saving the trees in Gezi Park and was hospitalized after the police attacked the demonstrators in the early hours of June 1.

On Thursday, June 6, Gul received Metin Fevzioglu, the head of the Union of Turkish Bar Associations, who complained about police brutality against the group's members.

Fevzioglu was reported by Hurriyet (June 7) as telling reporters later that the president had also assured them he “would not allow a witch hunt” for those who had used their Twitter accounts to post messages during the demonstrations. This follows press reports that arrests have started in Izmir, Turkey’s third-largest city, for tweets posted during the demonstrations.

All of this points to Gul’s innate democratic instincts. He is a devout Muslim, of course, but has always displayed a tolerant “live and let live” outlook. He is also known for his exhortations to the Islamic world on behalf of democracy, human rights, women’s rights and respect for different beliefs or lack thereof. His speech to the Organization of the Islamic Conference (OIC) summit in Tehran, May 2003, remains a striking case in point.

Having said all this, though, the question remains whether Gul, in the final analysis, will follow his democratic instincts and run against Erdogan, or shy away from blocking Erdogan’s path, given that the two set out on their political mission together and established the AKP, carrying it to electoral victory in November 2002.

If Gul opts for the latter course, his credibility will take a serious blow. This course will contribute to dividing the nation further, rather than unifying it, and result in his exit from the scene as an influential politician, since he will have left the field to Erdogan and his increasingly authoritarian ways.

Should Gul decide, however, to remain in the forefront of active politics as a leader, at his young age and with many years ahead of him, he has natural advantages that must worry Erdogan. One major advantage is, of course, that he is also of AKP origin, which means supporters of the party that are wary of Erdogan’s abrasive manner but who would never dream of voting for an opposition candidate could easily turn to Gul.

It will still take some time, though we will not have to wait too long to see if Gul emerges as Turkey’s new leader after 2014. But given the politically flaccid opposition as well as the absence of any other viable rival to Erdogan, Gul appears to be the only one who could.