While the partnership between Hezbollah and the Future Movement in the new Lebanese government is good start, to be truly successful, they must directly address terrorism together. 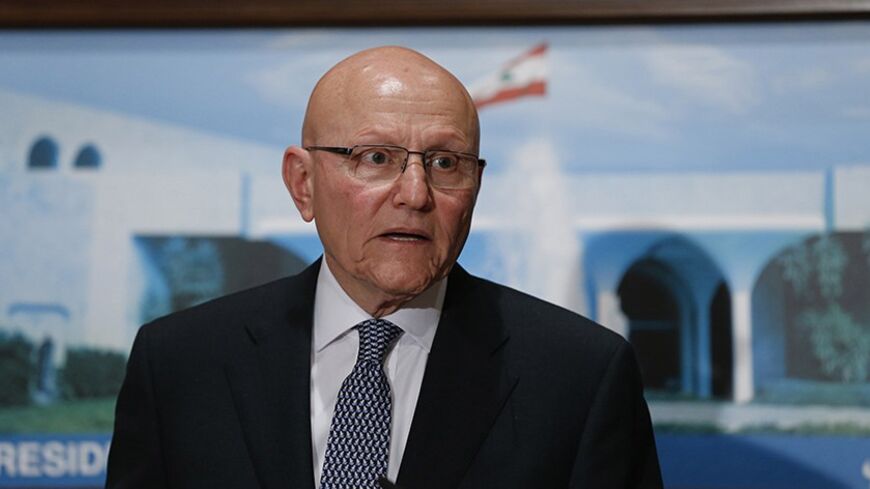 On Feb. 19, shortly after the new Lebanese government was formed, a horrible explosion shook the southern suburbs of Beirut, killing seven people and leaving more than 100 wounded. The Abdullah Azzam Brigades, a group linked to al-Qaeda, claimed responsibility for the attack. Only a few days after the explosion, on Feb. 22, the Lebanese army was also targeted by an explosion in the town of Hermel in the Bekaa Valley, killing two soldiers and a civilian.

Terrorism has become a daily occurrence for the Lebanese, and the main questions today are: How can this death trap be stopped? And will the long-awaited government and the return of Sunni moderation to power and to the head of the sovereign security ministries be enough to stop the jihadist terrorism that is seeping into this small country?

There is no doubt that Hezbollah has made essential concessions for the sake of the formation of the government. The party aimed to keep up with the Iranian openness policy, but was first and foremost driven by security reasons. Hezbollah likely feels that ruling alone would isolate it, especially since it has decided to stick with its military support of the Syrian regime. Hezbollah also realized that a one-sided government would be a burden. It would likely further agitate people — especially the Sunni crowds — and deprive the party of all political and security cover. For these reasons, Hezbollah settled for a partnership with the moderate Sunnis, represented by the Future Movement, after it had excluded the movement from power in 2011. Openness to former enemies might contribute to extinguishing the sectarian fire, which has turned into terrorism that is ripping through the party’s regions. In fact, Hezbollah pushing the Future Movement to the forefront is nothing but an attempt to hold it equally accountable.

Hezbollah led a forceful campaign against Saudi Arabia and accused it of sponsoring terrorism and being responsible for the Iranian Embassy bombing in Beirut’s southern suburbs on Nov. 19. This bombing left 23 dead and more than 150 injured, and the Abdullah Azzam Brigades released a statement claiming responsibility for the attack. Yet, despite this animosity between Hezbollah and Riyadh, the former is cooperating with Saudi Arabia’s first ally in Lebanon, the Future Movement. The party agreed that the Future Movement would occupy the main security position.

Undoubtedly, Hezbollah’s reduced representation in government and the strong representation of its enemies will allow the party to corner its former enemies. And Hezbollah’s demand that its opponents lift the political cover for terrorists is only the beginning of a new approach. Moreover, Hezbollah is trying to regain the support of its public. The latter is more comfortable being in the position of the opposing, rebellious and “persecuted” public — a political precedent in so-called political Shiism — rather than anything else, especially since this allows the party to keep its weapons and security organization off the actual dialogue table.

The March 14 bloc agreed to sit at the same table with Hezbollah, although the latter did not end its military involvement in support of the Syrian regime. This was a remarkable situation in the formation of the government, as March 14 had named the withdrawal of Hezbollah from Syria as a condition for participating with it in the government. In fact, Hezbollah continues persistently, as Secretary-General Hassan Nasrallah confirmed in his televised speech Feb. 16, to fight alongside the Syrian regime. Meanwhile, the party sits at the Cabinet’s table in Beirut, demanding its “partners” control security and stop the terrorism that is seeping into its stronghold. In other words, the party is asking its current partners, who were its former enemies, to protect it while it continues its battles in Syria — battles that those partners initially objected to.

It's hard to believe that such a situation can persist. The underlying contradiction might erupt sooner or later, and the cost could be very high on all levels. It is true that moderate Sunnis publicly refuse the wave of radicalism. It is also true that their stance is honest, since extremists are competing with them over the same Sunni base that currently feels insulted and desperate due to Iranian policies in the Arab world. Moreover, all parties have tried to drown their disagreements in vague and literary speeches in the ministerial statement. Nevertheless, Hezbollah’s fighting alongside the Syrian regime has had a deep impact on the Arab and Islamic consciousness, which has contributed to a large extent in reawakening the dormant devils of sectarian strife.

Hezbollah is trying in vain to convince its public that the jihadist danger has nothing to do with its involvement in the Syrian war and that this danger is a social phenomenon that was around even before the Syrian crisis broke out. It started in Afghanistan under the Soviet occupation and has been growing ever since to its current unprecedented dimensions. While it is true that extremism was not born with the outbreak of the Syrian crisis, it is also true that the Syrian revolution remained for months a peaceful, civil one that refused any military option. However, it soon clashed with the regime’s hostility and the world’s nonchalance. Anyone who understands the situation in Lebanon, Syria or the Levant is well aware that the mainstream Muslims of these societies, conservative as they might be, are very far from radicalism or barbarity.

However, the Levant became a hub for extremist groups because people were overwhelmed with injustice and abandonment, and the moderate opposition was weakened, ruling out the alternatives. To fight radicalism, we must first address the roots of the problem instead of treating it superficially. The ostrich policy that involves ignoring the causes or denying them is not efficient. Instead, it aggravates the problem and increases violence and crime. Oppression, ignorance and the lack of alternatives breed terrorism. In light of this, and contrary to what is being marketed, tyrants are the primary allies of jihadist terrorism.

Meanwhile, in Lebanon, deterring terrorism tops the list of priorities, along with ending the bloody series of explosions. It's important to note that Hezbollah’s partnership with the moderate Sunnis, demonstrated in the recent cabinet, is the most suitable option and the first step to preserving Lebanese stability. However, this partnership should be real and far removed from any maneuvers to corner a certain party or provide political cover for policies that led to terrorism and violence in the first place. The partnership should be founded on eradicating oppression and aggression, which are the first source of violence. It should aim to build bridges, the first being the bridge of a united sovereign state. This cannot happen without acknowledging the state’s sole right to possess weapons and without accepting the disassociation principle to distance Lebanon from major conflicts in a region where greed is growing and spaces for honest dialogue are dwindling.