Although the Iraqi government claims its campaign in Anbar is aimed at eradicating terrorism, the threat to the country is actually spreading because of the expansion of foreign jihadist networks based in Syria. 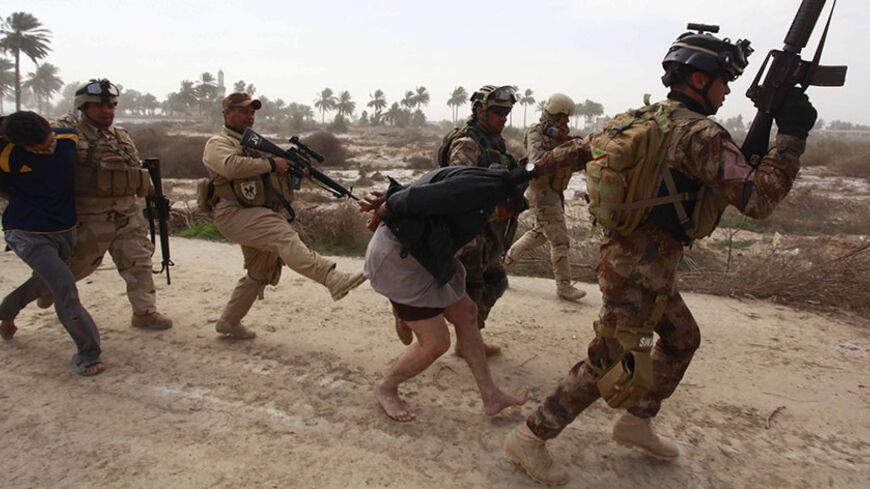 Al-Qaeda and the Islamic State of Iraq and al-Sham (ISIS) will most likely not be defeated in Iraq, and the latter will remain a hub accommodating terrorism. The current equation in the country is simple and easy to understand. The situation in Iraq is linked to a terrorist network that has invaded the world and is no longer restricted to the presence of al-Qaeda and ISIS in Iraq, but includes all the countries in the region and the world. The proof is that there are currently about 7,500 foreign militants from 50 countries in Syria, according to estimates by US intelligence.

During a Senate Armed Services Committee hearing on Feb. 11, US Director of National Intelligence James Clapper said that he did not think al-Qaeda would be defeated soon. “[Al-Qaeda] is morphing and franchising itself, not only [in North Africa] but in other areas of the world,” Clapper said.

So, is the Iraqi government really convinced that it is capable of defeating al-Qaeda and ISIS through its war in the Anbar province? The answer is no, said Ali al-Mousawi, the media adviser to Iraqi Prime Minister Nouri al-Maliki, in exclusive statements to Al-Monitor. “Our war on terrorism will fail if we do not get international support, through clear stances, against states supporting terrorism in the region. Terrorism hotbeds in the world should be dried up. This hasn’t happened so far,” he noted.

Mousawi stated that Iraq had not held dialogues with the Syrian government to put in place a common plan to fight al-Qaeda and ISIS, although the battlefield will become, at some point, a common one against the same enemy. He claimed that the Syrian government does not have control of the regions on the border with Iraq, and thus such talks would be ineffective.

Al-Monitor asked Mousawi about Baghdad’s expectations after ISIS and al-Qaeda are expelled from Iraq. Will the battle move to the Iraqi-Syrian border and continue until the crisis in Syria ends, so that Baghdad can determine who will control the border and thus open the doors for dialogue? He answered, “We want to eradicate al-Qaeda and ISIS from Iraq and get rid of them for good.”

Does the Iraqi government expect to get rid of terrorism in Iraq just by ending its war in Anbar? What about Mosul, Diyala, Baghdad and the other provinces that are hotbeds for al-Qaeda and ISIS? The Iraqi government has said nothing about these provinces.

Furthermore, Baghdad still has not declared the size and power of the enemy it is combating, namely terrorism. And can the new-born Iraqi army really face the enemy, knowing that it lacks many of the elements that usually characterize a real and efficient army? The answer is also no. Otherwise, the Iraqi government would not have resorted to the formation of supportive forces comprising general citizens, known as Sahwa forces, to be used in the war in Anbar. Moreover, if it was really capable of fighting the enemy, the government also would not have resorted to the United States to provide it with arms and equipment and train its army to work on advanced weapons systems. In any case, such training cannot happen overnight. It needs months, and maybe even years to be accomplished.

Maj. Gen. William Bender, a pilot in the US Air Force and the deputy chief of the Office of Security Cooperation in Iraq, told Al-Monitor and a group of journalists at a meeting held at the headquarters of the US Embassy on Feb. 13 that the Iraqi government signed a 30-year contract with Lockheed Martin. The contract includes supplying Iraq with F-16 fighter jets and Apache attack helicopters, and initially training 16 Iraqi pilots to fly them. According to the contract, the training will begin early next month, but the manufacture of the aircraft that the Iraqi government wants to buy has not yet started, Bender noted.

This clearly indicates that the Iraqi government has entered into a losing war, because it did not prepare well before declaring it.