Will the Iraqi Jewish archive be off-limits to Jews?

The restored Iraqi Jewish archive may soon leave the United States for Baghdad, making this piece of Jewish heritage almost inaccessible to Jews. 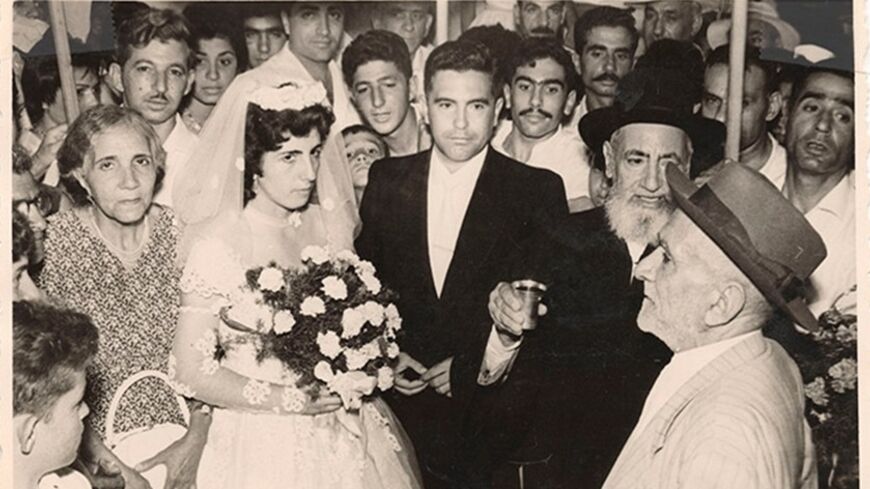 “Jews have lived in Iraq for thousands of years. As with every other community in Iraq, they played a crucial role in building our country and contributing to our culture.” This surprising statement was published Feb. 3 in an open letter from Lukman Faily, the Iraqi ambassador to the United States.

Faily is referring to the Iraqi Jewish archive, which was found by US Marines in 2003 in one of the cellars of Iraqi leader Saddam Hussein’s General Intelligence Service (Mukhabarat). The cellar was partially flooded, and hundreds of the crates that it contained were rotting, but the US forces immediately realized that they had stumbled across a real treasure trove, which it turned out included ancient pieces of Judaica, holy books, documents and photographs depicting the life of the Jewish community in Baghdad. This community lived in the now-Muslim-dominated society for thousands of years while taking care to preserve its Jewish character, culture and religion.

The crates were transferred to the United States so that their contents could undergo restoration. The project lasted 10 years. Last November, a few of the items were put on public display for 2½ months in a successful exhibition in Washington. The exhibit opened Feb. 4 in New York. Faily wrote his letter on the occasion of the grand opening.

“I was privileged,” he wrote, “to have participated in both the opening ceremony for the Iraqi National Jewish Archive at the National Archives in Washington, D.C., last October, and at the burial ceremony of 49 Torah scroll fragments in New York in December. This is a testament to the Iraqi government’s commitment to supporting the Iraqi diaspora including the Iraqi-Jewish Community.”

The New York exhibit (and before that, the exhibition in Washington) features artifacts from the archive that were rescued. Next summer, these items, now restored, are slated to return to Iraq. The United States made a commitment to the shadow government established during the Gulf War that it would return the artifacts to the Iraq Museum in Baghdad after their restoration. The director of Iraq’s national museum will soon arrive in Washington. According to the Iraqi ambassador, he (along with the ambassador) will engage Americans in a discussion about how to make the documents accessible to the general public to show “what humanity can accomplish when we live together in mutual respect.”

When I paid a visit to the Washington exhibit on the day before it closed, I was in awe just entering the National Archives. I grew up in the home of Jews who had immigrated to Israel from Iraq, taking with them just one small suitcase. They left an entire, vast heritage behind. My parents emigrated from the town of Hilla, known in ancient times as Babylon, on the banks of the Euphrates River. The remains of the Tower of Babel still stand just a few kilometers from the town, most of whose homes were built along the river, which was Hilla’s lifeblood.

Among the few items that my parents brought to Israel from the land of their birth were faded photographs of festive events celebrated by Hilla's Jewish community. These included a wedding, a circumcision and a bar mitzvah. There were also lots of pictures of the Jews comprising the community, the men in tailored suits and the women in long gowns, standing along the Euphrates. Pictures similar to the photos in my parents’ home were found in the cellars of the Mukhabarat and are now on public display.

One image attracted my attention more than any other — a photo of a bride and groom at their wedding ceremony. The rabbi is holding the groom’s hand, and the bride is clutching a bouquet of white flowers. The excited guests, apparently family, can be seen behind them looking up. My parents have a picture exactly like this. My father is standing beside my mother, who is holding a bouquet of flowers and is surrounded by family members who look remarkably like the people in the photograph on exhibit.

I posted this photograph to my Facebook page. I was curious to find the identities of the bride and groom, whose intimate, private family wedding somehow ended up in the cellar of Hussein’s Mukhabarat. I have yet to identify the couple or any of the family members around them, sharing in their excitement. Do any of the readers recognize the people in the photograph above?

Not only pictures were found at the Mukhabarat. One of the crates contained a Passover Haggadah (textbook) covered with stains, some of them mud, apparently from the cellar in which it was stored. Some of the stains, however, are from wine from the Passover ritual dinner that Iraqi Jews held along the rivers of Babylon. There was also a sacred Ark that survived among the ancient Jewish community where the Torah scrolls were kept and lots of documents. One of the most important of the documents proclaims that the citizenship of the Jews who left Iraq had been revoked by law. The royal decree concludes with the words, “Baghdad, 1951.” That was the year my parents immigrated to Israel. 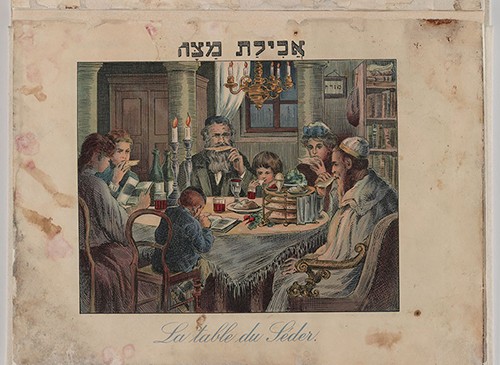 A Passover Haggadah published in Vienna in 1930 from the Iraqi Jewish Archives. (National Archives)

Ten years ago, I found the house in Hilla that my parents had left. During my visit to Iraq as a journalist, I spent hours wandering through the old Jewish neighborhood on the banks of the Euphrates, looking for the house where my parents got married and where my three siblings were born. Fifty years had passed since the Jews left and the moment I set foot in that decrepit neighborhood, which had suffered dearly during Hussein’s reign of terror.

I had a hard time finding the house. According to the directions my mother gave me, theirs was the first house along the river, right next to the Al-Aida Hospital. When I arrived in the neighborhood, none of the local residents could tell me where the hospital was. The hospital that was there had a different name. I was about to give up and return to Baghdad when an old man from the neighborhood told me that the nearby hospital is relatively new and that it was built on the ruins of an older hospital called Al-Aida. That was how I found my parents' house. It had none of the charm that they carried with them all those years and which they continued to dream about, along with all the other fond memories of their experiences in Iraq’s warm Jewish community.

Over the years, the longing for the house in Hilla faded, and the memories became a blur. The older members of the community who emigrated from Iraq have all passed away. There are no more Jews in today's Iraq. The 120,000 members of the community left for Israel, mainly during Operation Ezra and Nehemiah in 1951. About a quarter of them went to various countries in Europe or to the United States. According to Jewish organizations, the Iraqi archive is Jewish property that belongs to the community, and as such, should be handed over to the community to protect.

Upon returning from my trip to Iraq, I discovered that the descendants of these immigrants were eager to hear every little detail about their roots and about the Jewish heritage that survived for thousands of years right next to biblical Babylon. The artifacts discovered in the Mukhabarat's cellars and painstakingly restored shed valuable light on that heritage.

The time is fast approaching when the United States will have to fulfill its commitment to return the artifacts to Baghdad. Was the Iraqi ambassador’s statement before the New York exhibition intended to push back against any possible requests that the artifacts be kept outside Iraq?

There is an even bigger question, however: Will it be possible to persuade the Iraqi government of Prime Minister Nouri al-Maliki to freely relinquish this treasure of historic significance as a gesture of goodwill, particularly since it is historically significant only to the Jews of Iraq? In other words, would they be willing to leave these artifacts outside Iraq so that Jews can see their heritage?

by Murielle KASPRZAK and Joseph SCHMID | AFP | May 26, 2022
END_OF_DOCUMENT_TOKEN_TO_BE_REPLACED