Who will compensate Jewish refugees from Arab lands?

Despite a willingness by US envoy Martin Indyk to consider compensation for Jewish refugees as part of an Israeli-Palestinian agreement, no Arab country or the United States has the financial means to make it happen. 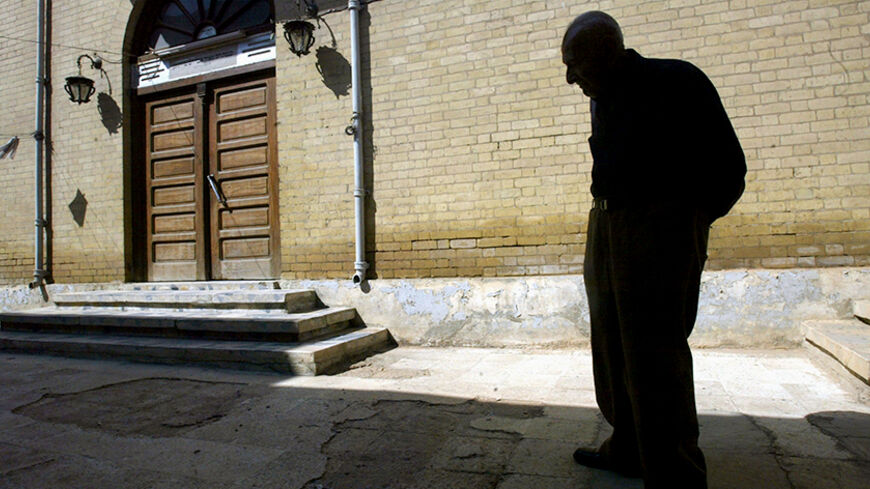 In December 2003, just days after deposed President Saddam Hussein was captured, I went to Iraq as a journalist.

“If you get to Hilla,” my mother told me, “look for our house on the banks of the Euphrates.”

I wasn’t born in that house, a home that my parents never stopped longing for ever since they immigrated to Israel in 1951 in Operation Ezra and Nehemiah. Nor was I going to Iraq to search for my roots. Still, curiosity got the best of me and led me to the town where my parents were born. I had pictures of the house taken 50 years earlier, and with that I was able to locate the home they abandoned with everything still in it so that they could immigrate to Israel.

The city of Hilla, known in ancient times as Babylon, is located about 50 kilometers (31 miles) southeast of Baghdad. It is still scarred by the marks of all those wars that Saddam led his people through over the years, from the war with Iran to the Gulf War.

The house that my parents described as “luxurious” for all those years really didn’t look that way. What I found was an abandoned building that had been turned into a warehouse, well-fitting that impoverished and neglected town where children wander the streets in torn shoes, playing in puddles and mud.

Over time, I realized that what pained my parents most wasn’t the property that they left behind, but the problems of absorption they faced in Israel. Like the other 130,000 Iraqi Jews and the many other immigrants who arrived in the young State of Israel, they were housed in tents and transit camps, so it is only natural that they yearned for that house on the banks of the Euphrates River.

Just a few days after I visited Hilla, a series of terrorist attacks rocked the city. Car bombs targeting the US military blew up one after the other downtown and I wondered: Does my parents’ home, which seems to have survived, have any financial value in an Iraq wracked by a bloody civil war between Sunnis and Shiites?

The topic of property left behind by Jews who emigrated from the Arab states is not new, and it was recognized by Martin Indyk, the US envoy to the talks with the Palestinians. Indyk, who recently held discussions with Jewish leaders in the United States, was quoted as saying that a proposal to compensate Jews from Arab states is being examined seriously, under the assumption that such a move would result in widespread support for a Palestinian-Israel framework agreement.

Numerous groups, including umbrella organizations representing Jews from Arab states, have spent years requesting that the Israeli government demand compensation for Jewish property left behind. They firmly reject any claims that Jews left willingly and that they willfully abandoned their property there.

At the annual gathering of Jews from Arab states, which took place at the United Nations in November 2013, Israeli Ambassador to the UN Ron Prosor said, “Sixty-five years have passed and the Arab states have not been asked to account for their crimes.” Israel’s representatives provided data and testimony to UN ambassadors and other invited guests about the “forgotten million,” the million Jews who lost their property in the Arab states.

From the studies she conducted, sociologist Ada Aharoni estimated that some 850,000 Jews lived in the Arab states in 1948, and that most of these communities had disappeared there by 1976. About 600,000 of these people immigrated to Israel, while the remainder went to other countries such as France, Britain, the United States and Australia. Once the original communities were deserted, the leaders of Arab states such as  Iraq, Libya, Algeria and Egypt ordered the confiscation of private and public Jewish property. Aharoni estimated that some of that property is still being held by banks in the various countries of origin.

Indeed, one of the big remaining questions is: What is the net value of Jewish property, both private and public, that was confiscated by the various Arab leaders since 1948, and how can it be assessed?

Justice for Jews from Arab Countries claims that the property is valued at $30 billion. Nahum, an organization representing Jews from Iraq, claims that in that country alone, Jewish property is estimated to be worth $100 billion. Meanwhile, American economist Sidney Zabludoff, a former US government official, estimated that the property was worth $700 million in the 1950s, and that its approximate value in 2007 was $6 billion.

Regardless, the heads of these organizations are well-aware that they have a long way to go before any compensation materializes. Even if this is “just” a billion dollars, how should this money be returned? Who is asked to pay it back? Is Shiite Prime Minister of Iraq Nouri al-Maliki, who is dealing with armed al-Qaeda gangs and rebuilding a country with an economic infrastructure in ruins, able to take hundreds of millions of dollars out of his budget and hand them back to Iraq's Jewish emigrants?

And what about the Egyptian Jews? Does anyone really think that Egypt is capable of compensating the Jews for their property, especially after two revolutions, especially with an economy in collapse and the country’s new leaders pleading with the US administration not to cut foreign aid?

What about the Jews of Libya? Yemen? Syria? Does anybody really think that Arab leaders today would spend billions of dollars just to resolve the Palestinian-Israeli conflict?

After the signing of the historic peace agreement between Israel and Egypt, the United States provided the two countries with generous peace grants, valued at hundreds of millions of dollars. Egypt's then-President Anwar Sadat spent that money to build transportation infrastructure in overcrowded Cairo. Israel used the money to compensate the residents of Yamit, who were evacuated from the Sinai Peninsula, and for various security projects in the north.

The assumption (or hope) that the United States would again pour huge amounts of money from its own budget, if and when an agreement is signed between Israel and the Palestinians, is utterly unrealistic. The United States is currently dealing with a big economic slowdown, so the chance of there being yet another round of those generous peace grants is nil.

Nevertheless, even if the Jews from Arab states, like my parents who left their home in Hilla, don’t receive a penny in compensation, international recognition of their suffering would be considered some small consolation.