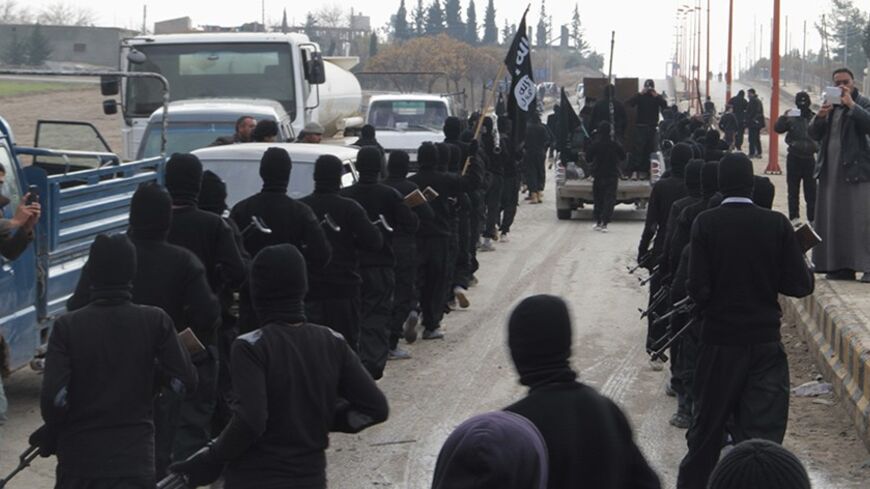 Fighters of al-Qaeda-linked Islamic State of Iraq and al-Sham parade at the Syrian town of Tel Abyad, near the border with Turkey, Jan. 2, 2014. - REUTERS/Yaser Al-Khodor 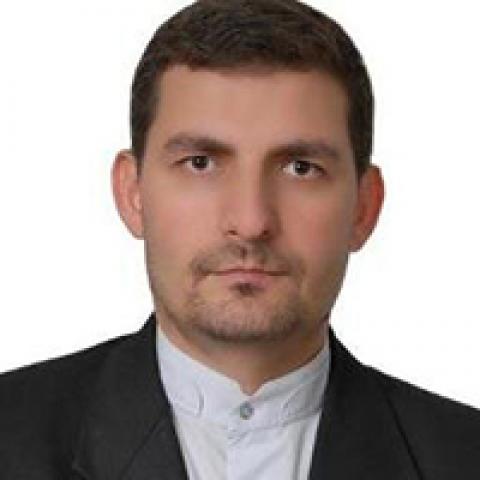 Sadly, the Geneva II summit on Syria lived up to the pessimistic predictions about its outcome. Without doubt, the fiasco of first inviting Iran and then retracting the invite — because of unreasonable US pressure — made a "mission impossible" in Geneva doubly so. Now that the first round of talks is over, we can calmly revisit the issue of Iran’s role in any future resolution of the Syrian conflict.

From the moment popular movements in the Middle East emerged, Iran urged self-restraint by the governments in the region toward the popular protests as well as paying attention to the legitimate demands of the people, and Syria was no exception. In their meetings with Syrian officials, Iranian officials consistently provided such advice. Yet, with the huge flow of money, arms and extremists into Syria, the nature of the problem changed. A prevailing interpretation then was that some regional governments are concerned about the domino effect of the Islamic awakening, also referred to as the Arab Spring, and prefer to divert this domino toward Syria and thus "bury" it there by transforming the Syrian crisis into a bloody military contest.

Early on, Iran repeatedly warned of the threat of steady radicalization of the situation in Syria and time and again asked Syria’s neighbors to live up to their international obligations and prevent the flow of money, arms and militias to Syria.

After the United Nations and the Arab League appointed Kofi Annan as the special envoy on Syria in February 2011, the Syrian government was highly skeptical of Annan’s mission, particularly as it coincided with the rash decision by the Arab League to expel Syria. But Iran, based on years of knowledge and cooperation with (former UN chief) Annan, managed to convince Damascus to receive Annan.

Unfortunately, five months of Annan’s efforts, including his six point peace plan, came to naught mainly due to the opposition of armed groups, and this led to his resignation. The story was repeated with the selection of Lakhdar Brahimi as Annan’s successor, but more efforts on Iran's part were required due to Syria’s fruitless cooperation with Annan.

Another example of Iran’s constructive role in the Syrian crisis concerns the issue of chemical disarmament, which has been widely covered, as well as Iran’s mediation role in establishing aid corridors to remove civilians from the conflict zones in Syria and send humanitarian assistance.

The firm consistency of Iran’s policy (and declarations) on Syria is yet another factor confirming Iran’s positive role. Iran’s first priority has always been to immediately stop the bloodshed in Syria, considered even more important than the future political arrangements in that country. The latter issue perhaps does not have the same urgency for some out-of-region countries, akin to different responses to putting out a neighborhood fire. In a meeting with the UN secretary-general in August 2012, Iran’s supreme leader clearly emphasized this issue.

With respect to the numerous allegations against Iran (on Syria), we have always reiterated that Syria has a very strong army — prepared for decades to confront the Israelis — and therefore does not need any other country's military presence on the ground. Still, Iran never denied its strong and unwavering friendship with the government and people of Syria. The Syrian government is, after all, a legitimate member of the UN, recognized even by the countries supporting the extremist groups in Syria. Therefore, any kind of state-to-state cooperation for the sake of alleviating the pain of a war-afflicted population and the Syrian refugees, or for bringing security to the country, is within the scope of recognized international norms. In comparison, a number of UN Security Council and General Assembly resolutions have obligated the member states to refrain from support for the terrorists and armed groups, including their transit to Syria. In addition, the Counter-Terrorism Committee (CTC) set up under the Security Council’s auspices per Resolution 1373 (2001), should have a more active role in convincing these countries to stop the flow of arms and fighters to the extremist groups in Syria.

From Iran’s point of view, the conflict in Syria has no military solution and Syria’s future should be determined by the ballot box, and all potential candidates — including President Bashar al-Assad — should be allowed to participate in a free and fair election. In this connection, Iran has tried to prepare the ground for dialogue between the government and the Syrian opposition, including hosting three international conferences on peaceful dialogue in Syria that included, among others, representatives from Syria's diverse ethnic and religious groups.

We firmly believe that to attain peace in Syria the first step is the immediate freeze in the flow of arms and extremist groups to Syria, and simultaneous pressure on the armed groups inside Syria to pursue a political solution. Sadly, today parts of Syria have turned into a haven for extremist groups and as a result any delay in finding a political solution represents a serious threat not only for Syria and the other countries in the region but the whole world. We are fully ready to help halt this tragedy.