While Moscow and Tehran have historically been neither friend nor foe, and challenges remain, shared interests on Syria, counterterrorism, security and energy could move Iran and Russia increasingly toward more comprehensive strategic cooperation. 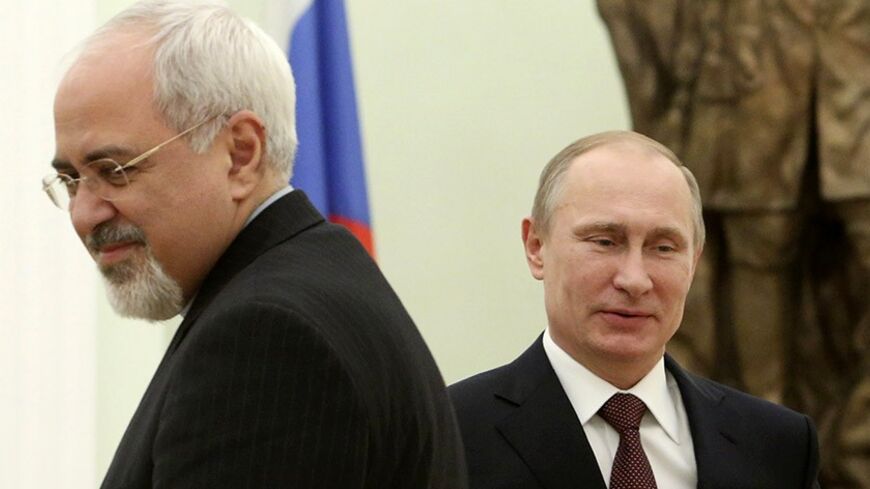 During a televised interview on Feb. 5, President Hassan Rouhani commented on Iran’s international relations, asserting that there will be a new dynamic in Iran-Russia relations. Although Rouhani's government is in general pursuing the objective of improving relations with immediate neighbors, there is no doubt that Russia occupies a special position in Tehran's regional and international strategy.

Diplomatic exchanges between the two sides have been on the rise since Rouhani attended the Shanghai Cooperation Organization summit in Bishkek in September 2013. In fact, Russian President Vladimir Putin is planning to soon visit Iran to further consolidate this new era in relations.

To gauge the outlook for these developing ties, one needs to understand the motivations on both sides. Russia and Iran have had a rivalry as well as occasional cooperation throughout the past century. For Russia, and previously the Soviet Union, Iran was never a close ally or a client state. In turn, Tehran was never able to develop a trusting relationship with Moscow. Nonetheless, geographical proximity, shared regional interests and the geopolitics of energy have connected the two states on strategic, energy-related and regional issues.

The latest common interest pushing the two powers closer is Syria. Both governments view the developments there as a precursor of a redistribution of power in a new Middle East. Thus, it came as no surprise that in a Feb. 4 meeting between Adm. Ali Shamkhani, secretary of Iran's Supreme National Security Council, and Yevgeny Lukyanov, deputy secretary of the Security Council of Russia, the two sides announced that they want to promote relations in the “security and economic spheres.” Notwithstanding this desire, it will require a major effort to advance on common ground amid their overall interests. Leaving aside historical tensions, there are a number of current issues potentially producing strains between the two sides.

Both consider themselves important and independent regional and international players, but both also see the United States as the primary power trying to undermine their regional and international roles. As a consequence, while there is some overlap in interests — such as containing jihadist terrorism or resolving the Syrian crisis — other interests are divergent, including the Caspian Sea legal regime, gas export routes and general regional interests in Central Asia and the Caucasus.

The complexity of Tehran-Moscow relations is reflected in a singe fact: While they have had a common interest in counterbalancing Washington’s influence in the Caspian region, their own competition has blocked coordination of policy there, undermining both sides. Therefore, one key issue of divergence is how the two powers position themselves toward international and regional players. Although currently distorted by sanctions, the contrast is also evident in the energy sector. Russian energy and construction firms are extensively active in Iraq, but in Iran, Russian participation in the energy sector is minimal, with Russian technicians mainly limited to construction activity at the Bushehr nuclear power plant.

One area of rivalry is the potential role of Iran and Russia as major global energy exporters. Their enormous hydrocarbon potential, with reserves under state control as well as the willingness of both states to utilize energy policy for broader geopolitical purposes could have paved the way for a coordinated energy policy, but so far it has only intensified their rivalry, mainly due to competition over such markets as Europe, Turkey and the Balkans.

As a constructive step, Tehran and Moscow were instrumental in the creation of the Gas Exporting Countries Forum (GECF), which now boasts a status similar to that of the Organization of the Petroleum Exporting Countries as it tries to coordinate efforts between gas-producing states. With an Iranian, Mohammad Hossein Adeli, at the helm as secretary-general, it remains to be seen whether GECF can increase collaboration between these two energy players.

Another factor influencing Russian-Iranian relations is the external sanctions policy against Iran. In the past few years, Russia’s siding with Western powers in sanctioning Iran irritated Iranian stakeholders, leading to increased distrust of Moscow's motivation. In fact, Iranian analysts have argued that Moscow has used the nuclear issue as a bargaining tool to win concessions from the West while simultaneously convincing Iran that it has prevented the P5+1 nations from passing more severe sanctions. In short, Moscow has exploited the nuclear crisis to obtain economic and political benefits from both Iran and the West.

Now that a new phase of the sanctions policy has emerged, however, it seems that both Tehran and Moscow are interested in developing their economic ties. There is potential for this not just in the nuclear and military sectors but also through promoting energy and industrial cooperation. Further, security, military and economic interactions between Iran and Russia could pave the way for a greater Russian role in the Persian Gulf region, a traditional sphere of US interest and influence.

Iranian-Russian strategic cooperation could also help Moscow maintain security in Russia’s southern regions, especially managing the growing threat from terrorism. Furthermore, Moscow and Tehran could try to align their positions on the Caspian Sea legal regime and on the utilization of its resources. It might also pave the way for the participation of Russian companies in Iranian energy, infrastructure and industrial projects, especially if Western governments drag their feet in removing sanctions against Iran.

Tehran is interested in the regional security benefits of cooperation, that is, in promoting security in Central Asia and the Caucasus. In addition, closer collaboration with Russia could help Tehran contain future sanctions pressure, should negotiations to achieve a comprehensive deal with the West bear no fruit. In other words, if Western companies continue to be barred from entering the Iranian market, Iran could opt for greater trade and economic interaction with Russia. Such collaboration could potentially compensate for some of the shortcomings in the Iranian energy sector and other industries in the absence of Western companies.

Tehran also sees value in closer collaboration with Russia in achieving the goal of becoming a major oil and gas transit hub between the Caspian energy producers and Asia-Pacific markets. In the meantime, existing cooperation in the nuclear field will continue out of necessity, not strategic considerations. Within that context, Iran will most likely commission new nuclear power plants with Russian companies. Moscow will further encourage Russian firms to position themselves in the Iranian market to benefit from the absence of Western competition. This goes beyond energy to include the automotive, construction and infrastructure sectors.

Of interest, Iranian experts tend to analyze Tehran’s relations with Moscow in a broad strategic context rather than at the bilateral level. Some events, however, such as regional or energy sector developments, will play a key role in Iran’s approach to Russia. Both countries are subject to a multiplicity of dynamic and complex political, geopolitical and international challenges, and their relationship will fluctuate for some time to come. Thus, the sustainability of Russian-Iranian relations remains to be seen.

Some Iranian analysts view Moscow’s relationship with Tehran as opportunistic rather than geopolitical. In that case, as long as US-Iran hostilities persist, Moscow can continue to play each side against the other. Should Tehran and Washington mend fences at one point, however, Tehran could revisit its relations with Moscow. Therefore, this might be the time for Russia to consolidate strategic cooperation with Iran.