Russian and Iranian relations have been improving, and are expected to continue to improve even after a nuclear deal despite their being energy competitors. 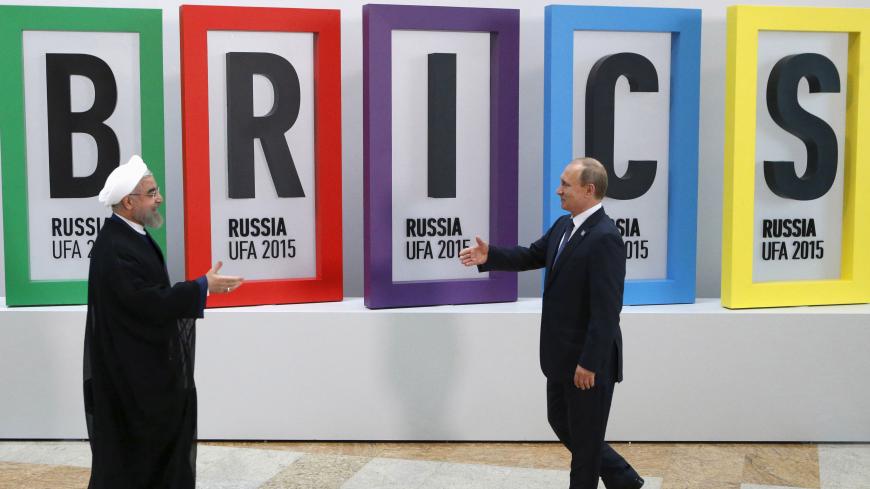 There has been a lot of speculation about how the lifting of sanctions and the re-engagement of Western companies in Iran would influence Iran’s relations with Russia. The simplistic view is that a resurgent Iran would compete with Russia as a major exporter of oil and gas, hence compelling Moscow to stand in the way of Iran developing its oil and gas potential. However, the reality is more complex and any projection of Tehran-Moscow ties will need to take into account the larger picture, especially the role that Iran can play in Moscow’s emerging strategy to focus more intensely on Asia. Furthermore, considering the fact that Russia has been one of the active members of the six world powers' negotiations with Tehran, one has to assume that Moscow has been protecting its interests in Iran and the region.

There is no doubt that Moscow has been engaged in complex strategic calculations in its policy toward Iran’s nuclear program. Prior to the emergence of President Hassan Rouhani’s policy of engagement, Moscow used the Iran policy card to secure concessions from Western governments. However, Tehran’s more conciliatory policy, among other events, changed the strategic equation. The consequent changes can also explain the unprecedented high-level diplomacy between Tehran and Moscow in the past 18 months or so. In fact, on July 9, Russian President Vladimir Putin and Rouhani held yet another meeting on the sidelines of the joint summits of BRICS (Brazil, Russia, India, China and South Africa) and the Shanghai Cooperation Organization in the Russian city of Ufa. In the same meeting, Rouhani said, “I consider it my duty to thank Russia for the efforts it has made in resolving and negotiating the Iranian nuclear program, and for the personal efforts made by Mr. [Foreign Minister Sergey] Lavrov.” Rouhani further highlighted Moscow’s “outstanding role” in both regional and international issues.

In fact, as Al-Monitor had outlined in February 2014, Rouhani has made a special effort to improve ties with Russia. Though the two neighbors have never had close or strategic ties, regional and international developments have paved the way for a new relationship. In fact, in 2009, Rouhani, then member of the country’s Supreme National Security Council, said, “The US military presence around Iran, in Afghanistan, Iraq, Central Asia and the Persian Gulf and US efforts to contain the Islamic Republic’s growing power are among reasons why Tehran and Moscow have developed a common understanding about regional issues.” Rouhani further said that the geostrategic parameters had changed for Iran, Russia and the United States.

Fast forward six years and those shifting geostrategic parameters are clearer than ever. Due to the events in Ukraine, Russia is the target of Western sanctions, while Moscow has been increasing its trade and energy links with Asia, especially China. Tehran has a new government that has engaged external powers and is close to resolving the long-standing nuclear dispute. All three powers are faced with strategic challenges emanating from jihadist extremism, regional uncertainties and energy sector developments, especially the oil price fall since mid-2014.

Tehran’s approach to the new geostrategic landscape is driven by the new government’s belief that one needs to develop win-win scenarios for all players. Foreign Minister Mohammad Javad Zarif formulated this attitude in a televised interview when he said, “The opposing side still has not yet understood that you cannot progress at the expense of others. You cannot have security and create security for your people at the expense of others.”

This win-win approach is also driving Tehran’s new Russia policy. This is why the two sides have agreed to increase their bilateral trade from $1.5 billion in 2013 to $15 billion within a few years. In fact, Iran’s political establishment seeks a balanced relationship with Western and Eastern powers. Thus, the anticipated growth in trade with Western nations as a consequence of a comprehensive nuclear deal will necessitate an increase in interaction with Russia. Therefore, as a recent article in Al-Monitor argued, Tehran won’t distance itself from Moscow after the conclusion of a nuclear deal.

​In fact, despite the rivalry between Iran and Russia as major hydrocarbon producers, especially as gas-reserve holders, a close cooperation between the two energy superpowers could emerge in a number of industries. The key growth areas will be arms exports and the construction of future nuclear power plants. The significance of the arms industry may also explain why Moscow has insisted that military sector sanctions on Iran should also be lifted. With or without Western sanctions on Iran’s military sector, Russia will most probably increase its arms exports to Iran in parallel with enhanced future cooperation in the nuclear industry, including the construction of new nuclear plants. However, Russia could also become a significant player in the field of petroleum-sector equipment. The fact is that Tehran is working to manufacture needed petroleum-sector equipment and machinery locally. The Petroleum Ministry has defined 10 product categories, mainly in the heavy industrial fields where local manufacture and transfer of technology will be promoted by the government. Though Iranian technocrats and businesses would prefer more superior Western technology, there will also be room for Russian technology providers. Furthermore, it is conceivable that growth will be witnessed in Russian exports in other heavy industrial sectors such as mining equipment, heavy vehicles, the rail sector, etc. In return, Iran’s growing export potential in the food sector, mining, petrochemicals and other gas-based industries could see Iran enter the Russian market in these areas, particularly while European companies are barred from the Russian market due to sanctions.

Apart from existing and emerging potential in mutual trade and investment, the Tehran-Moscow relationship could be strengthened through triangle cooperation in Central Asia and the Middle East. The lack of security and stability in these regions are detrimental to the national security agendas in both Moscow and Tehran and they both view the regions as significant export markets. Russia’s outlook even includes future nuclear cooperation with Saudi Arabia, Iran’s regional rival. Post-Arab Spring events in the Middle East paved the way for greater strategic affinity between Tehran and Moscow. Ali Akbar Velayati, head of Iran's Center for Strategic Research and senior foreign policy adviser to Supreme Leader Ayatollah Ali Khamenei, believes that security in Asia, the Middle East, North Africa, Central Asia and the Caucasus will depend on close cooperation between Tehran, Moscow and Beijing. This analysis explains why Iran has applied to become a member of the Shanghai Cooperation Organization and will provide for continued cooperation between Tehran and Moscow beyond a nuclear deal and the lifting of sanctions.

The above outline shows that Tehran-Moscow ties should be viewed in a multidimensional analysis, including energy, economic, political and security parameters. There is no doubt that competition will persist in a number of areas. Nonetheless, improved Iran-Russia relations will on the one hand please those Iranian strategists who don’t wish to see an Iranian dependency on Western technology, and on the other hand facilitate Moscow’s strategy to increase its presence in the regions surrounding Iran.