Can European business and technology save the Iran deal?

Far from being a passive bystander as the Trump administration moves to tear up the Iran nuclear deal, Europe has plenty of options to save the accord. 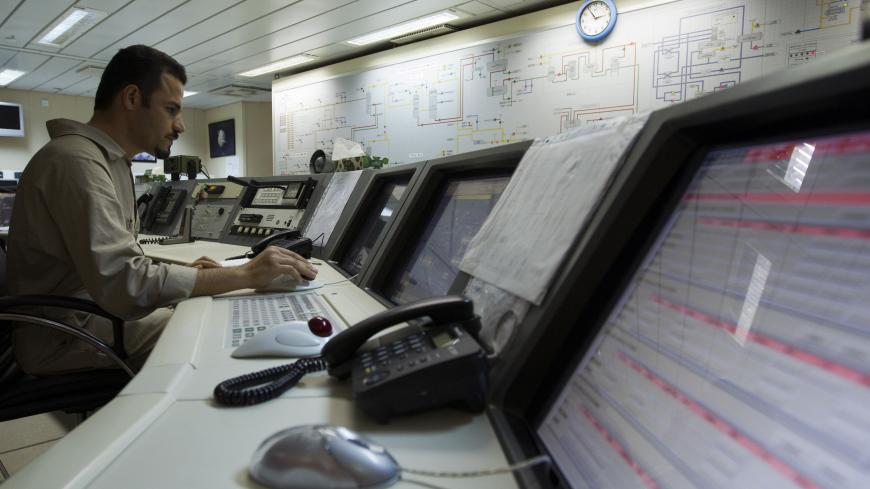 A worker sits in the control room on the SPQ1 gas platform on the southern edge of Iran's South Pars gas field in the Persian Gulf off Assalouyeh, 1,000 kilometers (621 miles) south of Tehran, Jan. 26, 2011. International sanctions have stunted the growth of Iran's gas industry, even though the country has the second-largest gas reserves in the world. - REUTERS/Caren Firouz

One of the current concerns of international companies planning to do business in Iran is the threat of a US withdrawal from the Joint Comprehensive Plan of Action (JCPOA) and the reintroduction of US secondary sanctions. While EU officials are trying to think of mechanisms to counter potential future sanctions against European companies and banks, the more important challenge is how to entice Iran to remain committed to the nuclear deal, even if Washington withdraws.

Iranian officials have been clear that Tehran would only stay committed if it receives enough benefits from staying in the deal. To underline this position, while in London on Feb. 22, Iran’s deputy foreign minister, Abbas Araghchi, said: “If the same policy of confusion and uncertainties about the JCPOA continues, if companies and banks are not working with Iran, we cannot remain in a deal that has no benefit for us.”

This article will propose a course of action that could offer incentives for a continued Iranian commitment to the nuclear deal.

Evidently, what is hurting Iran is the current degree of uncertainty caused by President Donald Trump’s continuous threats, as well as the existing bottlenecks in the banking and financing channels. In other words, Tehran’s calculation that the JCPOA would lead to major foreign investments and the creation of needed jobs has not materialized. The Iranian government knows that some of the shortcomings are due to legal, political and structural realities in Iran, but it expects the foreign partners of the JCPOA to work with it to achieve the intended results.

To gauge what Tehran expects, one needs to appreciate the country’s key strategic goals. Iran’s 20-year strategy document (also known as Vision 2025) states that Iran's objective is to become the region’s top economic and technological power by 2025. The vision feeds both Tehran’s regional security and economic goals. Though this prospect will be difficult to achieve in the next seven years, it remains the country’s trajectory, especially as massive investments and economic growth will be needed to create jobs and address the country’s top socio-economic concern, unemployment. In macroeconomic terms, a minimum annual growth of 8% is required to create enough jobs over the next decade.

Put plainly, Iran needs massive investments and transfer of technology to materialize the country’s economic potential. Having a diverse economy, huge natural resources, educated human resources and a favorable geostrategic position with access to many regional markets, Iran is an ideal destination for investments. Impeding such investments are political risks, including external sanctions.

The past two years have underlined the fact that individual European companies will be hesitant to accept the existing risks, which will only increase if the United States withdraws from the JCPOA. Therefore, the only initiative that will entice Tehran to stay in the nuclear deal will be the creation of one or more investment funds with the participation of major European governments, which will fund and protect European investors and technology providers to engage Iran in its economic and technological endeavors. The financial transactions related to the investments could be handled by designated European banks in coordination with the Central Bank of Iran. To be clear, such funds would invest profitably in Iranian projects and not extend grants to the country. Iran is rich and the economic opportunities are abundant — what it needs is a phase of well-managed and intensive investments to make up for the lost time due to previous sanctions.

Such funds can also protect European strategic interests beyond safeguarding the JCPOA by focusing on specific industries, such as the gas sector. Considering the EU’s need for energy supply diversity, developing Iran’s gas resources and linking some of the potential to Europe would be a unique win-win scenario.

From the perspective of individual European companies, the attachment to an EU-sponsored fund will mitigate sanctions risks, facilitate the process of export licenses (especially on so-called dual-use equipment) and also solve the financing issue. It is important to understand that this fund would go beyond the services of export credit agencies and would have its own financing and project selection strategy, potentially in close coordination with Iranian stakeholders. The consequent interaction with Iranian authorities would also present opportunities to point to the needed reforms that would facilitate future European investments.

In practical terms, to protect the JCPOA, the EU should announce the establishment of one or more EU-sponsored funds to unleash Iran’s economic and industrial potential. The first such fund should have the objective of engaging in investments and technology transfers that would turn Iran into a global natural gas power. Iran has the second-largest gas reserves in the world, but has not been able to become a giant in international gas markets due to sanctions, especially limitations on technology transfer.

Once the first fund is established, it could engage in existing and emerging projects, each of which are both economical and technically feasible in European-Iranian joint ventures. Such projects would address Iran’s defined goals and could include:

As the lengthy nuclear negotiations underlined, any interaction with Iran has to take into account the concept of dignity. The EU’s approach to the proposed framework is to ask Tehran to accept the continued limitations on its nuclear program in lieu of fast-forwarding its development to one of the world’s gas giants, not just as a producer, but also as the host of the most advanced gas-related technologies.

There is no doubt that such an approach would also serve EU interests, as Iran’s gas could reach Europe. Furthermore, considering that Iranian gas and electricity would be exported to neighboring countries, one can view this initiative as an engine for sustainable regional development in an otherwise tense region.

Similar funds could be established for other industries, such as renewable energies and the mining sector. Most importantly, one could be set up for the transportation sector that could facilitate the purchase of new European airplanes for Iranian airlines.

The failure to keep the JCPOA alive would not only lead to new tensions based on Iran’s nuclear developments, but also push Tehran to reduce interactions with the EU. In deliberations in the Iranian parliament March 14, lawmakers insisted that Tehran should focus its foreign trade and investment relations on its immediate neighbors. Within the immediate neighborhood, Iran can mainly rely on Russia and Turkey as countries that could transfer technology to and invest in Iran. The consequence will be a further deepening of the Moscow-Tehran-Ankara axis in addition to further consolidation of Iran-China economic relations.

Both Iran and the EU deserve a different outcome after investing so much time and political capital in the nuclear negotiations.