How much nuclear power does Iran need?

Iran could clarify the bottom line on enrichment with an up-to-date assessment of its needs for nuclear power in domestic energy production. 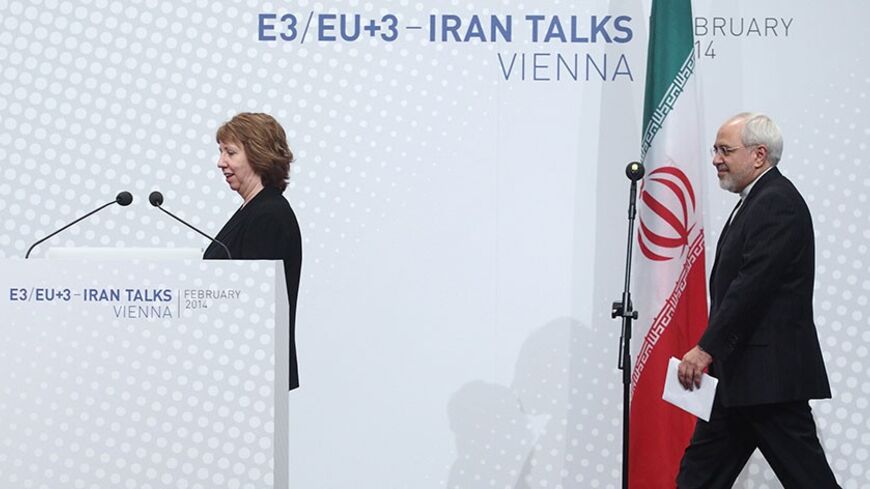 The new round of Iran nuclear talks concluded on Feb. 20, where the world powers and Iran agreed on a framework, a plan of action and a timetable to conduct negotiations on a comprehensive agreement in the next four months. “We have had three very productive days during which we have identified all of the issues we need to address in reaching a comprehensive and final agreement,” European Union foreign policy head Catherine Ashton said.

One of the major challenges that negotiations would face, however, is to determine Iran’s real domestic demand for nuclear energy. The reason is that according to the Geneva interim agreement, the comprehensive solution should “involve a mutually defined enrichment program with mutually agreed parameters consistent with practical needs, with agreed limits on scope and level of enrichment activities, capacity, where it is carried out, and stocks of enriched uranium, for a period to be agreed upon (emphasis added).”

Nuclear energy results from the fission or splitting of uranium and plutonium nuclei when a small particle called a neutron hits the uranium atom. As a result of this process, an enormous amount of energy in the form of heat and radiation is released. This energy is used to convert water into steam, which is used for rotation of turbines that generate electricity.

Nuclear energy is a significant source of electricity production and will remain so for the foreseeable future. Nuclear reactors continue to increase in number around the world. As of February 2014, there are 434 operable reactors with the capacity to produce 380,000 megawatts (MW); 70 more reactors with the capacity to produce 75,000 MW are under construction and another 173 reactors are planned or ordered to be built worldwide. According to a January 2014 report by the World Nuclear Association, "Over 45 countries are actively embarking upon nuclear power programs."

Determination of Iran’s practical needs requires consideration of the country's optimal energy resource portfolio and supply of energy services to sustain economic growth. I was told by related Iranian officials that based on several studies, Tehran is determined to have an optimum share of nuclear energy in Iran’s power generation program.

The studies consistently reaffirmed the importance of nuclear energy. For instance, a 1973 study by the Stanford Research Institute concluded that Iran would need nuclear power plants capable of generating 20,000 MW of electricity by the year 1994. A joint study in 1994 of the Research and Training Institute for Management and Development Planning of Iran and Sharif University was conducted with the intent of determining energy options in 2021. That study indicates that out of 52,000 MW of forecasted electricity demand, the optimum share of nuclear energy would be 11,000 MW, which amounts to 20% of Iran's projected consumption. It is noteworthy that this study assumed an oil price of $30 per barrel in its calculation of the optimum share of nuclear energy. We may infer from this that oil prices rising above $30 per barrel should discourage the use of fossil fuel-based electricity generation in favor of other forms of energy including nuclear energy.

Studies conducted by the Iranian Atomic Energy Organization prepared for the Energy High Council of Iran for the year 2021 forecast the optimum capacity of nuclear energy in electricity production at 10,000 MW or 12.5% of the forecasted total electricity production. The latest studies conducted by the Iran Power Generation and Transmission Company (TAVANIR) using the Wien Automatic System Planning (WASP), a computerized model for power generating system expansion planning for the year 2031, recommend a nuclear energy share of 8,000 MW — out of 120,000 MW total electricity consumption forecasted — as the optimum share of nuclear energy in Iran’s energy basket.

Some argue that infrastructural investments and overhead costs in the port of Bushehr, where Iran’s first nuclear power plant is located, does not justify adding only 1,000 MW of electricity to Iran’s national grid. This is a valid argument. According to studies by the Iranian Atomic Energy Organization, Iran needs to add between two and four more power plants in Bushehr to make the project economically viable. That explains the normal practice in nuclear power plant projects to build four to six plants beside each other, thus reducing operating costs per unit and justifying the initial infrastructural investments. As an example, both Turkey and the United Arab of Emirates (UAE) have each started with four units.

One of the arguments against Iran’s nuclear program has been that Iran as an oil-rich country does not need nuclear energy as a source for power generation. When we look back, we see that Iran entered into the nuclear field in 1957, encouraged by the Americans, specifically thanks to President Dwight Eisenhower’s Atoms for Peace Initiative. In the 1970s, the shah had ambitious plans for expanding the nuclear program, envisioning 23 nuclear power plants by 1994, with support from the United States. One wonders why this argument was not raised then, when Iran’s population was only one-third of what it is today.

In any event, this argument ignores the fact that oil consumption in Iran is increasing exponentially as a result of increasing population and more and more cars on the road. The domestic demand of oil increased from 1.3 million barrels per day in 2001 to 1.9 million in 2010. This shows an increase of almost 50% in a decade. By looking at the trend in Indonesia — i.e., the country’s transformation from an oil exporter to a net oil importer — there exists the likelihood of a similar scenario in Iran.

A recent study by the World Economic Forum ranked countries based on how secure they are in terms of energy. Iran, interestingly, was ranked 102 out of 124 countries. This of course does not mean that all the energy-related problems in Iran are a result of a lack of nuclear energy. Rather, it means that lots of work needs to be done in the field of energy including but not limited to optimal expansion of nuclear energy.

Saudi Arabia's intent to build nuclear power plants was actually the biggest blow to proponents of the argument that oil giants do not require nuclear energy. In April 2010, a royal decree espoused, “The development of atomic energy is essential to meet the kingdom's growing requirements for energy to generate electricity, produce desalinated water and reduce reliance on depleting hydrocarbon resources.” According to the World Nuclear Association, Saudi Arabia plans to build 16 nuclear power reactors over the next 20 years, the first one scheduled to come on line in 2022.

Another oil-rich country, the UAE, with a population of just over five million and an area of 85,000 square kilometer (32,8187 square miles) — as opposed to Iran's population of 77 million and 1.6 million square kilometer (617,763 square miles) — is traversing the same path. A February report indicates that by 2020, four nuclear power plants will be generating up to one-quarter of the UAE’s electricity supply. The first two plants are estimated at 35% complete.

Within the framework of the Joint Plan of Action moving toward a final deal, talks between Iran and the P5+1 will focus on the issue of Iran’s real nuclear demand. Iran's justification should center on the economic optimization of power generation costs. This will be critical in determining the mutually agreed level and extent of Iran’s uranium enrichment program. To that end, Iranians should prepare and present to the P5+1 an updated study that clearly defines the optimum share of nuclear energy required by Iran for power generation in the coming years, aiming to responsibly sustain economic growth.