Abortion on the rise in Iran

According to government statistics an estimated 250,000 Iranian women each year have illegal abortions. 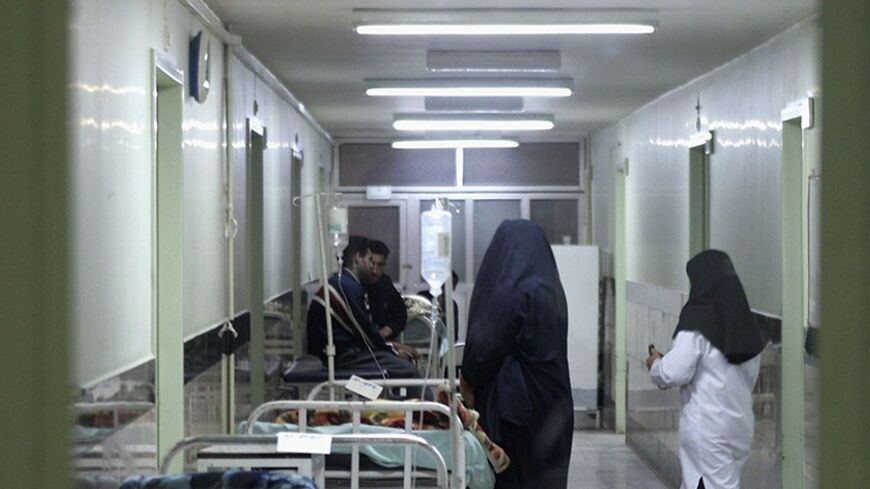 The paradoxical nature of Iranian society more often than not results in people covertly performing the forbidden. As this nature dictates, delving into the root of such social issues can be tough in the absence of credible statistics.

Abortion is illegal in Iran, unless in exceptional cases of health threats endangering the mother or fetus. In such cases, an official abortion permit is issued and the pregnancy can be ended at a public hospital. Medically legitimate pregnancies, however, are nipped in the bud early, or somewhat later in the course of the pregnancy under concealed circumstances.

On Jan. 28, Dr. Mohammad Esmaeel Motlagh, director of the Health and Population Bureau of Iran’s Ministry of Health, became the first Iranian official to present statistics related to illegal and underground abortion in Iran. Speaking at a conference on the topic of population decrease and its roots and reasons, Motlagh emphasized that the Ministry of Health is simply obligated to provide overall health to both mothers and infants, and it has no agenda regarding the rate of increase or decrease in the national population. This Iranian health official said the number of illegal abortions taking place in Iran over the course of an average year is 250,000; bringing it to an hourly average of 28.5 cases. This number is announced despite the fact that such abortions are not registered, and is thus perceived to be an estimation. Motlagh added that the average rate of illegal abortions has tripled over the past 15 years.

Permitted abortions are performed in cases of high-risk pregnancies and where potential birth defect is a danger. A physician’s permit, at times required to be accompanied by further medical evidence, suffices for a woman’s admission to any hospital to end her pregnancy. This includes public hospitals that generally accept insurance and cover the major part of expenses. According to Iran's Ministry of Health, the annual number of legal abortion cases is 6,000 a year.

Illegal abortion is a felony in the Iranian judiciary system. It is, nevertheless, carried out in physicians’ and midwives’ offices, in private clinics and in homes. There are cases of health code violations, some resulting in the permanent impairment of the woman’s reproductive system or causing irreversible damage to her internal organs due to infections, improper or unprofessional usage of surgical tools or an incomplete abortion procedure.

Shahid Kamali General Hospital, which has maintained a strong focus on gynecological services and surgeries, is a major hospital in Alborz province; mostly covering the Karaj area in suburban Tehran. This is a public teaching hospital with modernized equipment for treating female maladies and emergencies. According to an ISNA news agency report, this hospital — which is well-known as one of the few and busiest of its kind in the entire Middle East region — is soon to be converted from a general hospital to one solely focusing on gynecology.

Shahid Kamali Hospital is also one of the hospitals with the most traffic for abortions. Dr. Forouzandeh Taghavi, an attending gynecologist at this hospital specializes in abortion. During the course of my interview with Taghavi, she sounded quite shaken. On the day of her interview with Al-Monitor, she said she had performed a hysterectomy on a 24-year-old patient who is single and has no children. This gynecologist told Al-Monitor that every once in a while, she comes across drastic cases of deeply damaged reproductive organs as side effects of unprofessional or unhygienic abortions in young women, which is truly sad since some are young mothers aspiring to reproduce in the future, and some are young women — single or married— whose hopes for having families are crushed.

There are a small number of gynecologists — some of whom are well-known — who perform abortions in their offices and usually demand a hefty price for their services. Some women who can afford to end their pregnancy this way opt for it due to its safety. In these cases and in general, the cost of aborting a single woman’s fetus is considerably higher than that of a married woman.

On Nasser-Khosrow Avenue, home to the infamous black drug market, medications leading to abortion, mostly in the form of pills, are among drugs that are routinely sold. Over the past couple of years, Iranian pharmaceutical companies have started manufacturing a few types of this medication, offering it at a more affordable cost. Some midwives sell the medication at considerably elevated prices to their abortion clients who’d rather refrain from buying the drug themselves.

Parvaneh Ojaghlou, a midwife working at a public clinic who also owns a private practice in southern Tehran, told Al-Monitor, “I have patients who buy these medications and used the pill form or another type that is inserted in the vagina. Sometimes, serious heavy bleeding, passing abnormally large blood clots or incomplete extraction of the fetus threatens a patient’s reproductive or general health, or even becomes life-threatening, in which case they are referred to hospitals and end [up] on the operating table.”

Ojaghlou adds that patients are generally not pressured for details of the action that has landed them in the hospital; and most doctors and midwives concentrate on their immediate responsibility which is saving the woman’s internal organs, eliminating infection and nursing the patient back to health.

Naghmeh, a 33-year-old homemaker who has two children, said she almost killed herself with pills she purchased to end a pregnancy. She told Al-Monitor that since her husband is very religious, she intended to keep the secret from him, as she never made him aware of her pregnancy. But the complications following her abortion attempt led to minor surgery and hospitalization. Naghmeh adds, “No one, not the doctors and not even my husband, knows what really happened. All they know is what I’ve told them: that I slipped and fell on the steps leading to our front door and I am mourning the loss of my child, which is another fib I’ve told them.”

Zinat, a 28-year-old driving instructor who has been married for three years, told Al-Monitor that with the type of jobs she and her spouse have, even with three incomes, it would be impossible to comfortably run a household if and when she and her husband decide to have a child. She adds, “My husband works as a bank teller during the day and drives a cab in the evenings. We would like to have at least one child, but our parents live in other cities and paying for daycare would be tough for us, not to mention that I wouldn’t be able to spend much time with my kid. [Neither] one of us [can] afford quitting our job. And I don’t think it’s fair to the kid, either, when you barely have the time and energy to see them, much less take good care of them.

"My sister takes her two little kids to daycare and they are sniffling or feverish throughout the entire winter and pick up germs from other kids and get sick over the summer. That’s why we decided to abort our baby. It was so devastating to discover I’m pregnant despite being extra careful. Our families don’t know about the abortion, and I was totally against it at first, but my husband succeeded in shaking logic into my brain and help[ed] me realize the reality of the matter. We might have a kid. Maybe a few years down the road, if the economy gets better with the easing of sanctions.”