Turkey's tales of the tapes 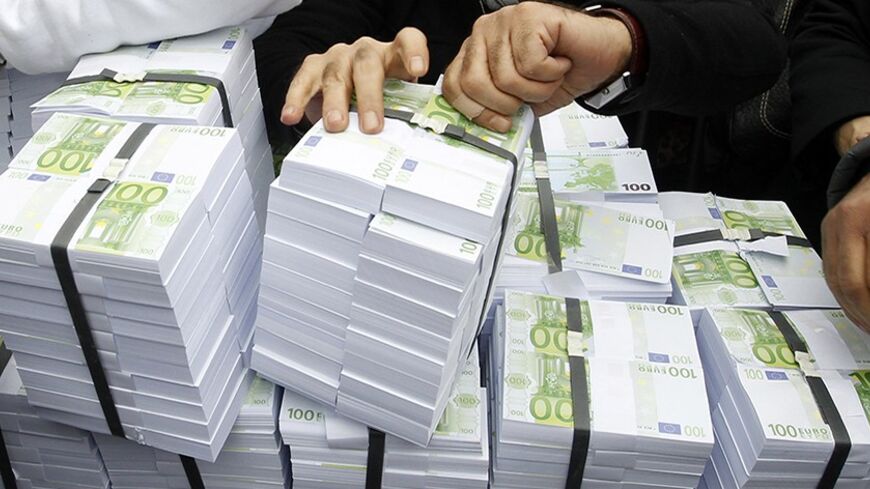 Turkish Prime Minister Recep Tayyip Erdogan had a very subdued 60th birthday celebration on Feb. 26. This must be due to an audio recording leaked two days ago, which suggested that he phoned his son Bilal several times on the day the graft probe hit the surface. The probe initially landed three cabinet ministers’ sons behind bars for involvement in corruption and bribery, followed by their fathers’ expulsion from ministerial positions. Erdogan allegedly asked his son to hide large sums of money at home before the police got to their door.

Erdogan burst into anger on Feb. 25 at a weekly parliamentary group meeting, stating that the audio leak is nothing but “a shameless and treacherous montage.” He even went further, threatening to disgrace the opposition with the same technical ploy, although the opposition has proved that it played no role in the leaks that have been shaping domestic politics here for some time. Interestingly, after Erdogan’s remarks, some audio recordings spread online, with Kemal Kilicdaroglu, leader of the main opposition Republican People’s Party (CHP), heard praising Erdogan. The question is whether this tactic of releasing such dubious recordings of Kilicdaroglu are enough to acquit Erdogan.

While the prime minister has denied all allegations since the graft probe hit the surface, Fikri Isik, the minister of science, industry and technology, said Feb. 26, “I listened [to the audio recording]. It is clearly a montage, so there is no need for any technical inquiry on it.” There is, however, an urgent need to legally confront these allegations, as their content cannot be taken lightly.

If it is really a montage, it wouldn’t be the first time. Dani Rodrik, son-in-law of Cetin Dogan, a retired general who was sentenced to 20 years in prison for being the mastermind of the 2003 “sledgehammer” coup plan, has been writing and arguing to no avail how the evidence that put more than 200 military officers behind bars was forged.

“Turkey has turned into a republic of dirty tricks over the last decade, and seems caught in between a thieves’ gang and a blackmailers’ mafia,” he told Al-Monitor via email. “Whether genuine or not, I find it unethical and, in the long run, counterproductive to try to turn these leaked wiretaps into political advantage. So, the opposition CHP is making a mistake by relying on Gulenist manipulations to score political points against Erdogan.” He added, “It would be far better for the CHP to rise above this politics of dirt and condemn the blackmail tactics alongside the evident and massive corruption.”

Indeed, when Erdogan and the Gulenists were in a relationship of convenience, the prime minister never questioned the authenticity of any leaked audio or video recording. On the contrary, Erdogan opposed those who had taken a courageous position by voicing concern about these ongoing illegal wiretaps that were trying to silence the opposition. Therefore, the prime minister lost any credibility long ago that would have allowed him to claim innocence over this troubling series of scandals. Let’s have a quick recap.

In December 2009, Nabi Sensoy, Turkey’s ambassador to Washington, resigned from his position just three months before his retirement; Sensoy was unable to prevent Riza Turmen, a former Turkish judge at the European Court of Human Rights, from testifying before the US House of Representatives’ Tom Lantos Human Rights Commission. Despite the Erdogan government’s warnings, Sensoy also hosted his close friend Turmen at his residence.

Turmen detailed in his congressional testimony how the Turkish Telecommunications Directorate (TIB) wiretaps about 100,000 people, and how this norm of wiretapping contradicts basic human rights and violates the constitution. Turmen testified just prior to Erdogan’s Dec. 7, 2009, visit to the White House. The Erdogan government was concerned with covering up these troubling wiretaps that had spread fear among the opposition and prompted even ordinary Turks to grow suspicious that their conversations were being monitored by the state.

Unfortunately, the commission gave in to Turkish government pressure and did not publish a transcript of the event, treating it as if it never took place. But, for the Erdogan government, those who voiced concern over wiretapping were engaged in “treacherous acts.” Today’s developments prove once again that Sensoy, a uniquely principled ambassador, was unfortunately left alone at the time for doing the right thing.

In May 2010, a video was posted online depicting an intimate moment between Deniz Baykal, then-leader of the CHP, and a staffer, forcing him to resign. The TIB removed the video from the Internet in half an hour. Erdogan felt special gratitude toward Baykal, as he played a decisive role in parliament implementing a change in law that allowed Erdogan to run in elections. When Erdogan was sent to prison for a short term in 1998 for inciting hatred, he was also barred from politics. In any case, although the footage has been removed from the virtual sphere — even before the newly ratified Internet law authorized expansive powers for the TIB — those responsible for this blackmail still remain unknown.

In May 2011, a similar incident struck the Nationalist Action Party (MHP) just ahead of general elections. Ten senior MHP deputies were blackmailed with recordings that showed them either with women who were not their wives or making controversial statements. The party’s disciplinary board made an immediate decision and expelled all the deputies at a critical time in the elections. Those responsible for blackmailing the MHP remain unknown to this day.

In December 2012, a listening device was found in Erdogan’s office. The prime minister still speculates as to who was responsible, but no one has ever appeared before a court. However, at the time, MHP leader Devlet Bahceli made an urgent appeal to form a joint parliamentary commission to inquire into the matter. “A joint parliamentary commission should be established to inquire into eavesdropping and secret filming. Turkey should be cleaned of all bugs … in this way. If the premier turns a deaf ear to this call, our suspicions about this government will come true, and it will be revealed that a bug farm was established by the AKP [Justice and Development Party],” Bahceli told reporters.

Who could argue today that Bahceli was wrong! There has never been a parliamentary inquiry on the illegal wiretaps. It is fair to observe that, because these leaked audio and video recordings were not targeting the government, ordinary people doubt the sincerity of Erdogan talking about a parallel state. Whatever the government says today about this unbelievable scandal, it seems irrelevant since it failed to address the situation earlier.

"They are even listening to the state's encrypted telephones. That's how low they are,” Erdogan said on Feb. 25, making it clear that whoever is planting these wiretaps is a threat to national security. But Erdogan is the only one to be blamed, as he turned a deaf ear to these developments just for the sake of remaining in power. The prime minister must take responsibility for allowing — in his words — such a shameless parallel group to grow and violate people’s privacy and create a threat to the country’s national security. Last but not least, this scandal needs to be clarified before a judge, not the ballot box — in a normal democracy.