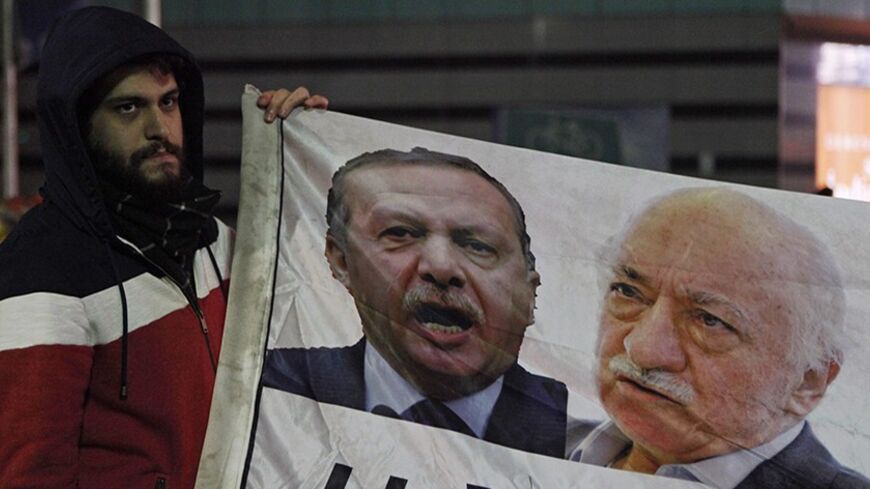 Since the Islamist Justice and Development Party (AKP) came to power over a decade ago, Prime Minister Recep Tayyip Erdogan has relentlessly argued that single-party government is what this country needs to assure political stability and economic welfare. This approach has been more or less accepted as a reference to a February 2001 incident where then-President Ahmet Necdet Sezer, at a National Security Council meeting, threw the booklet of the constitution in the face of Bulent Ecevit, the head of the coalition government. That incident caused severe economic turbulence and led Turks to oust the mainstream political parties from powerhouse positions while giving the Erdogan government — which was new and untested — a chance to prove itself. Time, however, has shown that the threat to Turkey's economic and political stability is not one-party or multiparty government — or the secular or Islamist camp — but rather a weak democratic system characterized by the absence of true checks and balances.

The latest example that makes this point appeared in the headlines on the morning of Feb. 24 in the pro-government dailies Star and Yeni Safak. Since the corruption and bribery investigation became public in December, putting the Erdogan government under criminal scrutiny, Erdogan has been accusing the US-based Sunni religious leader Fethullah Gulen’s followers of hijacking the state’s key institutions, such as the judiciary and the security establishment, and forming a “parallel state” that aims to carry out a “coup” to bring down his government. Since the graft probe surfaced, the AKP government has reassigned hundreds of prosecutors and judges, and thousands of police officers, in a move unmatched in Turkey's history.

The two pro-government dailies claim that the new prosecutors assigned to the Istanbul Public Prosecutor’s Office have discovered files that show thousands of people have been wiretapped for three years under suspicion of being members of a terrorist organization named Selam (in English, Hello Terror Organization). Yeni Safak said 3,064 people had been under surveillance; Star said the number was around 7,000. Erdogan is listed among those wiretapped, along with his close inner circle, including his national intelligence chief Hakan Fidan, his political adviser Yalcin Akdogan, his former adviser and current Interior Minister Efkan Ala and many well-known journalists, academics, businessmen and representatives of nongovernmental organizations. Turkish media speculated during the day that the total number of people wiretapped in the country exceeds 300,000.

Taner Yildiz, the minister of Energy and Natural Resources, was the first to comment this morning on the story on behalf of the government. “Who are the people that make [up] this Selam? What have they done? What is their goal? There can be no such frivolousness like this,” he said. “We have ongoing consultations with our neighbors in the Middle East, with Iran, Russia, Azerbaijan, Turkmenistan, as well as the European Union and the United States. If their intent is to question the content of these consultations, I consider this to be wrong and a big insult to the Republic of Turkey and its government. This could bring us to the following conclusion: The people who did the wiretapping consider themselves to be the owners of the real state, and treat us as the parallel entity. According to them, we are the parallel state. No such thing can be accepted.”

Interestingly enough, Adnan Cimen, one of the two prosecutors who purportedly ordered this mass surveillance, denied to the daily Milliyet that he had done so. The prosecutors asked the High Board of Judges and Prosecutors for a thorough investigation of the issue. “These claims are absolutely baseless and do not reflect the truth,” Cimen said. “We have done no illegal business. It is claimed that this investigation was sought in 2011. I worked as a prosecutor for years in the specially authorized courts. Too much time has passed since then. I have not received any request seeking the wiretapping of the prime minister and his inner circles. I have no clue about any list that wiretaps 7,000 people.”

Gulen’s lawyer also made a statement denying all the allegations and stating that the assertions about Gulen are nothing but cruel.

“If it is true that 7,000 people who have no ideological links have been wiretapped as part of a single investigation, then those responsible should be punished,” Nurullah Albayrak, Gulen’s lawyer, said in a statement. “However, it is very clear that this allegation has no logical and reasonable following, and it only serves as a propaganda to be used at public rallies. This situation is nothing but further provocation of people to hatred and enmity.” Albayrak also argued that the government is trying to distract people’s attention from the real agenda: the graft probe and the other controversial bills like the one that brought cybercensorship to the Internet.

Kemal Kilicdaroglu, head of the main opposition Republican People’s Party (CHP), also wondered what the government was doing when all these illegal wiretaps were taking place. Devlet Bahceli, head of the opposition Nationalist Movement Party (MHP), made light of the situation that his party’s headquarters has been wiretapped. “We are well-aware that our headquarters is wiretapped. As we are not able to reach out to the people through the media, I approach it with tolerance, hoping that we will finally be heard through these wiretaps [when they become news].”

Overall, however, the situation is tragic. The Erdogan government was talking with pride until recently that since it came to power, Turkey had become an “advanced democracy.” When the Ergenekon trials started in 2008, which put more than 200 current and retired military personnel behind bars and brought about the end of the military tutelage, the Erdogan and Gulenist camps were in full agreement. The two camps didn't care about defendants’ complaints that the rule of law had been ignored, their privacy had been violated, the questionable use of wiretaps and the introduction of evidence that had been forged. The transgressions simply did nothing to deter the Ergenekon convictions.

Erdogan’s advanced democracy has brought about scandals of massive wiretapping. A main cause of the scandals was the establishment of specially authorized courts in 2004 replacing the state security courts; this substituted the Gulenists for military judges but left the problematic structure intact.

The prevailing line in the Ankara beltway is that the falling out between these two Islamist groups is creating a huge storm; the government well knows who is who in the judiciary and elsewhere, since it allowed the Gulenists in state institutions, in part because the Erdogan camp did not have enough qualified people to fill the positions, while the Gulenists did.

Whatever the end goal of the Erdogan and Gulenist camps, it clearly is not strengthening the rule of law. The simple fact is that all these wiretaps violate citizens’ constitutional rights where the state must guarantee them their basic human rights — including the sanctity and privacy of their communications — but it is the judiciary that first violates them. There is nowhere for ordinary Turkish citizens to turn to for help now, especially if they happen to hold opposing views from the government or the Gulenists; this guarantees that today’s scandal is just the tip of the iceberg.