Turkey's most famous prosecutor, Zekeriya Oz, gets snared in the AKP-Gulen controversy. 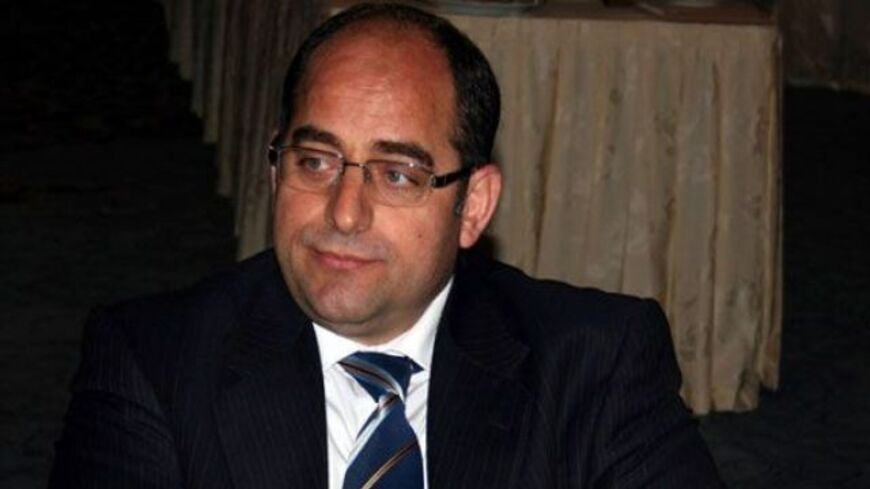 Zekeriya Oz, Turkey's most famous prosecutor, is the latest to become entangled in the AKP-Gulen tensions. - www.mynet.com

Zekeriya Oz, Turkey's most famous prosecutor who kept shaking the ground with sensational investigations in the past few years, including the Ergenekon and the match-fixing case, is now on a steep fall after his mesmerizing rise to prominence.

Born in 1968, Oz is from a large Turkish family who had migrated to Turkey from Bulgaria. During his late teens, he helped his father’s business for a while, bought goods from Istanbul and sold them in Bursa and Yalova, where he was raised. After his graduation from the law faculty of Istanbul University in 1991, he worked as an attorney in Bursa. His friends say that his nickname was “the Grim,” like Ottoman Sultan Selim I, “because he never throws in the towel.”

Without any hint about his political affiliation in his past, mainstream media contends itself by mentioning the fact that his wife doesn’t wear the Islamic headscarf. However, as Al-Monitor columnist Mustafa Akyol points out, Oz “is widely believed to be a member of the Gulen movement.”

Oz had passed the state exam and became a prosecutor in 1997. Following his terms in a couple of Anatolian towns, he was appointed to Istanbul. In his new office, he was known as a tough law enforcer, equally uncomprimising whether he prosecuted a case of electricity theft or female peddlers or al-Qaeda terrorism.

As a matter of fact, it was an investigation in 2004 that was related to al-Qaeda which made him known in wider circles. Louai Sakka, an aide of al-Qaeda’s Iraq chief Abu Musab Zarqawi, had confessed his role in the terrorist attacks in Turkey, which also had a Syrian connection.

But there was a crisis coming, and that crisis — called the Ergenekon — was what had put Oz in national spotlight, making him a hero for some Turks and a villain for some others.

In the words of a “security official” whom Hurriyet columnist Ismet Berkan quoted in 2008, Oz was “the long-sought prosecutor.” With extraordinarily bold steps, he single-handedly initiated the Ergenekon investigation and ultimately tied all the evidence to an intricate coup plot.

As Al-Monitor columnist Semih Idiz pointed out, “There was initial public satisfaction over many of the early arrests in connection with this case. … The public mood changed over time, however, and the widespread belief today among government opponents is that the Ergenekon case was turned into a witch hunt, spearheaded by zealous prosecutors under government control, against opponents of Prime Minister Recep Tayyip Erdogan and his ruling Justice and Development Party [AKP].”

Beyond the political opposition in Turkey, there were also foreign observers who directed substantial criticism to the fundamentals of this sensational case; but the pro-government media, from the fiercely Erdoganist Sabah daily to the Gulen movement-related Zaman, were united in their support for the rising prosecutor.

As the opposition kept demonizing Oz,  the pro-government media consistently lionized him. In March 2011, for instance, both of the aforementioned newspapers tried to justify the shocking arrest of two prominent journalists by quoting Oz on their headlines, suggesting that there was more evidence that related them to terrorism charges, but had not yet been revealed to the public. However, the indictment failed to reveal any such evidence, except their books in which they criticized the Gulen movement, and two journalists could be released only after they spent more than a year in prison.

However, while the de facto coalition between the government and the Gulen movement collapses, the shoe is on the other foot now.

On Dec. 17, three anti-corruption investigations led by Oz shook the government, resulted in the arrest of the sons of three ministers. The photos of shoeboxes full of millions of dollars were leaked to the media and published by several newspapers, including Zaman.

Erdogan quickly intervened and took every step to control the investigations. Although Oz visited the Istanbul police headquarters to take his own measures, he was effectively neutralized in the end. Meanwhile, people such as AKP member of parliament Samil Tayyar, who praised Oz as a “hero” in 2011, were now bashing him on Twitter, accusing him of “speaking from the cesspit” with a “little brain.”

Erdogan, who had warned another anti-corruption prosecutor that “they were not done with him yet,” also hinted that more would be coming to Oz. At a meeting with journalists on Jan. 4,  Erdogan criticized an unnamed prosecutor who went on holiday for 25-30 times in a year, sometimes to ski resorts. In August, Oz had tweeted a photo of him skiing with his family.

Finally, pro-government media were in an apparently joyful mood of revanchism on Jan. 6, when they reported that Oz was hosted by a Turkish businessman in a luxury hotel in Dubai. According to the documents uploaded to Sabah’s website, the bill for the five rooms reserved to “Mr. Zekeriya Oz & Family” totalled $32,000, including a late dinner that cost $2,604.

Interestingly, Oz admitted that he went on a holiday with his family to Dubai, but argued that he paid the bill himself. As a Twitter storm erupted with cynical questions abound, like how come a public servant could pay that much money for a holiday, another blow to Oz quickly came from a familiar figure on the evening of Jan. 6.

Pro-government construction mogul Ali Agaoglu, who was detained for four days in the anti-corruption investigations led by Oz last month, announced that he paid the bill and hosted the famous prosecutor, whom he made a liar out in less than an hour. The Supreme Board of Judges and Prosecutors (HSYK) is investigating Oz.

As the partisan fighting in politics and character assassinations in the media brutally continue, the Turkish public is caught in the crossfire, perplexed. Between shoeboxes and hotel bills, whom should a citizen trust?

A recent Metropoll survey reveals that all institutions in Turkey, including the presidency, the prime minister's office, the judiciary and the media have been consistently losing public confidence in the past six years and hit rock bottom in December 2013.

On Eksi Sozluk, one of the biggest online communities in Turkey, similar disillusion with Oz can be found. The public mood was summed up by one posting that claimed, “If the reports in the partisan (pro-government) media are correct ... our confidence in justice will be shaken.”