The myth of a "new MIT" has been caught in the crossfire of the AKP-Gulen movement battle. 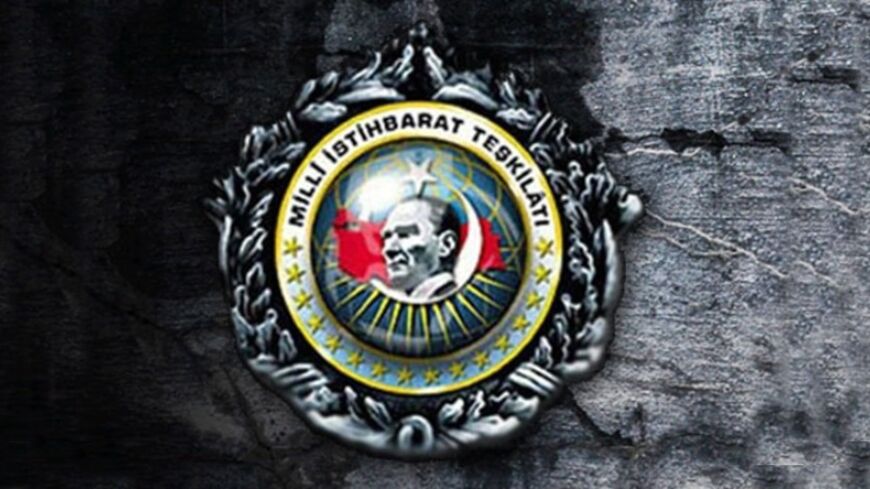 The Turkish National Intelligence Agency (MIT) role in government has been shifting and some question its role in an incident on the Syria-Turkish border, Hatay. - makeleio.gr

On Jan 1, news broke that a big rig was stopped in the city of Hatay en route to Syria. Initially the focus of the news was on the Turkey’s Humanitarian Relief Foundation (IHH), but savvy observers quickly realized the involvement of the Turkish National Intelligence Agency (MIT) was the real news. Different sources confirmed that MIT personnel were accompanying the big rig and that they had prevented a police search. Al-Monitor’s Turkey Pulse deserves credit for accomplishing the difficult task of explaining the complexities of embedded false news, conspiracy theories and facts succinctly of the big rig scandal and other issues on Turkish-Syrian border.

While many pundits have focused on whether foundations such as the IHH are overstepping their boundaries from humanitarian to lethal aid in the Middle East, I have been struggling to understand how the MIT ended up in the midst of this crisis. Observers of Turkish politics cannot miss that since the start of the Syrian civil war in mid-2011, the MIT’s powers have expanded, so much so that many argue the MIT now is in a position to dominate the foreign and defense ministries in Turkey. Careful followers of Erdogan also realize that while talking about Syria, his focus has shifted from the Turkish Foreign Ministry to the MIT. Intriguingly, despite multiple military crisis and terror attacks from the Syrian border, we fail to find crucial statements from the General Staff or the defense minister in the news. One exception perhaps was when Defense Minister Ismet Yilmaz explained that the arms sent to Syria were for hunting sports, not for rebels. Since Turkish arms transfers have been registered by the Turkish Statistics Institution (TUIK) and United Nations records, on Jan. 7 Turkish Foreign Minister Ahmet Davutoglu formally accepted Turkish arms shipments, exclusively to help Turkmen in Syria.

Considering the negative reaction from both domestic and international audiences against alleged Turkish support for jihadist networks, the newfound excuse of saving the Turkmen has been the most recent “news” from the Turkish Foreign Ministry. On this point, W. Andrew Terrill, research professor at the US Army War College, told Al-Monitor, “The US government and public does not want to expand US activities in supporting parties to the Syrian civil war but is also concerned about the outcome of that war. In this environment, Washington would naturally be pleased to have what it views as a constructive Turkish agenda help to close this gap. Reports that MIT is unfriendly to US priorities therefore raise US concerns at a particularly sensitive time.”

The rather pragmatic upper echelons of the ruling Justice and Development Party (AKP) are fully aware that any news suggesting the MIT is aiding any al-Qaeda affiliates in Syria would utterly harm their interests.

It is easy to get lost in details which are utilized as a thick smoke screen in pro-AKP media to distract public attention from the ever-growing graft scandal. Indeed, the MIT’s tarnished reputation can be viewed as collateral damage from the AKP’s wars with former allies (the Gulen movement) or an unintended consequence of the government’s haphazard propaganda since Gezi. The agency is seen as the nexus of the initial friction between the Gulen movement and the AKP. Several pieces of information from the Oslo talks with the Kurdistan Workers Party (PKK) and about the Reyhanli terror attacks have been leaked or used against the MIT. Erdogan’s comments about “foreign agents” and “secret operatives planning coups” during the Gezi protests and afterward invoked further doubts about the MIT’s domestic capabilities. The MIT was the focus of international media coverage in October 2013 although for many institutions publicity of any sort could be welcomed, when it comes to intelligence, publicity indicates failure.

Reuel Marc Gerecht, senior fellow at the Foundation for Defense of Democracies, told Al-Monitor, “MIT is really a domestic intelligence service; it has never been strong abroad. Turkey's case officers, like Turkey's diplomats, have only recently begun a more serious study of the Middle East — an area that ambitious officers in both services tended to avoid. So, one would not expect MIT to do well collecting information in Syria or anywhere else in the Arab world. Even global services, like the CIA or MI6, do very poorly in environments like Syria, which is a hostile, violent area of operations.” A foreign journalist residing in Syria for more than a decade concurred with Gerecht that none of the intelligence agencies can claim much success in Syria. This Syria-based journalist told Al-Monitor, “However, Turkish intelligence has indeed regressed, because before the start of the civil war MIT had a somewhat convincing claim to know Syria; the war proved this to be utterly wrong.” As Gerecht explained to Al-Monitor, “MIT should be judged internally”.

The MIT has evolved significantly since the AKP came to power. Given the importance of military power in Turkey since the declaration of independence, until recently the MIT has been known to be unofficially controlled by the military officers. If the prime minister had good foreign friends, a joke went, he could learn from their intelligence agencies about an imminent coup in Turkey. The good news is the AKP has succeeded in minimizing military dominance in the MIT. The scary news is the MIT has become the center agency along with all other branches of government under direct control of the prime minister’s office. The latest evidence that the MIT is in sync with Erdogan comes from the news — which has not been denied by the AKP — that the MIT indeed warned the prime minister’s office on April 18, 2013, about the dubious relationship between cabinet ministers and prominent Iranian businessman Reza Zarrab. Now, opposition leaders and the public ask why the government, aware of the evidence of major-scale corruption, did not take adequate legal action.

There are several questions that no government official bothers to answer to the Turkish public. If corruption was known, why did the government keep quiet? If corruption was known in April 2013, is it credible to talk about a “parallel state” or an operation from the Gulen movement against the government? On the other hand, if the informant who tipped the authorities about the MIT-protected big rig traveling to Syria — carrying aid of some sort — had access to “classified information” and revealed this to blow the MIT’s cover, would not this be considered treason against the state? Worse, is this just a single case of whistle-blowing or will there be more? One also has to question, given the high level of panic and perpetual paranoia among pro-AKP journalists, whether the MIT’s internal vetting process could be coming under scrutiny.

Although Turkish arms transfers to different parts of the region have become notorious, this is the first time the MIT's involvement has been exposed so clearly. The roots of the conflict between the Gulen movement and the AKP also affect state institutions and their ability to function. The MIT clearly suffers from this insider fighting. Although several "foreign" efforts have not succeeded in tarnishing the MIT's reputation, the AKP’s former ally, the Gulen movement, has done significant harm to the agency's domestic standing. OSCINT (open-source intelligence) indicates that the MIT has been successful in its information-gathering tasks, but the government’s over-ambitious stand spread the agency too thin to function adequately.

The MIT has won some critical battles and became an agency Erdogan may trust, yet still is losing the real war in being a national intelligence agency to serve the best interests of the people.