Charges dropped against Iranian religious singer who shot at couple

The case against a famous religious singer for shooting at a couple after a car accident has been dropped, raising questions about the perceived immunity of those who work closely with the government. 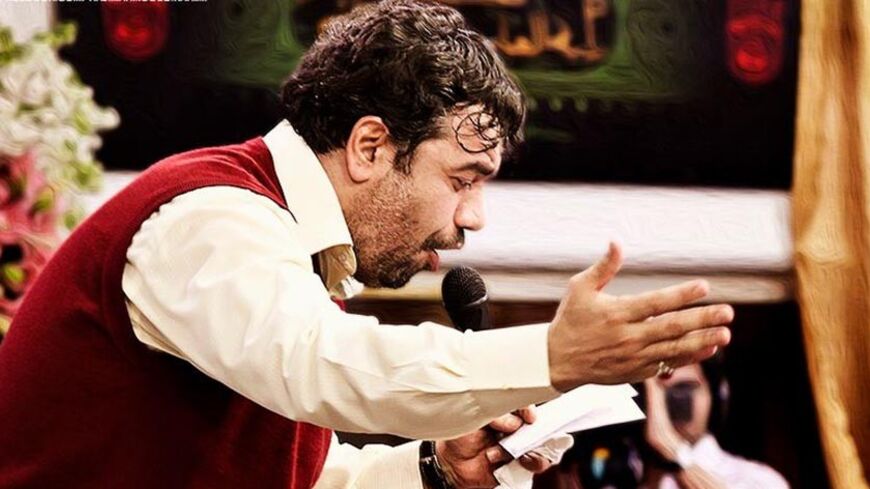 “I do not take it personally. I pray that God forgives those who were trying to make this into a scandal,” said Haj Mahmoud Karimi, the famous religious singer, after reports surfaced that he had fired his pistol in a disagreement following a car accident.

The incident was first reported by the website Ayandeh, which stated that one of the famous religious singers of Tehran, "whose chants are constantly broadcast by national television during the periods of religious mourning, was involved in a car accident on the morning of Dec. 26 on the Babayi Expressway involving a Peugeot 206 vehicle. This accident, which could have been resolved like hundreds of other cases before it by calling the insurance company and giving a description of the accident, instead led to an argument.”

According to Ayandeh, Karimi and his companion started arguing with the young couple in the Peugeot and eventually fired five shots in the direction of their car. The couple reported the incident at the local police station, and their complaint was later sent to the Prosecutor’s Office. Karimi, however, failed to appear in court.

The incident soon became controversial, raising questions about the perceived immunity of religious figures with close ties to the government. It was widely discussed in Iran’s media as well as social networks. Many Persian-language websites outside Iran highlighted Karimi’s relationship with the government, using such titles as “Maddah close to supreme leader shoots gun after accident.” Maddah, singers of religious eulogies, are also called eulogists.

A political analyst in Tehran who spoke with Al-Monitor on condition of anonymity said, “The fact that the media and the society in general reacted this strongly to what this religious singer had done, and asked for justice in this case, does not imply that there is an anti-religious aspect to it. This is in fact a completely social and political issue.”

He said the behavior of religious singers such as Karimi "is not tolerated because they have close connections to certain political factions and the government, and they heavily support extremist and rightist politics, and because they get their legitimacy from their involvement in religious activities. The fact is that people won’t tolerate someone who basically uses religious and state connections for thuggish activities.”

Carrying a gun in Iran is a crime and can lead to a charge of mufsid fil arz (corruptor on earth), which carries a possible death sentence. Judicial authorities and the police, however, have downplayed the Karimi incident. Only the armed forces and security personnel, and occasionally judges, have a legal right to carry guns, but Ahmad Reza Radan, deputy commander of the police force, said that Karimi had a permit for his weapon. The commander then suggested that the media attention has been overblown, stating, “Sometimes we seem to dwell too much on certain subjects.”

The opposition media, social networks, and cartoonists have used humor to illustrate the gravity of the issue. A picture on Facebook superimposing Karimi on the logo of Grand Theft Auto went viral. Others manipulated the front page of Kayhan, the prominent right-wing newspaper, to carry the headline, “The collision of a seditionist activist’s car with Haj Mahmoud Karimi’s defenseless bullet.” 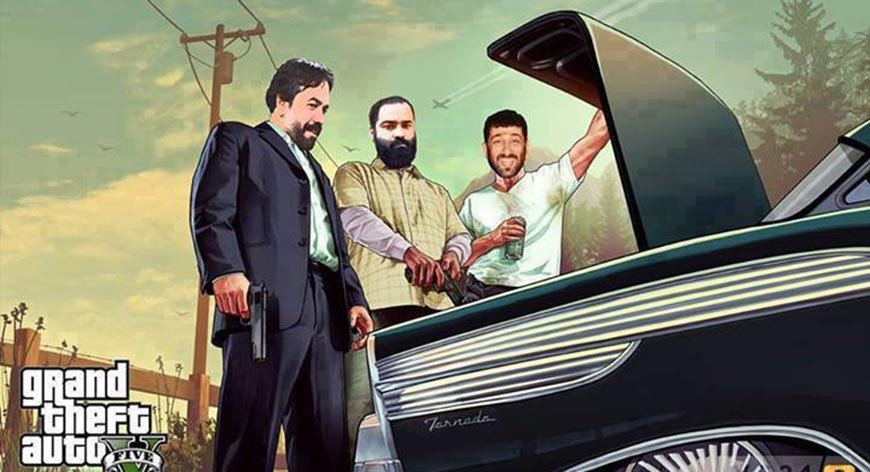 A Reformist-leaning journalist who has studied the activities of religious musical performers during the past few years told Al-Monitor, “At the beginning of the 1990s and early on under the new leadership of [Supreme Leader Ayatollah Ali] Khamenei, the eulogists played an important role in depicting the position of the new velayat-e faqih as celestial and spiritual. Religious associations, which had been largely independent before, were obliged to clear their agendas with the provincial administration and the Islamic Publicity Agency. In this way, the eulogists, who previously had been mostly religious activists, started to serve the government, making them a valuable mouthpiece for the cultural and political doctrines of the government.”

In 2005, these same musical performers had a significant role in the rise of Mahmoud Ahmadinejad, to the presidency. Singers at religious ceremonies in southern Tehran would constantly mention Ahmadinejad, referring to him as the “protector of the poor and the disenfranchised” and the one who will resist the “capitalism of Ayatollah Hashemi Rafsanjani and the Reformists,” Ahmadinejad's electoral opponents.

Of note, Saeed Jalili, the hard-line candidate and main opponent of Hassan Rouhani in the 2013 presidential elections, seemed to be under the illusion that the support of the religious singers would result in his victory as well. In one of his television debates, he appeared to try to flatter them, proclaiming, “Our youth should have role models like Haj Mahmoud Karimi.”

While there are many religious singers, Karimi is one of the most prominent and is believed to be Khamenei's favorite. Chanting eulogies in the presence of the supreme leader is a coveted honor in the circles of religious singers, and one that Karimi has enjoyed many times. After the shooting incident, critics shared pictures showing Karimi and Khamenei together. The Office for the Preservation and Publication of the Works of the Grand Ayatollah Khamenei conducted an interview with him in 2009, calling him an “admirer of the Ahl-ul-Bayt” (family of the prophet).

In addition to the support Karimi received from various officials, an association of religious music performers issued a statement publicly backing him. This close relationship between Karimi and the government has bothered others, however. A moderate cleric from a mosque in eastern Tehran told Al-Monitor that he had heard of economic and political corruption among the religious musical performers, but also stressed, “We have quite decent religious singers as well who are deeply devoted to Imam Hussein and the Ahl-ul-Bayt. Sadly, however, these thugs cause disillusionment among the people toward the faith and the imams and the significance of Ashoura, and this is quite sad. People who make money off of religion really end up hurting it and alienating society.”

The two individuals who filed the complaint against Karimi withdrew it on Jan. 11. In an interview with the Mehr news agency, one of the complainants, whose name was not published, said, “Because of my belief in the house of the prophet, and since Mahmoud Karimi is a eulogist of Imam Hussein, I will forgo my complaint.” Since then, there has been no further news of Karimi’s case or whether the judiciary will pursue its own charges against him.