The Kremlin prefers a multilateral, not bilateral, approach to the peace process, while Gazprom considers opportunities in the Gaza Strip. 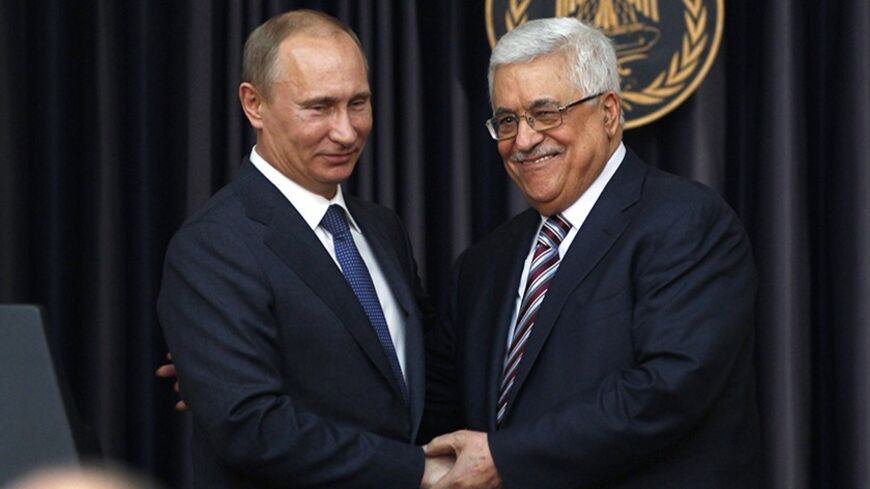 Events of the Arab Spring and the Syrian conflict have somewhat eclipsed the problem of the Middle East agreement. However, in Moscow the view still prevails that a failure to resolve this conflict, first of all between the Palestinians and Israel, is one of the main sources of instability in the region.

The Russian political elite feel discontent with the practical change in mediation in the peace process from the collective to the bilateral format. In the opinion of Russian politicians and diplomats, the “new shuttle diplomacy” of US Secretary of State John Kerry most likely will not be successful. It pushed aside other participants in the Middle East quartet of mediators to the margins of the process, including a player like Russia that possesses a high potential for influence on the situation. There is too little time left until the end of the nine-month term designated to achieve a final agreement.

I am under the impression that the Russian leadership considers it possible and necessary — including to improve the climate of Russian-US relations — to transfer to the Middle East agreement the successful experience of the partner interaction of Moscow and Washington on the issue of destroying the Syrian chemical weapons arsenal and organizing the intra-Syrian peace talks in Geneva, as well as in the dialogue of the five permanent members of the UN Security Council and Germany, or P5+1, with Iran.

While fully understanding the US potential and President Barack Obama’s vested interest in attaining success in the Middle East settlement, Moscow is still convinced that only collective efforts can bring real benefits. At the same time, the dynamics of the situation developing in Palestine may become irreversible. As a prominent Russian diplomat told me on condition of anonymity, “One can only express regret that [Palestinian President] Mahmoud Abbas is putting all his eggs in one basket — the American one.”

Probably understanding such feelings, Abbas visited Russia and was received by President Vladimir Putin on Jan. 23. It is possible that one result of this visit will be Russia’s participation in the Palestine-Israel agreement.

However, even with such a disposition, most Russian analysts consider it almost impossible to find resolution on all key components of the problem (state borders, refugees, safety, Jerusalem, settlements, water, etc.) in such a short time. Let us also not forget that, in spite of the political losses suffered by the Hamas movement as a result of the Muslim Brothers' collapse in Egypt, Hamas is still ruling the Gaza Strip and maintains the support of some Palestinians in the West Bank. And to agree with the Fatah leadership, at least on holding an election, is still unrealizable.

If the scenario where the Palestinians and Israel manage to resolve all issues comes to fruition and a final agreement is signed, it could well be sabotaged by those excluded from the peace process. Besides, the creation of a Palestinian state without the Gaza Strip is obvious nonsense. If, however, the signing does not occur, the Palestinians will have no other option but to appeal to the UN, which will be likely followed by repressive actions from Israel, including freezing financial revenues. However, in Arab diplomatic circles in Moscow they said that Abbas secretly excluded such a possibility.

So far, the Palestinian leaders tell Moscow they will not accept as a palliative option an intermediate agreement, when a number of the most complicated issues will be transferred to yet another, new phase of the peace talks. Will they change their position to attain at least some result? There is another option: to extend the deadline to reach a final agreement until the end of the year. But the mediators are also against this: It would be possible to prolong it endlessly and, meanwhile, time is slipping away. Abbas, by the way, confirmed that the Palestinians would be ready to prolong the talks by one month more if the results were not achieved.

A serious stumbling block to the peace process is not only the issue of the construction of new buildings for Israeli settlers but also the temporary presence of Israel's military force on the West Bank of the Jordan River, even after the Palestinian state is created. Israel is talking about a term of 40 years; the Palestinians are apparently talking about a 10-year term. However, as a member of the Palestinian leader's entourage said, the Palestinians understood it was possible to find a compromise in this issue.

The Palestinian side resents the demand of the Israeli leadership to recognize the Jewish character of the State of Israel. As prominent Palestinian politician, Nabil Sha'at, reminded us during our meeting at the Russian Council on International Affairs prior to the visit of the head of the Palestinian administration, Israel had never made such demand in the past — it was quite satisfied with the recognition of Israel itself.

One of the former US ambassadors to Russia said when we talked that Obama made a mistake when, in his last State of the Union address, he called Israel “a Jewish state.” In his opinion, with which it is hard to disagree, each state organizes itself as it sees proper, but for the leaders of other states to give such definitions is improper, especially considering the particular delicacy of this matter.

After Putin’s meeting with Abbas, it became known that the gas giant, Gazprom, intended to develop oil and gas fields in the shelf area of the Gaza Strip. Indeed, in October 2013, the Israeli government agreed to the Palestinian Autonomy authorities' negotiations on the possibility of the development and operation of these fields. The Russian media even gave the exact timing and amounts of Gazprom's investments in the project: up to $1 billion.

However, it seems to me that the information noise around this issue is artificial. The corporation's investment program does not include such high amounts, and it has its own problems even without this. In addition, as Tatiana Mitrova, a prominent Russian specialist in oil and gas issues, said, “Without Israel's approval it is impossible to do anything in the Gaza Strip, and Gazprom's negotiations on the Levant Basin failed; because of the problems with Turkey it was decided that the Russian participant in the projects in Israel and Cyprus will be Novatec.” It should also be taken into account that, according to data from the British Gas Co., the Gaza Strip's shelf contains about 30 billion cubic meters of hydrocarbons, which means that the available recovery can be no more than 1.4 billion cubic meters of gas a year. It is inefficient to build a gas export pipeline or, moreover, a liquified petroleum gas plant, for such tiny volumes, which means, according to one Russian expert, that the only end market could be local gas supply at low, regulated prices.