In 'Rumi’s field': can US and Iran meet in a place beyond nuclear program?

The United States and Iran must relearn the craft of diplomacy for their relationship to secure benefits for both sides. 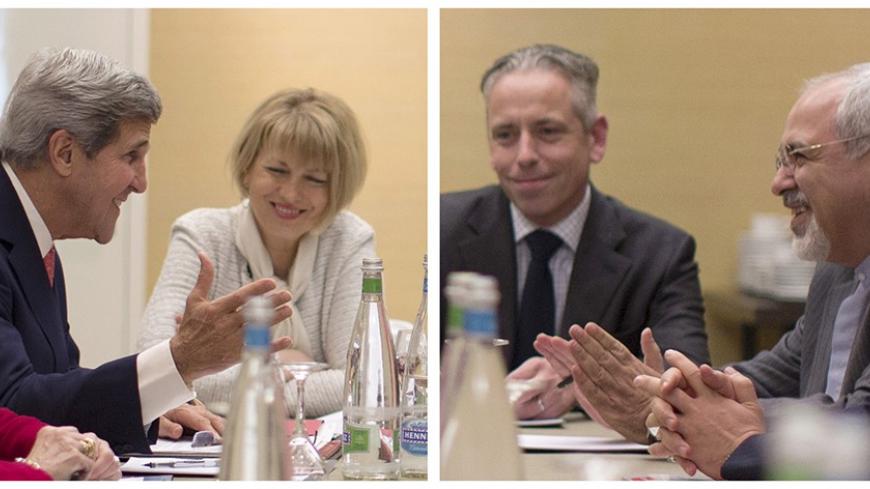 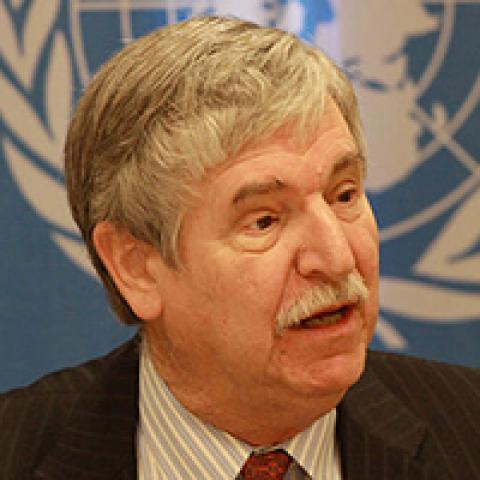 Rumi, as interpreted by Coleman Barks, had this to say:

Out beyond ideas of wrongdoing and rightdoing there is a field.

I'll meet you there.

In Tehran and Washington, politicians and analysts continue to wrangle over the Nov. 24 interim nuclear agreement reached in Geneva between Iran and the P5+1 nations. At issue is the future of Iran’s nuclear program and the international sanctions regime imposed against the Islamic republic. Also at issue are Iran’s relations with the rest of the world and the future of the long US-Iranian estrangement. Among the questions asked about this agreement are the following:

Whatever the virtues and faults of the agreement, one thing is certain: The United States and Iran have reached a place, Rumi’s “field,” which is different from where they have been for the past 34 years. In all that time, the two sides barely talked. Instead, Tehran and Washington shouted at each other, exchanging insults, threats and sometimes worse. The United States was the “Great Satan” and “world arrogance.” Iran was a member of the “axis of evil” and a “rogue state.”

On the Iranian side, the only negotiating script was a list of real or imagined grievances against the United States. In October 1979 in New York, Iranian Foreign Minister Ebrahim Yazdi set the pattern when he exasperated Secretary of State Cyrus Vance with such a recitation. As recently as February 2013, Mohammad Khazaee, the Iranian ambas­sador to the United Nations, repeated Yazdi’s perfor­mance in a public exchange with former US Ambassador to the UN Thomas Pickering at the Asia Society in New York. The latter pointed out that “rehearsing the history of the past … is not a formula for success.” The sad reality, however, was that for more than three decades, little had changed. Iran’s diplomacy still had almost nothing to offer beyond a litany of complaints. That approach made it easy for the US side to barricade itself behind a wall of negatives and dismiss any promising signs coming out of Tehran.

In the few months following the June 2013 election of Iranian President Hassan Rouhani, and the unprecedented US-Iranian encounters in September 2013, Tehran has obviously moved onto a more constructive path. Mem­bers of the US nuclear negotiating team revealed how they were struck by the shift from unrelen­ting negativity and quibbling over details to the professional manner in which Iranian negotiators later addressed issues, which would have been unimagin­able just a few months before.

Why the change? The question is intriguing, although for Americans to analyze Iranian motives, of which they remain largely ignorant, could lead to a dangerous place in which officials in Washington think they know more than they do about Iranian intentions and therefore act on bad assump­­tions. What matters most in negotiation is what the other side does or says. That “what” is knowable. The “why” will always be a matter of speculation.

In regard to Iran’s recent positive shift, some American analysts have asserted that the harsh economic sanc­tions against the Iranian banking system and oil industry pushed Tehran to negotiate seriously about its nuclear program. While they might be right, there is little evidence beyond wishful thinking on direct cause and effect. It is probably no coincidence that some of those making this argument were also strong supporters of using the so-called pressure (that is. economic sanctions) track against Iran to extract concessions on the nuclear issue. In reality, this argument replaces what we know to be true with what we wish to be true.

What is clear is that Iran’s economy is in trouble from unemployment, reduced oil exports, inflation and the rial's loss in value. What is not clear is how much of that is attributable to the sanctions and how much resulted from the economic mis­manage­ment and corruption that seemed to grow worse during Mahmoud Ahmadinejad's presi­dency (2005-13). It is also clear that Iran's economic problems, whatever their source, were an important factor in Rouhani’s victory.

Since the signing of the interim agreement in November, debate in Washington has revealed a difference of opinion about the purpose of the economic sanctions. The Barack Obama administration has always stated publicly that the ultimate goal was to “change the Iranians’ calculus” about nuclear negotiations. In other words, the purpose was to persuade the Iranians that negotiating “seriously” (from a US point of view) would bring econo­mic benefit. When the Iranians changed their negotiating approach after June 2013, administration spokes­persons, like the man who snapped his fingers to keep the (nonexistent) elephants away, could claim, “You see. It worked.”

So far, so dubious. What happened after Nov. 24 revealed that there were some in the United States with more ambitious policy goals. This group believed that the sanctions should inflict so much pain on the Islamic republic that it would eventually surrender to all US demands and dismantle the country’s entire nuclear program. This group, including many members of the US Congress, has criticized the Geneva deal essentially because it was not an Iranian surrender. Instead, it was a classic negotiated outcome in which each side achieved something and gave up something.

Some say Iran and the United States have “crossed the Rubicon,” and there is no road back to the old ways. Whatever metaphor one uses, Iran and the United States have ventured into new and unfamiliar territory for which neither side has reliable maps. In this new reality, both sides must use long-neglected tools and exercise atrophied muscles. On this new ground they must put aside the old practices of reflexive bashing and insults and relearn elementary diplomacy: how to listen, how to be patient and how to be careful with language. They must relearn the value of quiet and private contacts, which without the need for posturing can set the stage for more fruitful public events.

A military colleague once said, “Always remember that the main thing is to keep the main thing the main thing.” The next few months are going to test both sides’ ability to remember the main thing. For Tehran, it will be ensuring that the Islamic republic survives while making a radical shift in both the direction and tone of its foreign policy. It will also be reassuring domestic public opinion and centers of influence that the new approach and agreements have preserved Iranian national pride and honor and that Iran has not been forced to sign yet another humiliating surrender document — another version of the infamous 1828 Treaty of Turkmanchay, which ceded historically Persian-ruled lands to Russia.

For Washington, the main thing will be ensuring that this delicate new plant of US-Iranian civil discourse is nurtured and protected from the harsh winds of maximalist and partisan rhetoric and from the damage that can come from unrealistic expectations. In the past, ill-advised statements and actions — for instance, the “Javits resolution” of 1979 and the axis of evil rhetoric of 2002 — have destroyed tentative efforts at replacing the exchange of in­sults with something more productive. At the same time, the administration will need to recognize that the Islamic republic may still not be on the fast track to better treatment of its own citizens. Such a change, while desirable, is not yet for Washington the “main thing.”

Both sides will need large measures of forbearance. Iran will claim, for example, that any signed agreement gives it the right to enrich uranium to a low level for peaceful pur­poses. The United States will claim that an agreement does no such thing. Who is right? For the moment, both are, but Tehran and Washington must not get into a dispute in which one side insists that the other publicly surrender on an issue at the center of its nego­tiating position. Such deliberate ambiguity and forbearance are common practices in diplo­macy. Now both sides must recognize the value of such diplomacy and forgo the pleasure of always being right. As Obama said in Oslo in 2009, one achieves nothing through the “satisfying purity of indignation.”

Returning to Rumi’s field: Beyond the wrangling over centrifuges, subterfuges, inspections and sanctions, there is a field that promises what Obama in 2009 called a “new beginning” for Iran and the United States. The beginning of that new beginning may not be friend­ship, and it may not be a government in Tehran that treats all its citizens with decency and respect. But in that field, however, the two countries can finally stop threatening and shout­ing at each other. They can begin talking as states that deal with their disagree­ments, and they can put aside decades of empty slogans. They can learn that in Rumi’s field, once they cease name-calling and reciting lists of grievances, they can find common ground and create a relationship that serves the interests of both states and both peoples.