Incitement in the Palestinian Authority has not been measured to date by any valid research tool, and yet Israeli officials keep raising this claim whenever they run out of propaganda ammunition to justify their occupation and settlement activities. 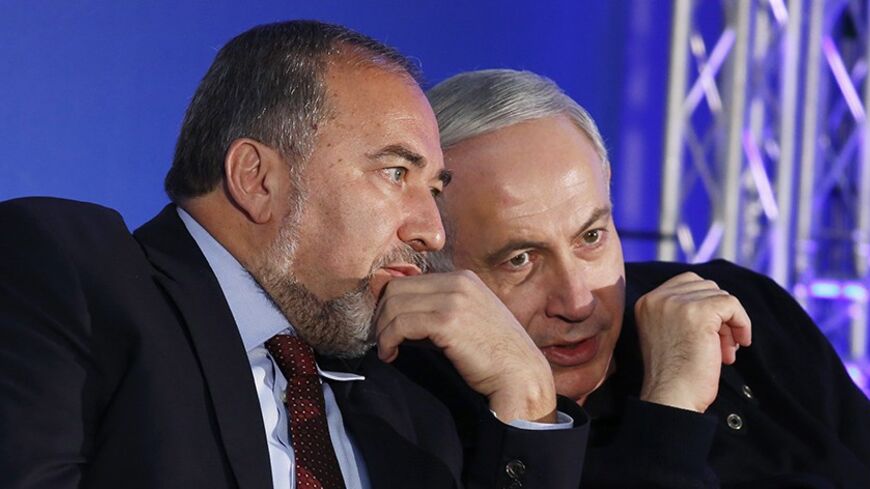 Just two weeks ago it appeared that the government of Israel had broken all records for megalomania and chutzpah. But now, several days after Defense Minister Moshe Ya’alon on Jan. 14 called the secretary of state of the strongest world power “messianic and obsessive,” and suggested that John Kerry “leave us alone,” Foreign Minister Avigdor Liberman and Prime Minister Benjamin Netanyahu broke the record.

On Jan. 17, Liberman urgently summoned the ambassadors of the four largest states in the European Union — Britain, France, Italy and Spain — to read them the riot act and preach ethics. It was a retaliatory act for the summoning of Israel’s ambassadors in London, Paris, Rome and Madrid for reprimands at the local foreign ministries. The four governments had dared to complain about new tenders issued for the construction of 1,400 housing units in West Bank settlements and in East Jerusalem.

“Their perpetual one-sided stance against Israel and in favor of the Palestinians … creates the impression they are only seeking ways to blame Israel," the minister’s spokesman said in a written statement. In addition, the minister explained to the senior diplomats, not only was their governments’ stance ''biased, unbalanced and ignoring the reality on the ground,” but it also “significantly harms the possibility of reaching some sort of agreement between the sides.”

A day earlier, Netanyahu was asked about the European protest. In a talk with foreign correspondents he also chose to respond with an attack. “When did the EU call in the Palestinian ambassadors to complain about the incitement that calls for Israel’s destruction?” the prime minister said angrily. “When did the Palestinian get called in to hear complaints about the fact that security officers in the Palestinian Security Forces are participating in terrorist attacks against innocent Israelis?” he said accusingly. “I think this imbalance and this bias against Israel doesn’t advance peace. I think it pushes peace further away. Because it tells the Palestinians: ‘You can basically do anything you want, say anything you want, incite any way you want and you won’t be held accountable.’ And Israel, which makes tremendous efforts to preserve the peace and fight terrorism for the benefit of both Israelis and Palestinians, is always denounced.”

It’s not hard to guess what the European diplomats thought of Liberman’s rebuke and what went through the minds of the foreign correspondents stationed in Israel. They know that when government representatives are hard-pressed to resolve the contradiction between support for a two-state solution and the wave of construction in the territories, they pull out the “incitement” weapon. When the Israelis lose the real war — in international institutions — they turn to propaganda. This propaganda, or “public diplomacy,” as it’s euphemistically called in Israel, is the weapon of the occupier who wishes to convince the public that he, not the oppressed, is the real victim.

If the reality wasn’t so sad, one could have almost giggled at hearing Netanyahu’s complaint that Israel “makes tremendous efforts to preserve the peace and fight terrorism for the benefit of both Israelis and Palestinians.” Every year, the left-wing human rights organization Yesh Din documents hundreds incidents of shooting, violent assault, stone throwing, arson, damage to livestock, theft of produce and land — all by Jewish terrorists, known euphemistically and forgivingly as “hilltop youths.”

According to the organization's data throughout a period of eight years (from 2005 until 2013), the “tremendous efforts to preserve the peace” of which Netanyahu boasted, have led to the indictments of Israeli suspects in only 8.5% of the investigations into Palestinian complaints. Some 84% of the complaints were shelved because the police investigations failed. The websites of human rights groups occasionally present documentation showing IDF soldiers looking on from the sidelines at the Israeli vandals.

The “price tag” being exacted by the Jewish terrorists from the Palestinians, following the evacuation of an illegal outpost or a terror attack, is the vandalizing of olive trees (the olive industry provides income and employment for some 100,000 families in the West Bank). Charges were only brought in four of 211 police files against those suspected of vandalizing olive groves. Indeed, a tremendous effort.

A search for the words “price tag” and “olive trees” and “uprooting” on the web site of the prime minister’s office comes up empty. To this day, not a single cabinet meeting has been dedicated to this serious and dangerous phenomenon. On the other hand, the word “incitement” shows up no fewer than 455 times in the period since January 2011. Two whole hours of the weekly cabinet meeting on Jan. 5 were devoted to the subject. Once again, experts were called in to present the “Palestinian incitement index.”

One of those involved in preparing the “index” is Itamar Marcus, a settler from Efrat, who heads the “Palestinian Media Watch,” one of the well-funded, right-wing research institutes. Marcus was a member of the Israeli team of the joint committee for the prevention of incitement, formed in 1998 in response to a demand made by Netanyahu at the 1998 Wye Plantation conference. In recent years, Netanyahu has rejected under various pretexts suggestions by the Palestinian side to renew its activity.

A ruling handed down in August 2013 by the Tel Aviv District Court cast doubt, to say the least, on Marcus’ reliability. Relatives of settlers who had been murdered by Palestinians sued for compensation from the Palestinian Authority, claiming it incites Palestinians to murder Jews. The plaintiffs based their lawsuit on an opinion prepared for them by Marcus’ institute. Judge Dalia Ganot wrote, “Although 76 articles and television items presented by Marcus were blunt and difficult, they do not constitute statistical proof of incitement by the Authority.”

The judge adopted the other side’s opinion, prepared by Yizhar Be’er, the director general of Keshev, an NGO that tracks the coverage of the Israeli media, for attorney Yossi Arnon, who represented the Palestinian Authority. The judge determined that Marcus failed to differentiate between news content and opinion, and that his opinion “lacks valid and accepted research methodology that could serve as the basis for any kind of treatise.”

The ruling collapsed the foundation on which Netanyahu and his Cabinet colleagues based their claim that the institutionalized Palestinian media incited against Israel. This claim has never been examined with any valid research tool. Research conducted by the Knesset Research and Information Center in June 2010 determined that no unequivocal evidence has been found proving that the authority’s textbooks contain direct and sweeping incitement to violence. True, the Palestinian teachers and journalists do not educate their children and readers to love their masters in the spirit of Uncle Tom. Unfortunately for Netanyahu and Liberman, Europe in 2014 does not regard this as “incitement.”