The Israeli government has to understand that its barbs at European and American allies critical of settlement construction are ineffective, because settlement expansion will continue to isolate Israel internationally. 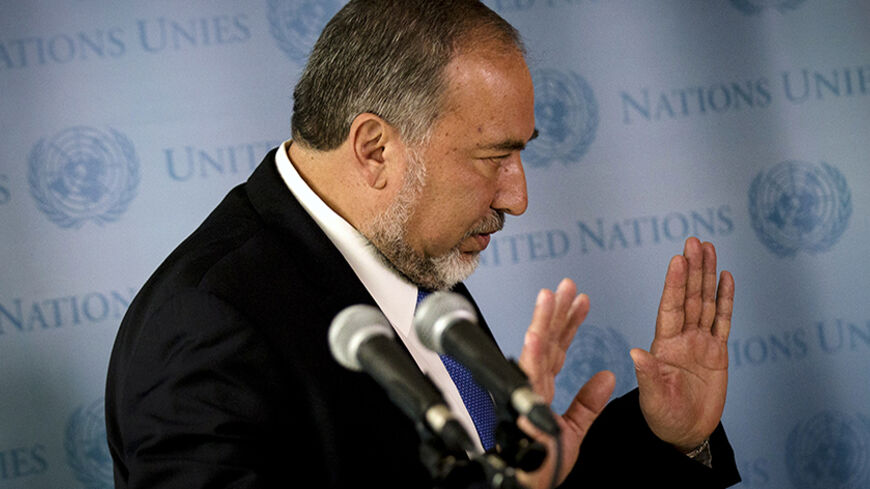 When Prime Minister Benjamin Netanyahu and his ministers order the advancement of new construction plans across the Green Line, the question that immediately comes to mind is whether Israel’s leaders understand that their policy is contributing to the country's isolation from the West, which sees the settlements in the occupied territories as a red flag. One wonders what actually went through Foreign Minister Avigdor Liberman's mind when he arrogantly reprimanded the Swedish government for daring to recognize a Palestinian state within the June 4, 1967, borders, and on Oct. 3 said, “Sweden must understand that relations in the Middle East are much more complicated than self-assembly furniture at Ikea.”

There are two possible answers to these questions. One, the provocative construction and verbal bravado are designed to cover up the gaping holes that have opened in the government’s flagship enterprise — stopping the Iranian nuclear program while removing the conflict with the Palestinians from the international agenda. The second possible answer is that Israeli officials believe the settlements only serve as an excuse for anti-Semitic leaders or parties with vested interests in the Arab world to attack the Jewish state. That means Israel’s actions or misdeeds do not and will not influence hostile attitudes by the US administration or the Swedish government.

Sweden is not the first European Union member state to get a tongue-lashing from Liberman. Three years ago, in response to a joint statement issued by the United Kingdom, France and Germany condemning construction in the settlements and acts of Jewish terrorism dubbed “price tag” attacks, Liberman declared that the three leading European states were bound to lose their credibility and relevance. Then-opposition chair Tzipi Livni said in response, “Without the world’s legitimization, Israel will be unable to act against terrorism.” She also said, “Today, there is no trust in the prime minister. … The way our friends in the world perceive Israel could also eventually be damaged.”

In January 2014, this time with Livni seated beside him at the Cabinet table, Netanyahu added two major European states to the list of rebuked parties. He did so in response to the foreign ministries in Rome, Paris, London, Berlin and Madrid summoning Israeli ambassadors there to register official protests against new tenders issued by the government for construction in the settlements. Referring to the European Union, Netanyahu told representatives of foreign media outlets stationed in Israel, “It's time to stop this hypocrisy,” because the Europeans had not summoned Palestinian ambassadors to discuss Palestinian incitement against Israel. Netanyahu added that contrary to the European claim that settlement expansion contradicts the two-state solution, it has no effect on the map of the West Bank.

Two months later, on March 10, Netanyahu expanded his list of alleged hypocrites. This time, the prime minister accused the international community of hypocrisy on the issue of Iran, for, in his words, ignoring the Israeli navy’s seizure of the vessel Klos-C, which had sailed from Iran laden with hundreds of long-range missiles. These days, in light of the possible agreement with Iran on the nuclear issue, Israeli ministers have launched a media campaign against world powers by portraying the agreement as, at best, a mistake and, at worst, as selling out Israel’s defense interests “for a bowl of stew” (Genesis 25:29-34).

As part of his war against the world, Liberman recalled Yitzhak Bachman, the Israeli ambassador to Sweden, for consultations. Judging by indicators coming from Spain and France, Israel’s envoys in Madrid and Paris might soon be in for some unplanned home leave as well.

What will Liberman tell the Spaniards after they recognize Palestine? That the Middle East is more complicated than putting together a soccer team? What witty repartee will he direct at the French? That our region is more complex than assembling a Renault? And what does Liberman have to say to the 500 Israelis — among them two former Cabinet ministers, former ambassadors and a reserve brigadier general — who signed a letter calling on European governments to recognize the state of Palestine? They see themselves as Israeli citizens who care about Israel’s safety and well-being and are worried by the diplomatic stalemate and continued occupation and settlement. The signatories assert that the prospects for Israel’s existence and security depend on the establishment of a Palestinian state by its side, based on the 1967 borders, with Israeli recognition of Palestine and Palestinian recognition of Israel. So do they, too, have to ask Liberman for private tutoring in Middle Eastern relations?

Among the letter’s signatories is professor Daniel Kahneman, the 2002 Nobel Prize laureate in economics. One of Kahneman’s first studies, in conjunction with the late professor Amos Tversky, dealt with the decision-making process in a climate of uncertainty. These days, the conduct of foreign relations by the government of Netanyahu, Liberman, Economy and Trade Minister Naftali Bennett, Finance Minister Yair Lapid and Justice Minister Tzipi Livni could supply fodder for a special research project on the process of decision-making in a climate of growing uncertainty in the Middle East.

A senior diplomat was recently heard to wonder aloud, “Do these people not understand that they are isolating Israel from the world? Do they really think that Israel can isolate the world?”