Israeli leaders are offering conflicting statements on the peace negotiations with the Palestinians. 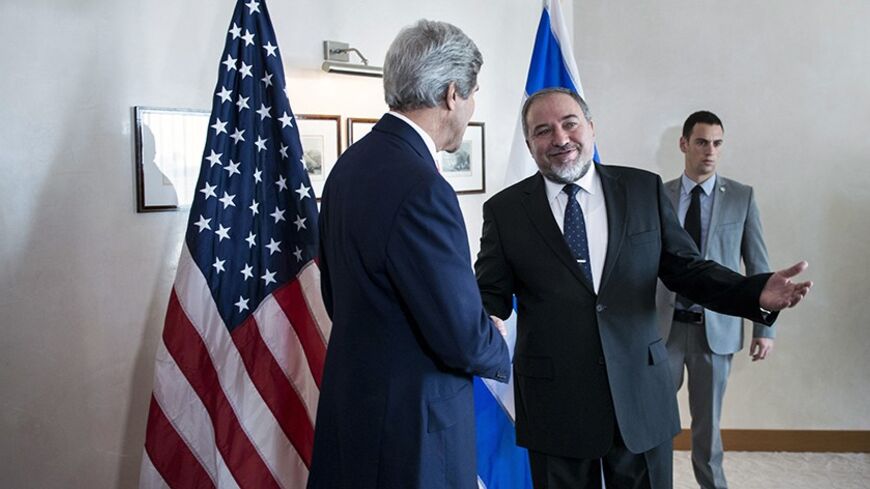 Multiple reports two weeks before US Secretary of State John Kerry’s 21st visit to Palestine and Israel focused on a new Israeli concern: unorganized and uncoordinated acts of violence. The conclusion was that Israel's main problem was impromptu and independent acts by frustrated Palestinians. One of the implications of this Israeli security assessment was that the Palestinian government had been successful in helping stem organized violence against Israel.

However, when Kerry arrived with his newly formulated bridging proposal for a framework agreement, the Israeli leadership made a sudden U-turn. Standing next to the top US diplomat, Israeli Prime Minister Benjamin Netanyahu launched a strange and unwarranted attack against Palestinian President Mahmoud Abbas over embracing the released Palestinian prisoners. Netanyahu also went out of his way to repeat the Israeli broken record criticizing the incitement of violence and the embracing of terrorists.

The attack by Netanyahu also was paralleled by a call for change in the Palestinian leadership by far-right Israeli Foreign Minister Avigdor Liberman. Both brought a quick response by chief Palestinian negotiator Saeb Erekat, who considered the attacks a prelude to the possibility of Israel killing Abbas.

While this pre-emptive attack was a classic example of Israeli spin, confused reactions by Israelis followed in the days that Kerry spent in the region.

Liberman, who's advocating for the transfer of Palestinian towns in Israel in exchange for Jewish settlements in the occupied territories, suddenly noted that Kerry’s offer was the best Israel will get.

But perhaps the most confusing backtrack on an oft-repeated position was what Netanyahu said about the issue of a Jewish state. The Israeli prime minister had repeatedly insisted on two conditions for accepting a two-state solution: that Palestine be a demilitarized state, and that the Palestinians recognize Israel as the national homeland for the Jewish people. Speaking in a closed session of the Knesset, Netanyahu was quoted as downplaying the Jewish issue.

“Even if there is some minimal commitment to recognize the Jewish state, there’s still no guarantee that the incitement against us would change,” Netanyahu was quoted as saying.

It is not clear whether the above contradictory statements are reflections of a well-planned policy or simply a show of how confused Israel is now that the persistent Kerry is not falling for Israeli theatrics and obfuscation. It is also possible that the Israelis are trying to prepare their own people for what might be coming soon.

The US-sponsored framework draft agreement appears to have shaken up Israeli society. The confusion and contradictions are compounded by the fact that Netanyahu’s Likud faction in the Knesset is pushing for more radical positions, including the annexation of the Jordan Valley, an act that would not only destroy the present peace talks but also cause major problems between Israel and Jordan.

Palestinians are observing this Israeli frustration with some hope that it might reflect the potential of a breakthrough of sorts. But based on previous experiences, few Palestinians are holding their breath.