More sanctions from the US Congress could throw into disarray the current consensus in Iran between the two competing approaches, and end the nuclear deal. 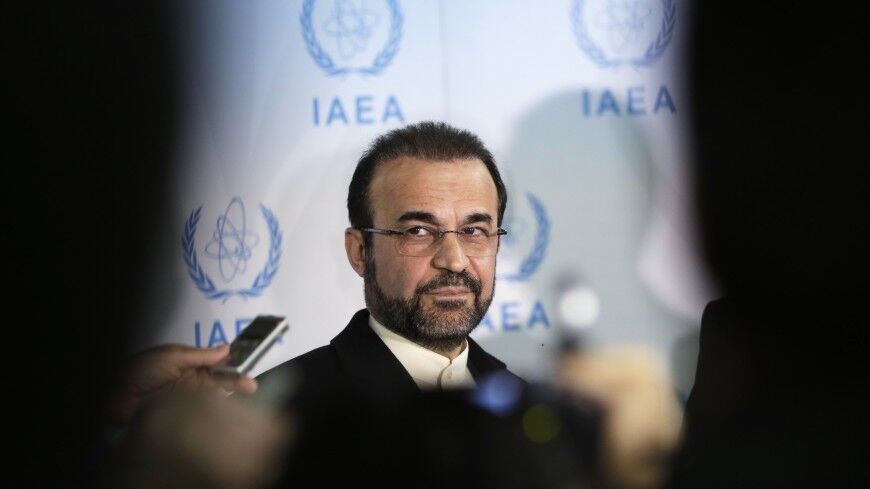 Iran's ambassador to the International Atomic Energy Agency (IAEA) Reza Najafi attends a news conference at the headquarters of the IAEA in Vienna, Dec. 11, 2013. - REUTERS/Leonhard Foeger

While the world is looking at the challenges posed by the US Congress imposing new sanctions — and subsequently ruining the Geneva interim nuclear deal between Iran and the P5+1 — one must not ignore another important aspect of the challenges: how to keep the existing political consensus within Iran’s domestic politics on the conduct of the nuclear talks and reaching a comprehensive nuclear deal.

At present, Iran’s domestic politics are more concerned with the content of the prospective comprehensive nuclear deal, rather than the result of the recent Geneva interim agreement, so that Iran doesn’t lose its strategic bargaining cards, which are considered to be central to maintaining political parity in the course of accepting Iran’s right to enrich uranium.

In January 2011, I published an article in the Christian Science Monitor arguing that the continuation of the talks, and acquiring a sustainable and meaningful nuclear deal, requires keeping a political consensus on Iran’s domestic politics. This is a result of perceiving a win-win situation in the course of the nuclear negotiations; the intense US pressure on minimizing Iran’s interests in the talks will break the consensus among the political forces inside Iran.

Keeping that political consensus is more fragile and complicated today because Iran has a more advanced indigenous nuclear program and enrichment capability, which always — despite all the political pressures and economic sanctions — tempts the inside political forces to easily reject any deal that ignores Iran’s nuclear interests. In other words, Iran's enriching uranium is something the other side strives to cap, control or halt. This is exactly the focus of Iran’s bargaining power.

Some analysts tend to believe that the installation of a thousand advanced centrifuges, the draft bill by the Iranian Majlis to raise the uranium enrichment level to 60% and the creation of an observer team to coordinate Iran’s negotiating team were aimed at keeping Iran’s political parity intact over the course of the talks, mainly responding to pressures from the US Congress. In this respect, one should expect even further actions of this kind from Iran in the future.

From a domestic politics perspective, there are two main trends in the conduct of Iran’s nuclear negotiations. First, the “interaction” trend, which believes in confidence-building and the existence of political will before both parties to reach a meaningful nuclear deal in the course of the negotiations. This trend tries to separate the political-security aspect of Iran’s nuclear program, focusing more on its legal-technical aspect and the transparency related issues, thereby downsizing the weaponization aspect of the program — the so-called concern of the international community. This is the existing trend in Iran’s new government.

Second, the “resistance” trend, which focuses more on the political-security aspect of the nuclear dossier, stressing that the final aim of the West, and especially the United States, is to halt the enrichment program, and that Iran has no choice but to resist the West’s increasing demands. This trend stresses keeping Iran’s bargaining cards, such as consistent enrichment and expediting the pace of nuclear activities, in the course of reaching a sustainable nuclear deal. This is the existing traditional trend in the Iranian Majlis.

But the reality is that while solving Iran’s nuclear standoff requires interactions with the West, it needs some degree of resistance and strengthening of position in the course of the negotiations. One should accept that this matter is directly related to the regional political-security issues and broader Iran-US relations, especially related to regional crises like Syria. If this wasn’t the case, Israel and Saudi Arabia, for the sake of nuclear monopolization and containing Iran’s regional role respectively, with all the means at their disposal, wouldn’t try to ruin the Geneva deal.

At present, these two dominant trends in the conduct of the nuclear negotiations function as a constructive cooperation, expecting that Iran’s nuclear interests are relatively preserved. But the imposition of any new sanctions by the US Congress will weaken this cooperation, resulting in further fragility of the existing nuclear consensus in Iran’s domestic politics for the continuation of the talks. Though true that the US Congress has the powerful instrument of sanctions, the Majlis has the means to expedite nuclear activities.

Entering this bargaining-card strengthening game in the process of reaching a nuclear deal will benefit neither side, because the line of the game is laid at the precarious “breakout” issue, in which any step taken by one party would have a calculated response by the other to maintain equal terms. This situation will lead both sides to further tension, with unpredictable and damaging consequences for regional and international peace and security.

If the US Congress is truly seeking a prompt solution for Iran’s nuclear dossier — subsequently removing the so-called international community’s concern — then it should adopt policies that strengthen the political consensus inside Iran on the path toward reaching a comprehensive deal.