The seemingly inevitable election of Gen. Abdel Fattah al-Sisi in Egypt and the successful ratification of a viable constitution in Tunisia show two different sides of the "Arab Spring." 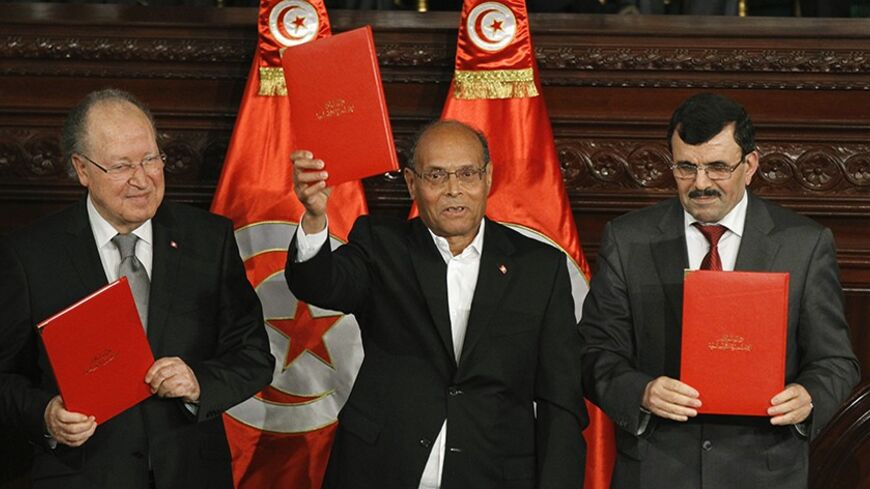 Gen. Abdel Fattah al-Sisi has been promoted to the rank of field marshal by acting Egyptian President Adly Mansour, and the military establishment has just acted as if it were a party nominating a presidential candidate. While the feasibility of other candidates might emerge, it appears that an impressive majority will elect the general as president in April. If Sisi is elected, Gen. Sedki Sobhi is the candidate to succeed him as minister of defense.

The candidacy of Sisi has been expected for a long time; it seems that presidents of the republic in Egypt will continue to be from the army. For this reason, significant elements of the liberal, democratic and civil rights movements in Egypt seem — as a matter of principle — reluctant to endorse Sisi’s candidacy. While there is no doubt that Sisi enjoys widespread support outside of the Muslim Brotherhood, his election being perceived as a foregone conclusion blurs the concept of an “Arab Spring” happening in Egypt.

The reason is what took place lately in Tunis, where a viable constitution was ratified and an authentic reconciliation took place between (Islamist) Ennahda and secular, liberal and leftist forces. They came together to animate and sustain the legacy of secularism, and women's equality, that in a way was a legacy of the first president of Tunisia, Habib Bourguiba. What has taken place in Tunis is the “Arab Spring” becoming what it was intended to be.

In other words, the Tunisian model can regain its role of inspiring an overall Arab movement against authoritarianism and dictatorship; it can bring to the forefront an era of consequential dialogues and the discovery of what has heretofore eluded the “Arab Spring” — namely, common ground.

While Egypt is a far more important Arab state and meeting arena where Arab Africa and Arab Asia converge, Tunisia at this juncture is significant as a paradigm to emulate. If it succeeds in the pursuit of its enlightened policies, then its role will far outweigh its size.