As the third anniversary of the Arab Spring draws close, it's time to examine Tunisia's political evolution as a study in reconciliation. 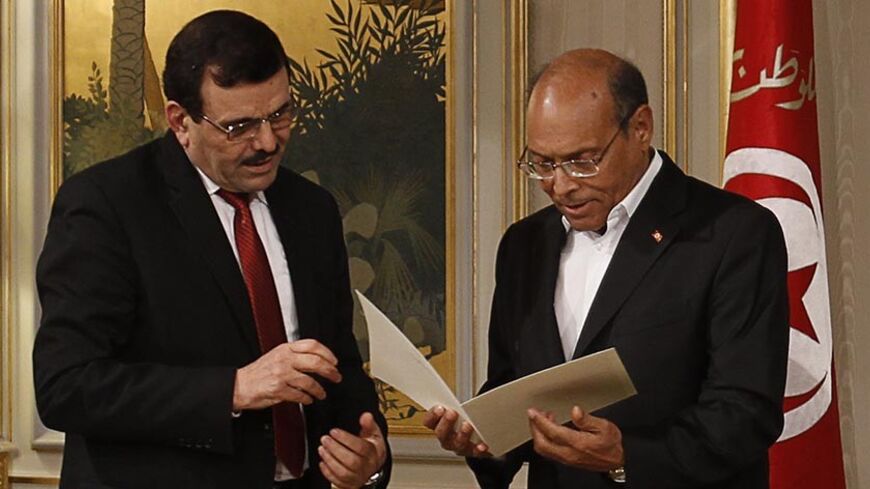 As the third anniversary of the Arab Spring approaches, Tunisia, where it started, is in the process of bringing its new regime into a paradigm, possibly to be emulated by those who were inspired by the revolution there three years ago.

In the last few weeks, Tunisia was able to bring about a government led temporarily by technocrats, the Ennahda Islamic group. In addition, Prime Minister Ali Larayedh resigned Jan. 9 to facilitate and expedite the goal of completing a new constitution. These are two major factors contributing to restoring, if not the inspiration of the Arab Spring, at least a revived model to be emulated.

What facilitated this positive correction of Tunisia's political path was the realism of Ennahda founder Rachid Ghannouchi and Beji Caid Essebsi, the elder statesman of the liberal and secular forces in Tunisia. The catalyst that rendered the reconciliation possible was the intervention of the strong trade-union movement that negotiated the preliminary stages of the agreement.

This is more than a compromise; it was a much-needed reconciliation.

It is expected that the new government will supervise the forthcoming elections and provide a model for what is expected by the Arab people and especially the younger generations looking forward to a future of Arab enlightenment and renaissance.

While the events of the last three years showed the vitality of the younger generations, in many instances there was a lack of any clear sense of direction.

In Egypt, this led to a prevailing division. In Syria and Iraq, it fed what might be considered a breakdown of the social fabric along sectarian lines, compounded by suffering and a high level of casualties, damaging the infrastructure. Sectarianism went wild, enabling groups, such as affiliates of al-Qaeda, to penetrate.

Now, with the advent of the Geneva II conference to address the complex Syrian situation, it is hoped that what is taking place in Tunisia can contribute to a successful humanitarian outcome that will resolve the severe and bitter crisis taking place and make it possible for liberal and democratic forces to reorganize and bring about the progress that Tunisia has worked for.

It's crucial that the process that renewed the Arab Spring in Tunisia be studied as a course in reconciliation. This could help the disillusionment that prevails among the Arab people to retreat in favor of the hopeful expectations of three years ago.

Let the Arabs prove that this is doable.