Hamas has managed to survive and even become stronger while facing years of economic pressure from Israel, but now it must cope with Cairo's ambitions to topple it. 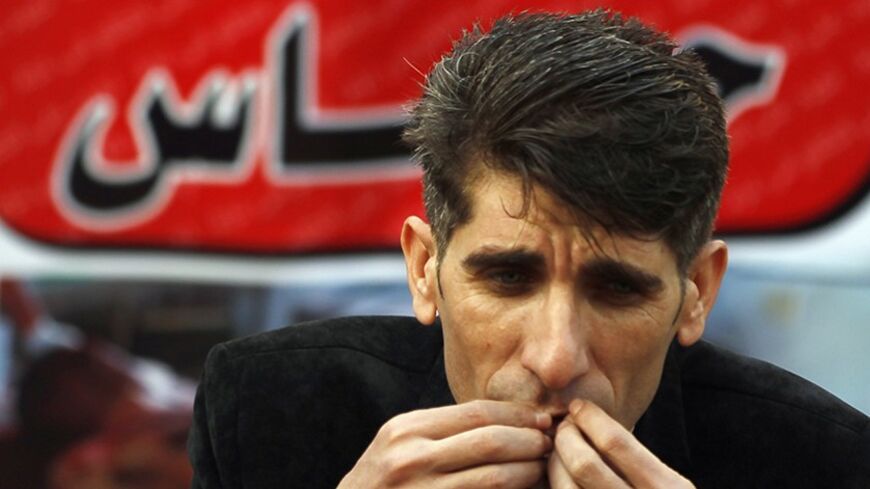 If the Hamas leadership in the Gaza Strip hoped that the Egyptian army would leave them alone after completing its operation to seal off the 1,200 tunnels connecting the Gaza Strip and the Egyptian town of Rafah, this week it received a very disturbing indication of what lies ahead on the Sinai border. Official sources in Cairo revealed to a Cairo-based Reuters reporter that cutting off oxygen to the Gaza Strip was just the first stage in their war against the Palestinian organization, and that the actions they were taking against Hamas were not over. According to these same sources in Cairo, the next stage will be an attempt to topple the Hamas regime, which was described as a security threat to Egypt.

“Gaza is our next stop,” an anonymous senior official declared, and he explained that it was necessary to topple Hamas to smash the Muslim Brotherhood in Egypt. Ever since former President Mohammed Morsi was forced out of office in July 2013, most of the Muslim Brotherhood’s leaders have been arrested, along with many activists, who were considered to be the movement’s hard core. Morsi has since been put on trial for charges that include collaboration with the Palestinian terrorist organization. The members of the Muslim Brotherhood protested the overthrow of their government and the banning of it, but the Egyptian military used force, including live bullets, to break up those demonstrations, not leaving them any chance to continue.

The story of Hamas in the Gaza Strip is much more complicated than that of the Muslim Brotherhood, which is mainly a sociopolitical movement. There are tens of thousands of armed men in the Gaza Strip and enormous stockpiles of weapons. Furthermore, the Izz ad-Din al-Qassam Brigades, which make up Hamas’ military wing, are spread out across the length and breadth of the Gaza Strip, while Hamas has another 20,000 uniformed men in its police and defense forces. Egypt’s army and new leadership are suspecting that Hamas’ military wing is collaborating with armed jihadist groups in the Sinai Peninsula, which have been responsible for a series of attacks against Egyptian targets.

Egypt claims that Salafi jihadist groups and smaller terrorist cells affiliated with al-Qaeda have received direct aid from Hamas, which they have effectively used to overrun the Sinai Peninsula and turn it into a terrorist enclave, which threatens Egypt’s security. Officials in Cairo believe that any effort to retake control over the Sinai Peninsula and purge it of these terrorist cells will be insufficiently thorough or successful as long as jihadist fighters can recover and re-arm themselves in the Gaza Strip. The working assumption is that without cutting off oxygen — that is, the entire Hamas movement in general and the Izz ad-Din al-Qassam Brigades in particular — it will be impossible to completely eradicate the terrorist enclave in the Sinai Peninsula.

No one considers the possibility of Egyptian tanks entering the Gaza Strip to fight against armed Hamas supporters and their allies, just to overthrow the Ismail Haniyeh government. However, Cairo does hope that a popular uprising movement will topple the regime in the Gaza Strip, just as it did in Egypt. Egyptian Defense Minister Gen. Abdel Fattah al-Sisi and other top army brass in Egypt plan on supporting various opposition forces in the Gaza Strip by encouraging them to hold mass demonstrations. Their goal is to reach those Palestinians who have had enough of the Hamas regime’s horror and are at the point of desperation because of the severe crisis facing the Gaza Strip ever since Hamas' military coup in June 2007.

Cairo also does not intend to rely on Fatah activists in the Gaza Strip, who are under observation and cannot budge without Hamas tracking their movements and activities. Ever since the coup, Fatah has been forbidden to raise its flag, and it goes without saying that they cannot hold rallies in the Gaza Strip. The Egyptian objective is therefore to promote an authentic local popular opposition movement made up of Palestinians living in the Gaza Strip, which would take action to overthrow the local subsidiary of the Muslim Brotherhood.

This was also what Israel anticipated after the 2007 coup. The assessment was that hermetically sealing off the Gaza Strip would lead to an unbearable economic situation, and that enough local rage would ultimately be directed against Hamas to overthrow its regime. Then-Prime Minister Ehud Olmert accepted the proposal by Israel’s security forces and closed the border with the Gaza Strip, except for what was then termed “humanitarian aid.” This hermetic closure continued until the violent clash in 2010 between the Israel Defense Forces (IDF) and passengers of the Turkish ship, the Mavi Marmara, who were on their way to the Gaza Strip. This policy was also supported by the leaders of the Palestinian Authority, who sincerely hoped that Israel’s efforts would have the desired results and that the Hamas regime would fall.

Eight years have passed since then, and the revolt against Hamas has not happened. Instead, the movement has gathered momentum over the years, with support growing whenever pressure on the Gaza Strip has increased. Hamas’ leaders were perceived as fighting against the collective punishment that Israel has imposed on Gaza’s Palestinians. And if there were even the most minor outbreaks of criticism, the Haniyeh government and the Hamas security forces cut them off before they could manage to develop into any meaningful protest. What then are the chances that the Egyptian plan, based on the same idea, would succeed this time? Could the Tamarod popular protest movement responsible for the change in Egypt stir up the masses in the Gaza Strip, too?

Earlier this month, members of the Palestinian Tamarod movement were hosted in Cairo, where they received a warm welcome from representatives of the new regime. Yet, despite Egypt’s expectations, there is a big difference between Egypt’s protest movement and the group from the Gaza Strip. The Egyptian Tamarod, founded by Mahmoud Badr, was embraced by the Egyptian army, which helped its activists organize millions of people in street protests. In contrast, Hamas’ Izz ad-Din al-Qassam Brigades will not embrace the Palestinian Tamarod movement. In fact, it is doubtful whether the Palestinian activists who showed up in Cairo for the meeting could even go back to the Gaza Strip without getting arrested.

Senior members of Hamas are well-aware of their situation and of the Egyptian efforts to topple their regime. As a preventative measure, they are encouraging popular protests in the Gaza Strip against Israel. Every Friday, Hamas organizes demonstrations for hundreds of local residents along the border with Israel. In most cases, these protests end with the IDF shooting on demonstrators who get too close to the border fence. This creates a situation in which Gazans focus their attention back on Israel, along with their rage over the crisis in the Gaza Strip and their dire poverty. They do this even though Israel has become the sole provider of food and raw materials to the Gaza Strip ever since the Rafah smuggling tunnels were destroyed by the Egyptians.

Why haven’t the same demonstrations taken place along the Egyptian border? Despite Cairo’s moves against the Palestinian organization, Hamas is trying very hard not to upset Sisi, who they believe will be Egypt’s next president. They are caught between a rock and a hard place, further evidence of the crisis facing senior Hamas officials in Gaza.