To confront the proliferation of fatwas in the media, Dar al-Ifta has established an observational body for monitoring and responding to them. 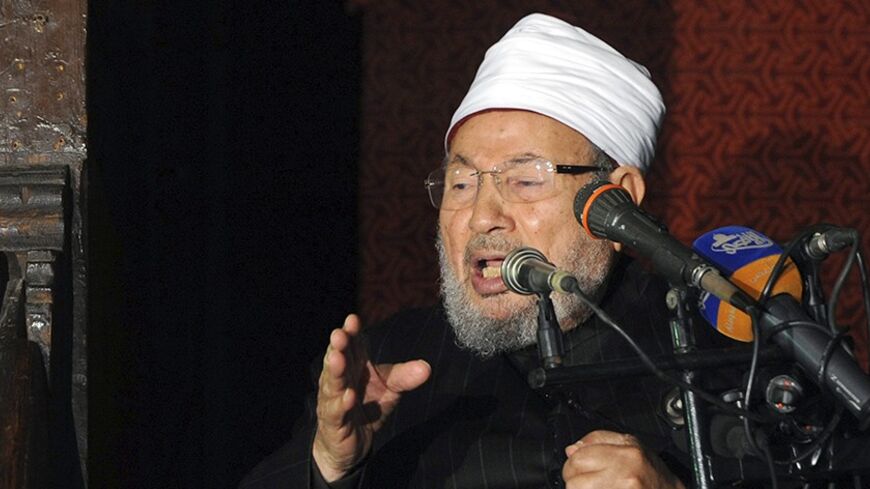 Dar al-Ifta al-Misriyyah, the Egyptian religious edict council, has decided to establish a body within the council for monitoring and responding to the fatwas in all TV, print and electronic media.

The move is a response to the fatwas on takfir (regarding other Muslims as non-Muslims) that are being issued for political purposes. The most recent was issued Jan. 5 by prominent Kuwaiti Islamic scholar Sheikh Ajeel al-Nashmi to kill Gen. Abdel Fattah al-Sisi. Other fatwas have prohibited participating in the constitutional referendum.

In a Jan. 14 interview with Al-Watan, Egypt’s Grand Mufti Shawki Allam said that in the first weeks of its work, Dar al-Ifta gathered nearly 320 anomalous and takfiri fatwas to refute and respond to in a methodical manner to correct religious misconceptions. Allam stressed that those fatwas are misguided and a danger to society, and must be confronted. He added that Dar al-Ifta should make its rulings known to the public at home and abroad.

“Fatwas are being regularly monitored through websites and the Internet. We then analyze them, deconstruct them and issue a true opinion to respond to them because they are distorting the image of Islam, which has nothing to do with them. … What’s dangerous in these misleading fatwas is the issue of bombings, martyrdom operations and the liberalization of the concept of jihad. We have responded to that, and we said that jihad must be under the banner of the state and with the consent of the [religious leadership], because there are groups calling for jihad and carrying out bombings and suicide operations and covering them with religion, which has nothing to do with them,” Allam added.

Allam said that the call to jihad for the sake of God by Ansar Bayt al-Maqdis is “false ijtihad” (independent religious reasoning), pointing out that those who carry arms, spill blood and incite and participate in violence are wrongdoers and work without the umma’s consensus, which he said is what Ansar Bayt al-Maqdis is doing. Allam said that the fatwas permitting the murder of Sisi and those prohibiting the referendum are anomalous and void.

Sheikh Ahmad al-Bahi, the coordinator of the Imams Without Borders movement, told Al-Monitor that establishing a fatwa observatory was long overdue. He added, “We demand that Dar al-Ifta activate the role of the existing fatwa specialists and allow easy access by citizens to fatwas so that the people do not turn to strangers who are non-specialists.”

Bahi added that the work of imams in the mosques is not to issue fatwas, but to provide lessons. “There are simple matters that should be addressed in the mosque such as fatwas concerning the obligation of prayer and shaving beforehand. But other than that, no matter how simple the fatwa — and even if it concerns a topic we are knowledgeable about — we direct those who ask us [to issue a fatwa] to go instead to Dar al-Ifta. We show them how to contact Dar al-Ifta, so that they can obtain the fatwa from the competent authorities. We frequently receive questions to which we know the answers — such as fatwas on marriage, abortion and murder — but we nevertheless refer those questions to Dar al-Ifta, so that the latter bears the responsibility for the fatwa,” he added.

Regarding the relationship of the fatwas with the latest political wrangling in Egypt, Bahi stressed that this is a form of incitement, and that it should not be allowed to reach the mosque pulpits. He added that Dar al-Ifta has the right to monitor the mosque pulpits and work to prevent the broadcast of TV shows about fatwas, because even if those fatwas come from specialists, each fatwa differs from one case to the next. According to him, broadcasting fatwas in general may lead some people to erroneously think that they apply to their special case.

Jurisprudence scholar Mohammad Ghoneim, part of the 50-member committee charged with drafting the constitution and a figure in the National Salvation Front, stressed to Al-Monitor that mixing politics with religion is very dangerous because faith is absolute, while politics is relative. Ghoneim said that the mixing of the two has had serious consequences since the dawn of Islam — it led to war between Muawiya’s companions and Ali bin Abi Talib, the massacres affecting the Prophet Muhammad’s family and many other tragedies throughout history. He added that the decision by Dar al-Ifta to create the fatwa-monitoring observatory was a wise decision.

As for his vision on the possibility that Dar al-Ifta could solve the fatwa crisis afflicting Egyptian politics, Ghoneim explained, “This body alone is not enough. There should also be self-censorship by the media. Fatwas must be tracked in the various forms of media — whether TV, radio or print. No one should be allowed to issue fatwas through the media unless they are qualified to do so, and unless they follow the concerned institution with that matter: Dar al-Ifta. These are matters of religion, dealings and ideology.”

It is very clear that the Egyptian interest in tracking extremist fatwas in the various media outlets is to confront the broadcasts of pro-Muslim Brotherhood channels that are inciting against the ruling regime. But success depends on seriousness in confronting the chaos of fatwas, which is a scary phenomenon affecting Egyptian media and mosques.