A generation that professes to worship the Ottomans betrayed Istanbul by destroying its silhouette with high-rises. 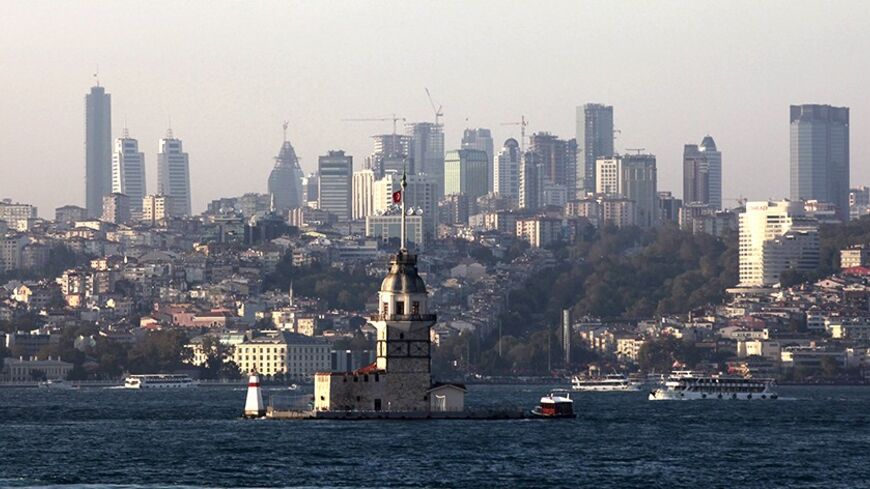 Turkey's historic Maiden's Tower is seen on the Bosporus with the city's skyscrapers in the background, Istanbul, Aug. 28, 2013. - REUTERS/Osman Orsa

Istanbul with its alluring, spectacular silhouette has been inspiration for poets, travelogues and in the dreams of statesmen who want to control it. Just think of that magnificent, unmatched skyline made up of Sultanahmet Mosque, Topkapi Palace, Hagia Sophia, Yeni Mosque and Suleymaniye Mosque. This silhouette, which has been amply recorded in history, is under siege. Privately owned high-rises are competing with the silhouette’s minarets. And on top of all that, a public project of a bridge across the Golden Horn, with its ugly profile, overshadows the Suleymaniye Mosque.

Crimes against this city protected for centuries were committed in the era of Prime Minister Recep Tayyip Erdogan, of all people, who never stops declaring he is a servant of Istanbul, who cites poetry adoring Istanbul and almost bestows sainthood on the sultan who conquered Istanbul. These were not simply mistakes he made but intentional crimes, because the city’s silhouette was marred when the city government granted favors to one of the top donors to Justice and Development Party (AKP) coffers.

This episode actually goes back six years. On Sept. 14, 2011, daily Radikal drew attention to the high-rise construction going up at Zeytinburnu-Kazlicesme and eclipsing the background of Sultanahmet Mosque (Blue Mosque) and Hagia Sophia. The public was rattled not only by the official permission for such a betrayal, but the close relationship of high-rise developer Mesut Toprak with Erdogan.

The land for the three high-rises originally belonged to renowned businessman Halis Toprak. The plots were confiscated by the Savings Accounts Insurance Fund to pay the debts of bankrupted Toprakbank, owned by Halis Toprak. At that time, the city zoning plan marked showed those plots as commercial areas that would allow a maximum of five floors of construction. In 2007, the government sold that land to Mesut Toprak for 270 million lira (about $205 million).

Aftert this sale to Mesut Toprak, the Istanbul Metropolitan Municipality modified the city zoning plan and overnight, without any investment, the value of the plots skyrocketed to 10 times their previous value. All parties represented in the municipal council, including the opposition, approved the change. When the Istanbul Chamber of Architects objected that the construction would spoil Istanbul’s sensational silhouette, opposition parties woke up to their blunder. The second phase necessary for plan changes to issue the construction permit was approved only by AKP votes. Despite all objections and warnings, the construction labeled as SixteenNine (16:9) began in 2010 and three high-rises of 27, 32 and 36 floors, only 200 meters (656 feet) from the Sea of Marmara, began to go up.

Since the plots were covered by the Historical Peninsula Management Plan, the construction required permission from the Regional Council to Protect Cultural and Natural Assets. But this council was bypassed. In response to complaints of citizens, the council in 2011 declared that the construction was affecting the historical silhouette. Then-Minister of Culture and Tourism Ertugrul Gunay asked for the construction to be halted, but nobody listened. UNESCO, too, voiced its concerns about the silhouette of the city and asked that international standards be respected before undertaking such massive construction projects.

The prime minister is upset!

While the debate was raging, Erdogan said, “I didn’t know. I cannot count the buildings going up every time I come. Can you count stars? I spoke with the owner of the buildings and asked him to trim them down. He is someone I know very well. He didn’t do [it]. I was very offended. I haven’t spoken to him for five years.”

Erdogan can be bold enough to dismiss 2,500 policemen and prosecutors to thwart the anti-corruption investigations pointing at this government. To save Istanbul he opted to use his right to stop talking to a friend. Could it be possible that the prime minister didn’t know?

It was Ertugrul Gunay who lashed out at him after leaving his ministerial post: “The prime minister has never given up being the mayor of Istanbul. He is personally keeping track of giant construction projects all over the country. High-rises in Istanbul can only be done with his permission.”

Mesut Toprak, whom Erdogan admitted knowing well, is truly close to the Erdogan's AKP. He is one of the founders of the party. He was the one who donated the land and the building for AKP’s Istanbul offices at Sutluce.

Both the municipality and the company are responsible

The legal process against “16:9” is at a critical juncture. The court case brought by lawyer Cihat Gokdemir has resulted in victory for Istanbul. According to the court ruling, the high-rise floors affecting the silhouette of the city will have to be razed. The landlord appealed to the Council of State. If the council backs the lower court decision, the municipality can stall by saying, “We don’t have enough equipment and staff to raze those floors.” The court can instruct the municipality to outsource the contract. The construction owner who has sold all the apartments in “16:9” can go to court for compensation because he has done the construction according to plans approved by the municipality. The construction owner says he has done nothing illegal and all his work was with the approval of the city government. Lawyer Gokdemir is now seeking a novel solution. He says the Municipal Council had approved the high-rises with the votes of all parties. “I will divide the compensation to be paid pro rata to number of council members and ask each of them to pay their share. I will sue them for squandering public funds.” Of course, we will have to wait and see whether the court will punish the council members by making them pay.

Omer Erbil, the news editor of the daily Radikal who initiated the silhouette debate, made the following assessment to Al-Monitor on who is responsible and whether this was a mistake: “This wasn’t a mistake. Nobody can ever justify the extraordinary favors granted to the construction owner and the consequences for the city’s silhouette. They changed the city zoning plans by totally ignoring warnings. We reported all this when the construction was in progress. Court actions were initiated but the construction did not stop. The municipality cannot now say it was a mistake. If there was no malice they could have intervened at that point. The court is referring to the debate in the council and is saying, 'You continued with the construction with total disregard of warnings. You damaged Istanbul’s silhouette and now you have to trim the excessive floors.' This means that both the city and the construction owner are responsible.”

Sadly there are no statutes, rules and regulations about protecting silhouettes. After the reports in Radikal, the city government imposed restrictions on building heights in the Fatih, Zeytinburnu and Eyup neighborhoods. The decision about “16:9” is the first-ever such ruling, but much has to be done to save Istanbul. Although they haven’t caused as much indignation, the skyscrapers casting shadows over the Bosporus are showing that the government couldn’t care less. 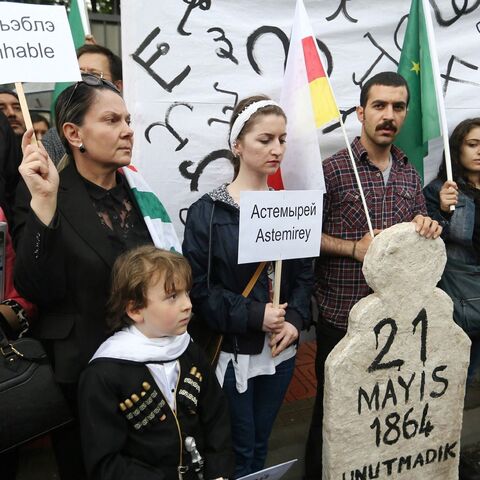