The Justice and Development Party’s municipal strategy emphasizing large-scale construction projects and urban transformation may be clashing with its focus on conservative values. 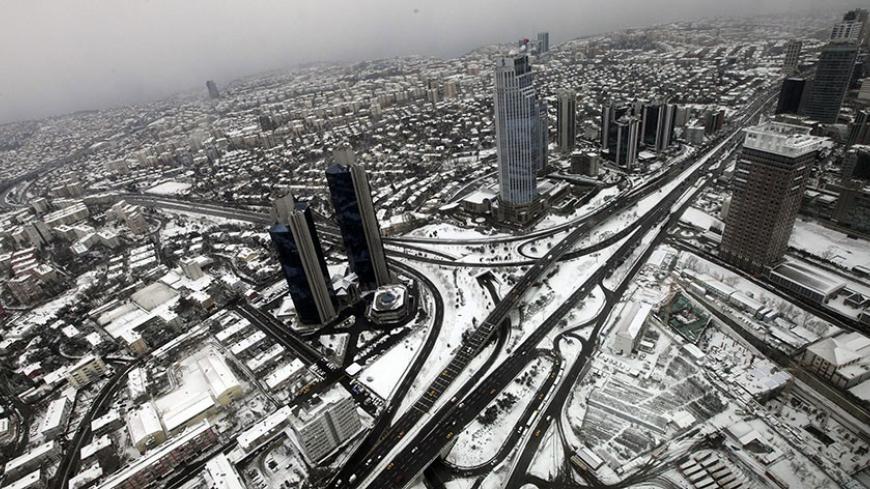 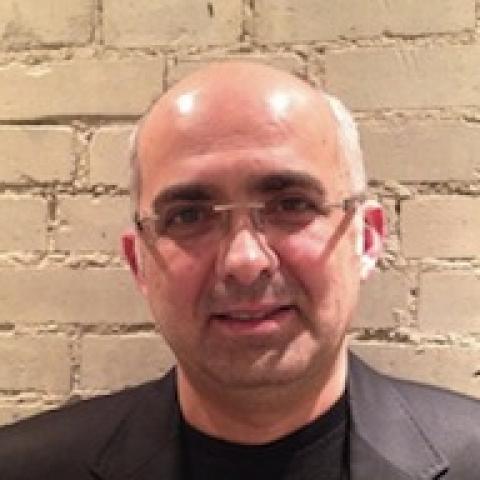 The corruption charges against the Justice and Development Party (AKP) will occupy center stage in the upcoming municipal elections scheduled for March 30. Rather than focusing on his party’s accomplishments in municipal services over the past 10 years, Prime Minister Recep Tayyip Erdogan has chosen to devote his energy to defending himself against widespread corruption charges. Yet, the origins of the AKP’s electoral success in the last 10 years lie in its record of municipal politics.

AKP municipalities have been consistent in delivering municipal services that focus on citizens and in improving much-needed infrastructure to modernize decaying cities. The AKP’s success at the municipal level reinforced the party’s claim that it can deliver more than simple Islamist ideology and govern cities in a competent and responsible manner. However, the AKP’s record in municipal politics has, from the beginning, been defined by two contradictory tendencies: large-scale infrastructure projects coupled with urban transformation plans on the one hand, and on the other a commitment to conservative values that goes back to the Ottoman social fabric of historical Turkish cities.

In recent years, these two priorities have become increasingly contradictory and unsustainable as the AKP municipalities have ramped up their construction projects and extended boundaries of urban transformation programs. The result is not only widespread local discontent — which erupted in the Gezi Park protests in June 2013 — but also utter disregard for conservative values that were supposed to provide the spiritual background to the AKP’s municipal vision.

Urban life developed over the course of the Ottoman administration received special attention from renowned conservative writers and intellectuals. The AKP leadership and cadres regularly pay lip service to these intellectuals and their works to appeal to the party's electoral base, yet the AKP also consistently fails to internalize the unique quality of this intellectual tradition, which tried to distill a sophisticated urban local culture infused with Ottoman custom.

Istanbul, for instance, has always occupied a central place in the imagination of conservative writers because they saw the city as the culmination of the empire’s highest achievements: its public monuments and buildings, its delicate social and cultural balance in its diverse neighborhoods, its distinctive architecture that blended historical traditions and its natural surroundings. While the Republican elite viewed Istanbul as a relic of the old order and as something that they wanted to leave behind, conservative thinkers saw the city as the essence of the delicate and distinctively urban Turkish culture that has slowly developed over centuries and which was nurtured jealously and was in need of protection.

Given the AKP’s own description of itself as a conservative party, the AKP’s record in understanding and protecting this historical legacy of the city is highly problematic. While city administrations of both left and right parties have seriously damaged the delicate architectural and historical balance of the city throughout Republican times, the AKP’s reign of the city since 1994, as it has been defined by large-scale construction projects particularly within the last 10 years, is one of irreversible damage to the overall fabric of the city, not only to its newer neighborhoods but also to its historic core.

Many historical Istanbul neighborhoods have undergone drastic change over the years. However, the silhouette of the historical peninsula — the subject of many paintings and passionately described and praised by foreign and domestic writers for its poetic beauty — has remained intact for the last 400 years. This unique silhouette, which spans from the Topkapi Palace on one end to the Suleymaniye Mosque at the other end, and which forms one of the most beautiful skylines in the world, has been permanently destroyed by the suspension towers of the subway bridge crossing the Golden Horn and three skyscrapers rising up behind the Topkapi Palace and the Sultanahmet (Blue) Mosque.

Both projects were approved by the AKP-run municipality of Istanbul. The suspension bridge has long been a source of controversy. The municipality has not been convinced to change the design of the bridge despite UNESCO’s threat to remove Istanbul from World Heritage site status should the bridge’s construction proceed; local architects and art historians also have issued pleas to stop construction. Some of the historic neighborhoods such as Sulukule, home to the Roma community of Istanbul for many centuries, and Tarlabasi, where many artists and the Levantine community of the late Ottoman Empire have lived, have been victims of gentrification in which longtime residents were cleansed from their homes and moved to the outskirts of the city.

These neighborhoods, located in the historical parts of town, are now devoid of their rich cultural and architectural texture and filled with kitsch buildings that betray the historical architectural traditions. They are now populated with new residents who have very little connection to and respect for the rich cultural texture of these places. Similarly, the historical district of Pera — which has been home to non-Muslim communities since the 18th century and has a long tradition of being associated with a bohemian lifestyle and tolerance — is now decimated by soulless shopping malls that go against the street shopping culture of the area and by the AKP municipality’s ban on outside patios that constituted the core of street and entertainment life in the area since the late Ottoman times.

After the Gezi Park protests, the government abandoned its shopping mall and residence project for Taksim Square. Yet, it proceeded with its rearrangement of the square and its transformation into a pedestrian area. Taksim Square, an area which has witnessed so much social and cultural history of Republican Turkey and has acted as a central meeting point for people from all walks of life, is now a nondescript concrete mass, with one of its corners transformed into a permanent police base in front of the Ataturk Culture Center, the old concert and opera hall that resembles the rubble of a bombed building. Common to all of these projects is their brutal erasure of historical, social and cultural richness and lives that defined these places over the course of history.

Similar trends are also seen in the AKP-run cities such as Konya and Kayseri, where municipalities engage in large-scale infrastructure projects such as public transport and new roads along with historic restoration projects such as the Akcesme neighborhood in Konya or the Talas project in Kayseri. While these projects seem to restore historic architectural legacy, in effect they are poor attempts to replicate old architecture in a Disney fashion, and largely appear as kitschy ornaments that are not grounded in social or cultural context.

Finally, megaprojects such as the second airport, the third bridge over the Bosporus and the channel that is supposed to be dug north of the city and that will turn Istanbul into an island, are personal legacy projects of the prime minister. They are carried out with no environmental and social impact studies and experts warn that they may cause irreversible damage to the natural habitat of the city. The amnesia that has been foisted upon the city by the AKP municipality is what the conservative thinkers warned against,and it is ironic that a government that declares itself to be conservative has gone further than any other administration in the history of the city to cement this process of forgetting.

Perhaps, the best illustration of the AKP’s approach to tradition and cultural heritage is the new Mimar Sinan Mosque in the Maltepe district: a bad architectural replica of the great Sinan’s mosques. Squeezed, overwhelmed and completely sandwiched between new high-rise residential and commercial buildings, this building reduces the distinctive Ottoman architectural tradition to a theme-park representation and turns it into an accessory of crass and tasteless commercialization. In the self-styled conservatism of the AKP, tradition and culture are treated as nothing more than small local details to be attached to an otherwise brutal logic of universal neoliberal globalization.