Benghazi: both video and al-Qaeda-inspired jihadists behind attack

According to an in-depth analysis of social media, the anti-Islam video merely served as a catalyst for al-Qaeda-inspired jihadists who long sought to target US interests in Libya. 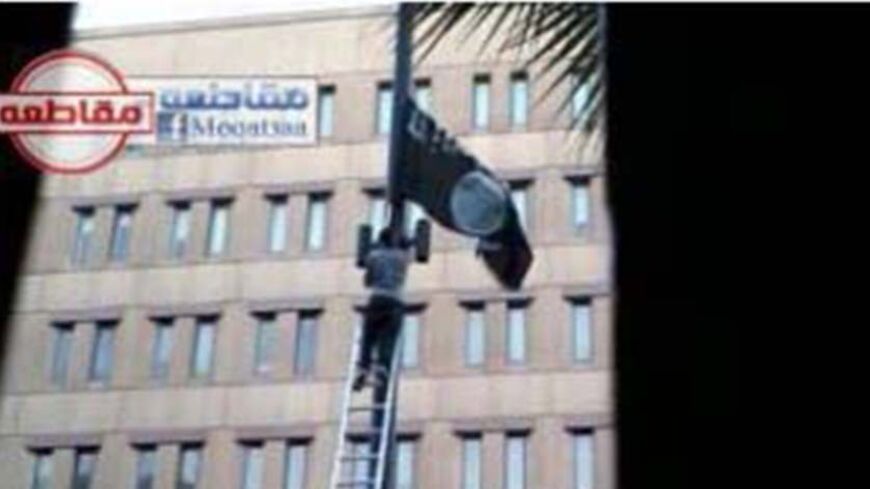 A post from Ansar Minbar's Facebook page at 6:10 p.m. (Benghazi time) on Sept. 11, 2012, shortly before the embassy attack with accompanying caption (not shown), "The measuring cup has overflowed and the flood has reached the place above the flood line. … Long live Jihad!" - facebook/John Rosenthal
John Rosenthal
January 12, 2014

David Kirkpatrick’s New York Times piece on the Sept. 11, 2012, Benghazi attack has given new life to the US debate over the attack, provoking irate responses from conservative pundits and even a would-be refutation from Fox News. The contentious elements in Kirkpatrick’s reconstruction of the Benghazi events boil down to two main points: (1) that the infamous "anti-Islam video," which the Barack Obama administration initially suggested had provoked the attack, did indeed play a role in sparking the violence; and (2) that al-Qaeda had no hand in planning the attack or carrying it out. The second point has since received tacit endorsement from the US State Department, which, while designating two groups suspected of involvement in the attacks as terrorist organizations, has insisted that they are not “official” al-Qaeda affiliates.

Kirkpatrick’s evidence in support of his first point consists exclusively of hearsay reports from unidentified persons who were allegedly on the scene on the night of the attack. Kirkpatrick does say that by Sept. 9 “a popular eastern Libyan Facebook page had denounced the film.” But, regrettably, he does not identify the page in question. The claim thus remains unverifiable.

The weakness of Kirkpatrick’s evidence opened the breach for the attacks from the right. Fox News rushed into the breach, reporting that Agincourt Solutions, a “leading social media monitoring firm,” had found no trace of agitation regarding the video in Benghazi on the day of the attack. The first allusion to the film, per Fox News, was only to be found the following day. The report impressively claims that Agincourt Solutions had “vacuumed up” all the pertinent postings and analyzed them “using mathematical models.”

But Agincourt Solutions is wrong and Kirkpatrick is right. As already reported by Al-Monitor in July 2013, there is in fact hard evidence that the local Islamist scene in Benghazi was in uproar about the “anti-Islam video” in the run-up to the attack, and that this outrage figured prominently among the motivations of the assailants. This evidence is drawn precisely from social media.

The bulk of the evidence comes from the Ansar Minbar in Libya Facebook page and the associated libya-s.net online forum. As detailed in the Al-Monitor report, the Ansar Minbar page has clear connections to the jihadist milieu in Benghazi and, specifically, to Ansar al-Sharia, the militia that is commonly supposed to have spearheaded the attack on the US mission. This lends the evidence particular significance.

Early in the evening of Sept. 11, 2012, the Ansar Minbar page was closely following events in Cairo, where a crowd of thousands was besieging the US Embassy in protest against the famous YouTube clip depicting the Prophet Muhammad in a demeaning light. Shortly after 6 p.m., two timeline entries posted in quick succession called on Libyans to emulate their Egyptian brothers and take action. The second finished with the exhortation “Long live Jihad!” Just three hours later, a poster on libya-s.net announced the start of the attack.

Both the Ansar Minbar page and libya-s.net have disappeared from the web since the publication of the Al-Monitor report. The report contains screen captures, and the author has archived copies of all the cited posts.

At least equally significant, on the very night of the attack — indeed, while the attack was underway — the February 17 Martyrs Brigade posted a statement on Facebook explicitly linking the attack to the “insult” of the Prophet Muhammad. The powerful local militia was employed by the United States to guard the mission. Its men are widely thought to have stood down out of sympathy for the assailants. The statement confirms that they did. Posted Sept. 11 at 11:31 p.m., it praises “the young men who overran the embassy jealously protecting our noble Prophet and protesting against the insult to him.”

To say that the video sparked the attack is not to say that the attack was only about it. Rather, to employ the metaphor favored by Ansar Minbar, news of the video appears to have been the proverbial drop that made the cup overflow. Local jihadists had long made clear their hostility to a foreign — that is, "infidel" — presence in Benghazi. More immediately to the point, the looming anniversary of the 9/11 attacks was on their minds. Thus, a Sept. 9, 2012, Ansar Minbar posting features a photo montage of Osama bin Laden on the background of the World Trade Towers enveloped in flame. The caption: “Remind them of the day of glory when … their tower [sic] collapses, making eyes shed tears.”

“Remind them of the day of glory”

Just the day before the attack, moreover, bin Laden’s successor, Ayman al-Zawahri, had issued a video statement acknowledging the death in a US drone attack of the Libyan-born al-Qaeda “Sheikh” Abu Yahya al-Libi. Zawahri called for Libi’s death to be avenged. Hundreds of links to copies of Zawahri’s statement were posted to libya-s.net just past midnight on Sept. 11. This might help to explain the only serious evidence of advance planning of the attack that has yet to be adduced; namely, the sighting of a militia member taking photos of the mission compound the following morning at around 6:45 a.m.

The role played by the Zawahri video brings us to Kirkpatrick’s second point, for it is also almost surely the only connection of the old "core" al-Qaeda to the attack. Among other reasons, this is because by the time of the attack, "core" al-Qaeda had largely been reduced to Zawahri himself and the Sahab media team that records and disseminates his messages. On the other hand, whether “officially” or not, virtually all the eastern Libyan militias — including those that the US government regards as “friendly” — are to one degree or another ideologically affiliated with al-Qaeda. They make this clear, for instance, by flying the al-Qaeda flag. As the response to Zawahri’s statement on libya-s.net makes clear, their members are just the sort of men to be sensitive to Zawahri’s directions and prepared to act on them.

That these al-Qaeda-inspired militia are today the dominant force in eastern Libya is an entirely predictable result of US and NATO policy in supporting the anti-Gadhafi rebellion. Many of NATO’s allies on the ground in the Libyan war were, after all, veterans of al-Qaeda or its since dissolved “official” Libyan affiliate, the Libyan Islamic Fighting Group. (The much-celebrated Abu Sufian bin Qumu is only one example and a relatively minor one at that.) If there is scandal to be found, it should perhaps be sought here and not in the Obama administration’s reference to an anti-Islam YouTube clip that undoubtedly did play a role in the run-up to the attack.

Translations from Arabic by Maureen Millington-Brodie