While the true extent of al-Qaeda leader Ayman al-Zawahri’s influence is difficult to know, he remains an influential figure in jihadist circles. 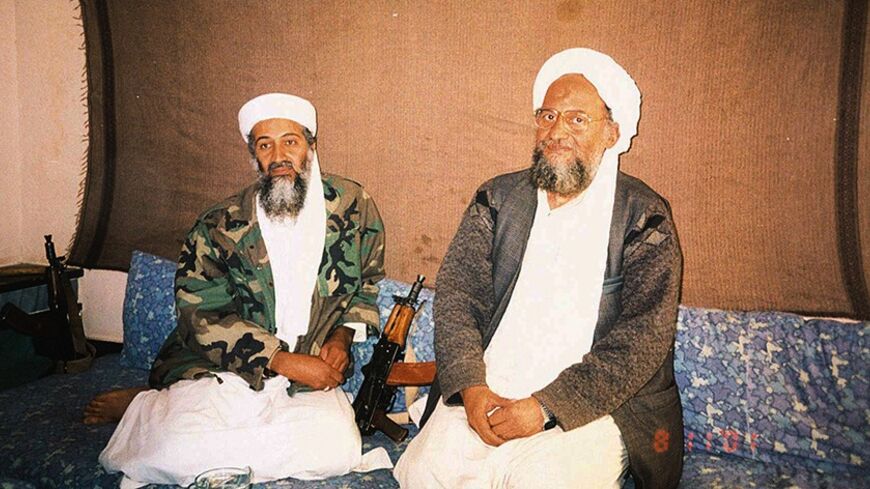 There is much current speculation about Egyptian emir of al-Qaeda Ayman al-Zawahri's influence over the global jihadist movement and its future. He is often portrayed as increasingly out of touch and irrelevant. Of course, we don’t really even know where he is, so all this speculation is just that. What are the known facts about his behavior and activity?

For months, Zawahri has been trying to persuade al-Qaeda’s affiliate in Iraq, the Islamic State of Iraq and al-Sham (ISIS), to cease operating in Syria and leave al-Qaeda activity there to a group created by ISIS in 2012, Jabhat al-Nusra. That group’s leader Abu Mohammed al-Golani (a nom de guerre) has pledged loyalty to Zawahri. ISIS leader Abu Bakr al-Baghdadi (another pseudonym) refused to follow Zawahri’s instructions, and ISIS has taken control of significant parts of eastern Syria and western Iraq. Al-Qaeda then renounced ISIS and effectively banished it from its global jihadist enterprise. Some have seen this as a sign of Zawahri’s loss of control, and his influence is said to be diminishing. Others have suggested he is desperate to gain the spotlight that has passed to Golani, Baghdadi, the Algerian Mokhtar Belmokhtar and others operating in the chaos of the Arab Spring’s wake and garnering much attention. Others suggest he is desperately struggling to survive in Pakistan, where he is all but alone.

What we can say we know is somewhat different. Zawahri continues to put out via the al-Qaeda media machine lengthy video messages about developments in the Islamic world. In January, for example, he made a long video about the situation in Bangladesh and Myanmar. In this message, he sharply attacked the Bengali government for its treatment of Bangladesh’s oldest Islamic party and the Myanmar people for persecuting the Rohingya Muslim minority. The tape attracted little notice in the West, but got considerable attention in Bangladesh and Myanmar. Other jihadist groups like al-Qaeda in the Arabian Peninsula and Ansar Bayt al-Maqdis in Egypt routinely replay excerpts from Zawahri’s tape in their own propaganda.

The production of these tapes, which have sophisticated imagery and often English translations, is unpredictable. Sometimes we get a rash of them in a short period of time, and then there are long gaps between messages. In 2012, for example, three months of silence were followed by a message in early September announcing the martyrdom of Zawahri lieutenant Abu Yahya al-Libi and urging attacks on US targets in Libya (the Benghazi attack came almost immediately). Many had teasers released days in advance with advertisements saying that a message is coming, using headlines from the speech.

The survival of this media machine is remarkable. On Aug. 6, 1998, Zawahri sent a fax message to a Cairo newspaper denouncing the arrest of some al-Qaeda operatives in Albania and promising immediate retribution. The next day, two US embassies in Africa were attacked simultaneously by al-Qaeda. In the more than 15 years since then, Zawahri’s propaganda has never halted, despite efforts by virtually every security service around the world to find him, and has gotten progressively more sophisticated and polished.

There is no measurement of how popular these tapes are, of course, but Zawahri has the satisfaction of remaining a voice in the global jihad. He is also no stranger to arguments in the jihadist movement. Baghdadi is not his first detractor and not the first target of Zawahri’s ire. Ever since his incarceration for involvement in the plot to assassinate then-Egyptian President Anwar Sadat in 1981, Zawahri has been involved in ideological and personal battles with other jihadists and Islamists. Some he accuses of being too weak, like the Muslim Brotherhood, others as too extreme and savage like Baghdadi and ISIS. He has written a small library's worth of books and pamphlets attacking his enemies, especially the Muslim Brotherhood. He was especially critical of the founder of al-Qaeda in Iraq, the Jordanian who called himself Abu Musab al-Zarqawi. His enemies have accused him of many evils, including extremist views, selling out his comrades in the Sadat plot to the Egyptian security services, spying for Russia and other sins. The global jihad has never been a united family; it has been an angry factionalized movement since its inception.

It is universally assumed that Zawahri is hiding in Pakistan like his partner Osama bin Laden was until US forces found him in Abbottabad in 2011. What kind of pressure is he under there? Drone strikes have decreased markedly in the last year, so the most effective tool in fighting al-Qaeda in Pakistan is used less and less. Not even one lethal mission so far in 2014 has been reported. If Kabul and Washington don’t agree on a bilateral security agreement this year, the drones will go home from Afghanistan and their missions will end.

The Pakistani government has not arrested a senior al-Qaeda official in years; the last big fish its Inter-Services Intelligence (ISI) caught was in 2006. Pakistan’s own internal review of how bin Laden hid out in Abbottabad for years suggests the ISI was complicit in some way. Prime Minister Nawaz Sharif has a long history of doing nothing about al-Qaeda that dates to his previous tours as prime minister in the 1990s and his control of the Punjab, his home province.

Zawahri has friends in Pakistan. The Haqqani network of the Afghan Taliban has worked with him since the 1980s. They are under little or no pressure from the ISI; in fact, the two are close partners. The Pakistani Taliban is even closer to al-Qaeda, and the Sharif government seems determined to negotiate with it even as it continues to attack civilian and military targets across the country. Lashkar-e-Taiba, the so-called "Army of the Pure" that attacked Mumbai in 2008, has harbored al-Qaeda terrorists before in its camps and its leader Hafiz Saeed delivered the funeral oration for bin Laden after his death. He is still the darling of the ISI and protected in his headquarters outside Lahore. So Zawahri is hardly alone.

What can we tell about his mood? This is, of course, just conjecture. He does not give interviews and he has not lived a normal life. In his statements, he is consistently upbeat about the progress of the global jihad. He reminds listeners that the United States has left Iraq and will soon leave Afghanistan. His enemies like former Egyptian President Hosni Mubarak, the late Libyan leader Moammar Gadhafi and even former Egyptian President Mohammed Morsi are out of power. Syrian President Bashar al-Assad is still around, but under siege.

In his writings, Zawahri has always compared al-Qaeda to a band of knights fighting under the banner of Islam. They do not command a global army or a vast popular audience. Terrorism is not a popularity contest. Rather, the "knights" provide examples of what a few determined believers can do so as to inspire those who will come later to create a new caliphate, unite Islam, destroy Israel and drive the United States home broken and defeated just like the Soviet Union in the 1980s. It may all be a twisted fantasy and Zawahri is a murderer, but the view from his hideout, wherever it is, is probably a lot different from the media speculation.