Al-Qaeda is establishing a presence in Libya's security and intelligence systems. 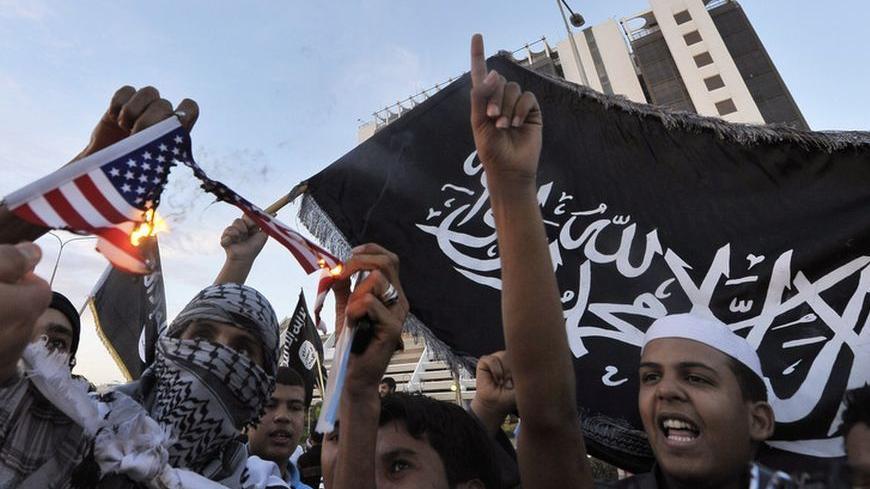 Protesters burn a replica of the US flag during a demonstration against the capture of alleged al-Qaeda senior operative Abu Anas al-Libi, in Benghazi, October 7, 2013. - REUTERS/Esam Omran Al-Fetori 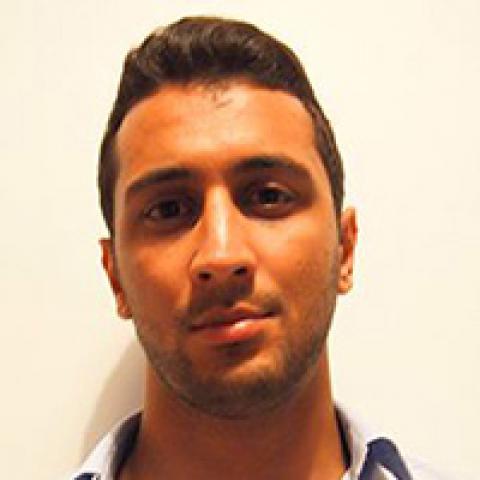 The Libyan government faces an unusual political crisis that threatens to change the course of the revolution, and at the center of it is US policy. The seizure of a senior al-Qaeda operative, Abu Anas al-Libi, by American commandos on Oct. 5, an operation according to the Libyan government conducted without its approval, has triggered a dramatic series of events that could accelerate a massive wave of change across the Libyan political landscape.

The kidnapping of Prime Minister Ali Zeidan on Oct. 10 by the Libyan Revolutionaries Operations Room and the bombing outside the Swedish Consulate in Benghazi the following day underscore a new chapter of violence that must be carefully assessed. The story of al-Qaeda in Libya is a complex tale, the understanding of which can benefit from a degree of hindsight. The violent fallout since Libi's capture must be carefully measured to discern where al-Qaeda fits, if at all, in the revolutionary narrative permeating the political and international discourse.

The original targeting of and attack on the US Consulate in Benghazi on Sept. 11, 2012, was viewed locally in a variety of ways. Locals claimed to never have heard of, and in any case lacked the Internet speed to view the trailer for Innocents of Muslims, the film said to insult the Prophet Muhammad and to have been in production in the United States. Jihadist groups in Benghazi, angered by speculation and claims of espionage and intelligence gathering conducted by 21 CIA personnel at a building adjacent to the US mission in Benghazi, are considered the more likely culprits for carrying out the consulate attack. Local assessment now links the operation to capture Libi to the very same intelligence-gathering suspected in 2012. This is likely to resonate with local jihadist groups, and more important, al-Qaeda.

Until now, there has been little to no evidence to suggest that Libya is operationally significant to al-Qaeda. The signature-style bombings, supreme acts of violence to herald a new world, have been distinctly lacking. The infamous audio and videotapes and claims of responsibility by al-Qaeda leaders are also absent. The foreign presence in Libya works closely with civil society, and thus disturbs the required social environment al-Qaeda needs to operate and, indeed, to flourish.

The binary of oppressor and oppressed has expired in Libya. The days of age-old political crackdowns on Islamists are over, with at least four parties represented in the General National Congress. This leaves the theological narrative against the state that nourishes al-Qaeda’s worldview in jeopardy. This is not to say that jihadism has died in Libya. On the contrary, it is very much alive, but now exists in the form of localized militias with new and differing goals, often couched in democratic and constitutional rhetoric. The revolution for al-Qaeda, like many others, has been afforded a new strategic outlook.

Post-revolutionary Libya is a blank canvas for competing and emerging tribes, regions, elites, militias, returning exiles and remnants of the toppled regime. Al-Qaeda and groups that share its philosophy are no different from these organizations, each seeking to play a role in building the country. The ongoing political challenges and failures have meant that they too have a voice, or at least a strategic view on the emergence of a new order in Libya.

Senior al-Qaeda and affiliated militants had decisive roles in the revolution. They have since sought to build up or acquire active roles inside the emerging official and semi-official security and intelligence apparatuses of the state. Who could blame them? Having been on the radar of every security agency on the planet for almost two decades, carving out a new one could reap huge dividends. The strategic shift in power and approach has allowed them to evade capture, but also to present and promote their ideological vision for the new Libya alongside other puritanical Salafi-jihadist groups and al-Qaeda in the Islamic Maghreb (AQIM).

The past two years have witnessed several key events: the destruction of Sufi mausoleums; the capture and torture of Copts proselytizing in Benghazi; the journey made by one-time AQIM leader, Mokhtar Belmokhtar, to purchase arms in Tripoli, as well as the emergence of such radical groups as Ansar al-Sharia in Benghazi and Derna. All of this bodes well for the visions of Salafi-jihadists and al-Qaeda’s social landscaping efforts.

Al-Qaeda, however, is thought to be treading carefully, not wanting to upset the balance and turn public opinion against them. The leadership has for the past decade been attempting to stay on the right side of social sentiment. Ayman al-Zawahiri’s famous 2005 letter to Abu Musab al-Zarqawi, founder of al-Qaeda in Iraq, amid an rash of beheadings and suicide bombings, found the al-Qaeda leader pleading for a more sober approach to the jihad in Iraq and to “avoid any action that the masses do not understand or approve.”

So far, restraint has proven successful in Libya. Salafi-jihadist groups and individual sympathizers have been measured. Their actions are dressed in “Islamic”  and “revolutionary” garb in destroying the remnants of the previous regime. It comes as no surprise that following the Libi operation al-Qaeda sympathizers capitalized on the event and held protests in Tripoli and Benghazi during the following week.

The capture of Abu Anas could thus signal a new trajectory for al-Qaeda and affiliated groups. The renewed security-based approach of the US administration regarding Libya will most certainly have jihadists looking over their shoulders, wondering who might be next? The fragility of the democratic narrative in Libya is once again under threat, from a new force. The bombing of the Swedish consulate in Benghazi reflects less on Swedish foreign policy, than the small number of European expatriates who used to regularly meet there every Friday. The blast was thought to have missed them by some 10 minutes.

US policy in Libya must focus on working with and, indeed, creating from scratch a national security counterpart. If the “war on terror” framework clashes and competes with the new democratic narrative, it could lead to even more violence in the country. Failure to reaffirm their commitment to building resilient democracies based on the rule of law would only play into foreign policy grievances that jihadists tap into to recruit new members. It could also risk alienating the American and international diplomatic presence in the country, putting the lives of ordinary civilians at risk, particularly given the clandestine use of US commandos.

Al-Qaeda’s next step in response to the Libi operation remains to be seen. As has occurred time and time again, just at the moment al-Qaeda looks beaten, like a deadly virus it develops a new strain much more lethal than its predecessor. If such a scenario is to be avoided, every possible collaborative option with the Libyan government must be exhausted before a unilateral approach is taken.

Anas El Gomati is the founder of the Tripoli-based Sadeq Institute, the first Libyan think tank, where his research focuses on socioeconomics, democratic governance, the security sector and political Islam in Libya. He is also a visiting lecturer at the NATO Defense College in Rome, where his work focuses on political analysis and public policy. On Twitter: @AGomati 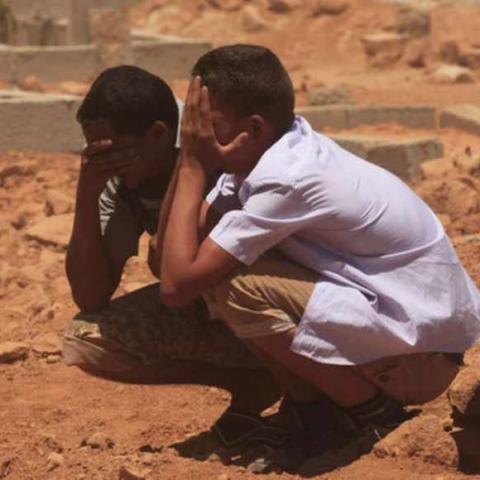