The Inevitable Rise Of Al-Qaeda in Libya

The abduction and release of Libyan Prime Minister Ali Zeidan by an armed group reveals that terrorists have been empowered since the US-backed Feb. 17 revolution, which overthrew Libyan leader Moammar Gadhafi. 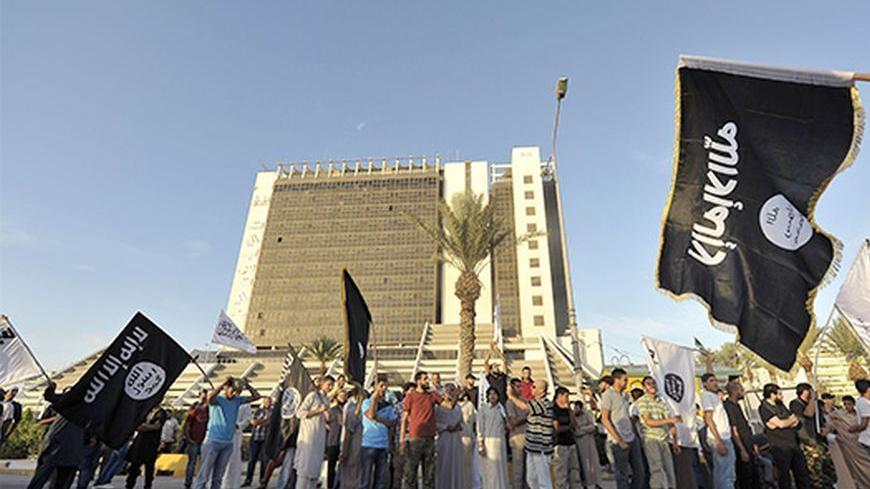 The seizure and rendition of key al-Qaeda operative Abu Anas al-Libi in Tripoli on Oct. 5 is being hailed as a victory for American counterterrorism efforts. Given that Libi — or Nazih Abdul Hamed al-Raghie, as he is known in civilian life — has been a wanted man in the United States for more than a decade, a victory undoubtedly it is. Libi is under indictment in the United States for his alleged role in the 1998 African embassy bombings. On closer inspection, however, the rendition operation also exposes the contradictions of American Libya policy and, in particular, the boon for al-Qaeda-linked and al-Qaeda-inspired groups that the US-backed Feb. 17 revolution against Moammar Gadhafi has represented.

Indeed, the very fact that Libi could have been living openly in Tripoli is a direct result of the triumph of the anti-Gadhafi revolution. Albeit little known to most Americans, during the last years of Gadhafi’s rule, the “old” Libya had become a “critical ally in US counterterrorism efforts” — as one leaked State Department memo put it. Gadhafi was particularly eager to cooperate, given his interest in taming Libya’s own homegrown al-Qaeda affiliate, the Libyan Islamic Fighting Group (LIFG). The organization — of which Libi was a member — had long been dedicated to overturning Gadhafi's “apostate” rule and replacing it with Islamic governance.

It is surely no coincidence that, per the declarations of his son Abdullah, Libi returned to Tripoli in August 2011. It was at this very time that rebel forces seized control of the Libyan capital, their path to Tripoli having been paved by massive NATO bombing. If the “new” Libya that has emerged as a result was likewise an effective and reliable ally of the United States, then a simple extradition request ought to have sufficed for the United States to obtain custody of Libi. Special forces raids conducted in defiance of another country’s sovereignty are typically reserved for hostile or failed states.

That the triumph of the Libyan rebellion would, on the contrary, provide an exceptionally hospitable environment for al-Qaeda and kindred jihadist organizations was inevitable. As documented in my recent book The Jihadist Plot: The Untold Story of Al-Qaeda and the Libyan Rebellion, it was none other than the LIFG that provided the military backbone of the anti-Gadhafi rebellion. The history of close cooperation between the LIFG and al-Qaeda was so extensive that the Libyan group figured among the very first organizations to be designated as al-Qaeda affiliates by the UN Security Council in the immediate aftermath of the 9/11 attacks. Indeed, by the late 1990s — long before Ayman al-Zawahiri officially announced the “merger” of the two groups — the LIFG was already essentially operating as a full-fledged al-Qaeda chapter.

The leading role played by the LIFG in the anti-Gadhafi rebellion became glaringly obvious in August 2011, when Tripoli fell and Abdul-Hakim Belhadj, the historical commander of the organization, emerged as the city’s new military governor. Self-professed and celebrated veterans of jihad would likewise lead rebel forces on other key fronts of the Libyan war.

The role played by the LIFG appears to have been anything but accidental. As British court documents cited in The Jihadist Plot show, the LIFG had a longstanding plan for destabilizing the Gadhafi regime, consisting of many of the same tactics that would be put into practice at the outset of the rebellion in February 2011. Testimony suggests that the author of the LIFG plan was Abu al-Munthir, aka Sami al-Saadi, the chief ideologist of the organization.

Both Belhadj and Saadi — respectively, the military and the “spiritual” leader of the LIFG — had just as intimate ties with Osama bin Laden and the al-Qaeda core as Libi. Indeed, as the leaders of the LIFG, their ties were undoubtedly more intimate. According to former LIFG member Noman Benotman, Belhadj was present with bin Laden at Tora Bora in December 2001 as US and allied forces closed in on the al-Qaeda leader’s mountain refuge. Saadi enjoyed such prestige among the Arab jihadists that established their base of operations in Afghanistan in the 1990s that Taliban leader Mullah Omar is said to have dubbed him — and not bin Laden! — “the Sheikh of the Arabs in Afghanistan.”

Moreover, both men have been connected to major terror plots in the West. Phone records obtained by Spanish investigators show that only weeks before the March 2004 Madrid train bombings, Belhadj was in touch with Serhane ben Abdelmajid Fakhet, the leader of the cell that would go on to carry out the attacks.

Three weeks after the bombings, Fakhet and six accomplices blew themselves up as Spanish police laid siege to their hideout in a Madrid suburb. According to Spanish counterterrorism expert Fernando Reinares, only minutes before the explosives were detonated Fakhet contacted another leading LIFG member in London. At the time, numerous LIFG members were living in asylum in the United Kingdom, as had Libi before he became a suspect in the embassy bombings. The timing strongly suggests that Fakhet’s London contact was the “emir” of the Madrid terror cell.

A certain “Abu Munthir” has been identified by British investigators as the guru of the so-called “fertilizer plot.” The plotters, young British Muslims who had trained in al-Qaeda camps in Pakistan, were planning on setting off ammonium nitrate bombs at civilian targets back home in the United Kingdom. The plot was broken up in early 2004. Numerous clues suggest that the “Abu Munthir” in question is none other than Sami “Abu al-Munthir” al-Saadi. Indeed, Saadi would himself be detained and rendered to Libya at the very time that the “fertilizer plot” was being broken up. According to the testimony of one of plotters, the Abu Munthir of the “fertilizer plot” was also attempting to obtain a radioactive “dirty bomb” — namely, with the help of a certain “Abu Anas.”

In detaining Libi, US authorities undoubtedly believed they were going after low-hanging fruit. But the root of the problem in Libya is the vast and heavily armed network of jihadist militias whose ascendency America and its NATO allies themselves secured. It was to be expected that the militias would not take long to respond to the rendition of Abu Anas. With the temporary detention of Libyan Prime Minister Ali Zeidan, who has since been released, an indication of that response has come. By seizing Zeidan, the militias are letting the whole world know where the real power in today’s Libya lies.