Demand for women-only buses in Istanbul 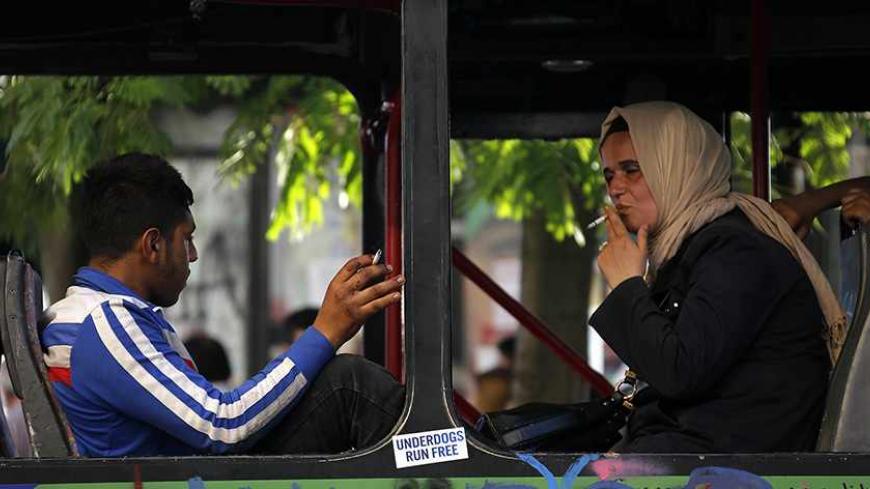 I met Zehra in Istanbul during the summer of 2012. She was working as a waitress at the café I frequented at Taksim. Always with a big polite smile, Zehra answered my endless questions about how to move around in Istanbul. She would explain to me which ferries to take, which streets are shortcuts, and which buses to avoid. She was what every woman would want to have in a city like Istanbul: a shrewd native of the city who knows the “nooks and crooks” of town. I will never forget the time she pulled her Taser gun from her purse and said, “I only use this when I’m groped.”

Sexual harassment on the streets of Istanbul is anything but the “norm.” When Allyson Neel reported the situation from Istanbul in January 2013, Elif, a young single woman working as an assistant to a prominent politician, criticized the piece as orientalist and commented on Twitter that the situation in Istanbul is nowhere comparable to that of India. I had a rather intense exchange with Elif. She was adamant that if you acted properly no men would harass you.

This was precisely why I was perplexed when I learned that Elif supported a possible march scheduled for Dec. 29 in Kadikoy, Istanbul for “women-only buses.” When I asked why she would support this idea, and she said “because this would protect women and girls traveling without a male companion from verbal and physical harassment.” I understood that Elif had been sexually harassed in public recently. She was hurt psychologically and kept repeating, “This could happen even to a hijabi [dressed according to Islamic rules]. I cannot understand; I am dressed so modestly.”

Here I must provide the disclaimer that I am a supporter of “women-only transportation” in Turkey, given the situation. Allow me to explain: I know it is a temporary solution to a deeper problem, but I am not optimistic for “real” solutions from the government regarding women’s issues.

Women-only areas in the public domain, including public transportation, cafes and other places, have long been a star in the Ikhwani [activist "brethren"] flags. However, examples of women-only transportation are not found exclusively in the Muslim world. Cities in Japan, India, Brazil, Mexico and Guatemala have similar programs. There are two common features in all women-only transportation programs. The first is perpetual sexual harassment. The second is politicians who use this opportunity to gain favors from voters. This is what writers for Turkey’s most popular hypertext dictionary, Eksisozluk, debated with 30 pages of entries (about 300 items) between Dec. 5 and 8. Not even a government plan, but mere rumors of a just-proposed march had gotten most commentators up in arms.

The issue of sexual harassment is real for all women, young or old, hijabi or not. Yet there are other ways to minimize sexual harassment in public spaces, such as harsher punishment and better use of public security cameras. Public naming and shaming, not of the victim but the abuser, may be a good deterrent, yet none of these methods or others are being discussed in Turkey. The Turkish government and public are all too comfortable putting the blame and the responsibility on women to guard their chastity.

As Zehra, my cheerful young friend, correctly iterates, “If you share your harassment stories with your boyfriend, husband, or even father or brother, your freedom will be curtailed, and nothing will happen to the men.” That is why when the news broke at the end of November 2013 that in a high school “female students demanded to eat lunch in isolation” and a curtain was hung to separate the sexes at the cafeteria, many asked what kind of harassment these young boys were capable of. AKP (Justice and Development Party) members’ argument about how wrong it is to have coeducation has not yet been forgotten. Another city in Turkey, Afyon, has already started women-only buses to protect women from “incidents of theft” and overcrowding.

Consider the news of women-only beaches and swimming pools in upscale Turkish hotels, and the new trends (which have not yet reached Turkey) from Sanaa, Yemen and Egypt of women-only cafes. There are even newer alternatives as the latest Islamic cafe in Cairo, where women and men are served in separate sections and no music is played.

This kind of Islamic café trend is more likely to take hold in Turkey where gyms, beaches, pools, and cafes have sections for men and women. Already more places advertise as “family” establishments, and several of them turn away or seat unaccompanied men in different levels. This is an unspoken yet longtime custom in several small-scale Turkish eateries where male-only groups are seated on one floor and “families” (meaning females only, or females with male companions and children) are seated on a separate floor. Turks have been discreetly separating haremlik (family or female-only areas) and selamlik (male only areas) since the Ottoman era, so in the next decade it is likely that it will be called by its appropriate name.

Some people cannot help but ask, "What is next? Women-only streets?" Limits, as always, will be determined by the politics of the day.

Another argument is the commendable ability of Ikhwanis to use Western ways and means to enhance their goals. Public protests and solidarity marches are just a few. The good news is no one in Turkey expects this group marching for “women-only buses” to be gassed, water-hosed or arrested. This is the kind of march that has the AKP government’s seal of approval. This kind of march also serves to solidify AKP’s “conservative” base, which has been jolted, if not shaken, by the latest AKP-Gulen debacle.

Prime Minister Recep Tayyip Erdogan has calculated the loss of some Gulenist votes would not hurt his base; however, if Gulenists convince other “conservatives” or Islamist groups that AKP elites are not what they seem to be by the rumors of sex tapes or large-scale corruption or eavesdropping and surveillance of Islamic groups or observant Muslims, Erdogan would sustain heavy loses. Hence, it is a smart move to mobilize AKP’s notorious “50%” base to unify under such “Islamic causes.”

The more secular backlash there is on “conservative” or “Islamist” demands on sharing public spaces, the more rally-around-the-flag effect AKP — the only Islamist party in the political arena — would have on its way to the elections. Hence, we may expect more “talk” on sex in Turkish politics, be it women-only spaces in the public domain or sex tapes of AKP members — which Erdogan declared was against his conservative stand when opposition parties faced the same “dirty tricks” in Turkish politics a few years ago. If what goes around comes around for Erdogan, he will need Islamists to back him up for survival. And in the meantime, women like Elif and Zehra quietly suffer daily groping and other forms of sexual harassment on the streets of Istanbul.