Tunisia’s newly nominated prime minister, Mehdi Jomaa, has been given a two-week period to form an independent and nonpartisan government. 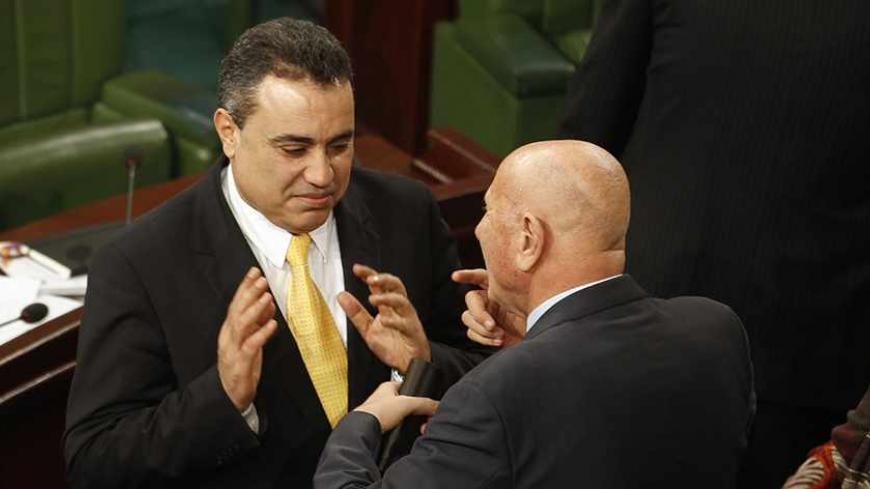 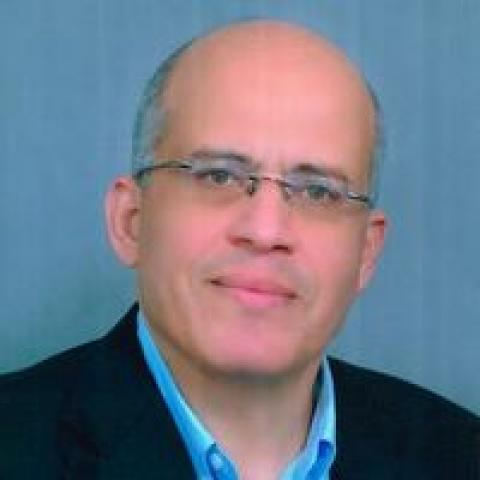 The countdown to the fourth and final interim government within Tunisia’s arduous transition was launched on Christmas Day, as newly nominated Prime Minister Mehdi Jomaa was given a two-week period, starting Dec. 25, to form an independent and nonpartisan government.

The timeline was part of a “near-consensus” agreement reached by political parties within the “national dialogue” and carried out under the aegis of the trade unions. The clinched deal provided for the adoption of a new constitution, the setting up of an independent electoral body and the formation of a new independent government before the “third anniversary of the revolution” on Jan. 14, 2014.

Just a few weeks before, this multitrack game plan would have been deemed a tall order. But ever since the agreement to nominate Jomaa, the turbulence of previous months has given way to an unusual smooth sailing. After months of dire predictions premised on the country’s deteriorating economic situation, mounting terrorism and dangerous political polarization, a tinge of cautious optimism is in the air.

What has happened to produce such a turnaround? There was the obvious sense of relief over the breakthrough in the “national dialogue.” Previous inability to reach an agreement had brought Tunisians close to a collective nervous breakdown. According to Tunisian pollster Hassen Zargouni, more than 60% of Tunisians are now optimistic about the success of the new head of government. There was also the profile of the nominee. While all previous political candidates stumbled on rejection by one party or the other, Jomaa enjoyed the benefit of the doubt. He stood out as a fresh face not marked by the past or by political polarization.

The choice of the 51-year-old candidate also allowed the whole political class to “save face.” Previous attempts at nominating candidates from the 80- and 90-something generations were somehow paradoxical in a country where history was made just three years ago by rebellious youths who put their lives on the line to have their word to say in the management of their country’s affairs.

A difference was also made by the persistent efforts of the four organizations that brokered the deal: the General Workers Union (UGTT), the National Business Federation (UTICA), the Tunisian Bar Association and the Tunisian Human Rights League (LTDH). For many weeks, the civil society “quartet” invested time and credibility in the exercise. According to Ghazi Ghrairi, secretary-general of the International Constitutional Law Academy, the arbitration role played by the organizations could not have easily happened in any other Arab country. “It is a special feature of Tunisia,” he argued.

Changes in the country’s social environment were a factor as well. By the middle of December, the main political parties had become aware that domestic public opinion was aghast at the behavior of the entire political class. November polls showed that more than 70% of Tunisians were dissatisfied with the government, the Constituent Assembly and the opposition. Political elites, perceived as unable to agree on anything, were losing popular support. Political leaders therefore had their backs against the wall. As the “quartet”-imposed deadline for the end of the negotiation process approached, no political party could afford to be perceived as the grinch who stole Christmas.

With that sense of urgency, ending the impasse became the only option. After months of unyielding attitudes, the main political parties were ready for compromise, however painful. Ironically, events in Egypt helped bridge the gaps. To Islamists and secularists alike, it became obvious that the “Egyptian scenario” could not be replicated in Tunisia. Ameur Lariadh, president of the political bureau of the Islamist Ennahda movement admitted in a recent interview, “What happened in Egypt carried weight. It encouraged compromise and discouraged the foolish temptations by coups.”

Considering the fast pace of progress since the Dec. 14 agreement, Tunisian politics suddenly seem thrust into a fast-forward mode. Despite continuing contentiousness, the focus is clearly on the future. Parties are debating ways to maximize their chances in the next elections. Organizing elections before the end of the year is the next major step of the transition. Even with no precise date yet, political coalitions are morphing into electoral alliances. On the right and on the left, political operators are exploring new venues to improve their chances of winning voters. With about half the voters either unsure about who they are going to vote for or if they are going to vote at all, the race is wide open.

Past-oriented reflexes of nostalgia or vindictiveness are slowly losing traction. “Destourian” old hands are coming in from the cold to form their own political parties. Considering the new political climate, there is less room for the chronic gripes about unfulfilled expectations. According to a November poll conducted by the “Social Science Forum,” 89% of Tunisians complain that their “standard of living was better before the revolution.” This is the stuff of which dangerous frustrations are made.

It remains to be seen, however, whether the acceptance of compromise during the final sessions of the “national dialogue” was a “game changer” or a short-lived trend. Columnist Khaled Haddad sees in the agreement a durable development. “The political settlement has introduced a real and maybe definitive differentiation between the serious and the foolhardy, both on the right and the left,” he wrote.

It remains to be seen, also, whether Jomaa will have the time and support he needs to carry out his agenda if he receives the Constituent Assembly’s vote of confidence. He recently promised that "ensuring adequate conditions for transparent and credible elections, the security of Tunisians and promoting the economy,” will be among his priorities. Additional tasks await him. As part of the “national dialogue” road map, he will have to ensure the “neutrality” of civil service and of mosques, review the lists of civil servants appointed by previous interim governments and dissolve the “Leagues for the Protection of the Revolution.” That could prove to be treacherous terrain.

Conflicting considerations between political formations and within many of the parties themselves could create unexpected difficulties within the Constituent Assembly and raise questions about the possibility of making the various deadlines. But the “national dialogue” brokers remain optimistic. They are counting on a new mind-set among political actors. “The stage of one-upmanship is over,” said the head of the Tunisian Bar Association, Mohamed Fadhel Mahfoudh, in a reassuring manner during an interview with Wataniya 1 TV channel on Dec. 24. Whether or not that proves to be true, transition politics in Tunisia have most certainly entered a new stage.