Iran and the nuclear agreement: Trust but verify

Three senior former diplomats from the United States and Iran write that the interim agreement with Iran can lead to progress not only on the nuclear file but also in Syria, Afghanistan and Iraq. 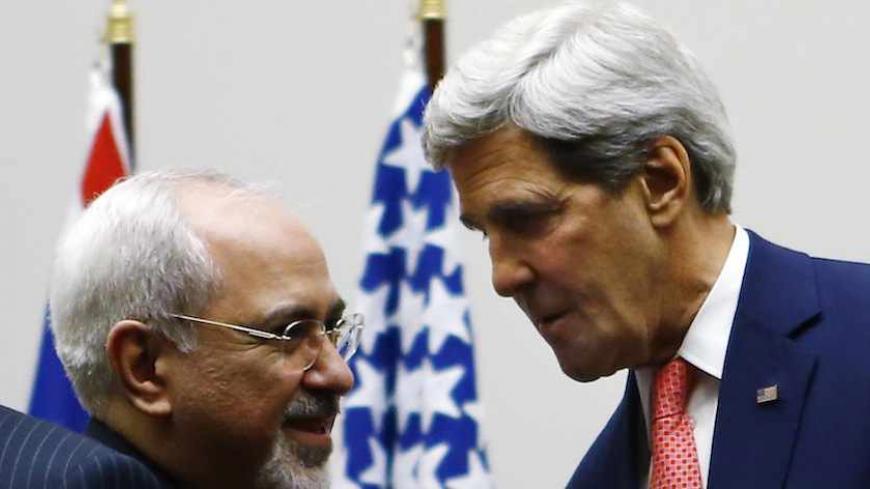 The Joint Plan of Action signed in Geneva represents a serious step toward defusing the longstanding dispute between Iran and the West over Iran’s nuclear program. Both sides negotiated seriously and in good faith, overcoming substantial problems while achieving an important agreement.

For the interim agreement to work, however, both sides need to commit unequivocally to fully meeting the obligations on time. There is no room for delays, obfuscation, excuses.

This is not simply a matter of building trust or goodwill. Yes, an interim agreement has been reached, but with 30-plus years of deep distrust and enmity between Iran and the West as the backdrop. There is no sugarcoating the distrust or sense of victimization that pervades this agreement, and the feeling on both sides that the other will not fulfill its obligations or, more bluntly, will cheat.

For both Iran and the international community, the failure to implement this interim agreement scrupulously will have exceedingly serious consequences. If Iran fails to do exactly what it has committed to do, opponents will say it is a sign that Iran is using the interim agreement to simply buy time to achieve nuclear weapons capability. If Iran fails to come clean about all of its facilities, as required by the International Atomic Energy Agency (IAEA), it will be taken as proof that these negotiations have been a sham.

At the same time, if the West does not lift the specified sanctions or, worse, should US Congress or another country actually impose greater sanctions during this six-month period, it will be a clear sign that the West is not interested in a negotiated deal and that the United States has not distanced itself from a policy of regime change.

The most important thing both sides should do now is convince the world that this deal is credible — not perfect for either side, but good enough to meet both sides’ minimal requirements. Otherwise, the voices of the skeptics and opponents of the deal will rise above those wanting it to work. Skeptics and opponents abound — in both Tehran as well as in many other capitals, including Washington.

For the United States, internal opposition to the deal and concern about Iranian behavior have been reinforced by the trepidations of two of its closest allies, Israel and Saudi Arabia. The deep uneasiness in Jerusalem and Riyadh is tangible and immediate, for both countries see Iran as a mortal enemy, bent on Israel’s destruction and regional hegemony. For Iran, internal opposition to the deal and concern relate to US policies, reinforced during US President Barack Obama’s first term and supported by Israel that challenge Iran’s right to enrich it nuclear stockpile for energy use.

Thus, if either side fails to do exactly what it is required to do under the terms of the agreement the deal will be seen as a failure — and the consequences of such a failure must be understood up front. The first time Iran delays an inspection, hedges on fulfilling a commitment, seeks to buy time before implementing part of the deal or, far more dangerously, is caught cheating by failing to report an activity not permitted by the agreement, the EU3+3 (France, Germany and the United Kingdom, plus China, Russia and the United States) would not only reimpose and strengthen sanctions immediately but would also go to the UN Security Council immediately and likely adopt the strongest possible resolution authorizing corrective action under Article VII — that is, authorizing military action. Conversely, if the obligations undertaken by the EU3+3 are not implemented scrupulously or on time, Iran would feel it has the right to make unilateral decisions regarding the future of its nuclear program. While it is unlikely that Iran would gain Security Council support to assert this right, it would seek UN General Assembly support and likely begin a confrontational foreign policy against the United States and the West.

Even with perfect implementation of this interim agreement, there is no certainty that a permanent agreement can be reached in six months. The gaps between the two sides are still wide and deep. Indeed, if a permanent deal cannot be reached, it is quite likely that the crisis six months from now will be intense and explosive and the opponents of the interim deal will be vindicated.

But to have any hope of reaching a permanent agreement, this interim agreement must be followed to the “letter of the law.” Both the EU3+3 and Iran must adopt a firm policy today that they will have zero tolerance regarding delays or failure to implement the interim agreement. Complete, timely implementation will not only build trust and credibility but will also significantly improve the atmosphere and prospects for a full agreement within the next six months. Such a trend would facilitate further constructive cooperation between Iran and the world powers on other crises in the Middle East such as Syria, Afghanistan and Iraq. The interim agreement — and its faithful implementation — is a significant opportunity which should not be missed or it will constitute a failure of unimaginable proportions.

Daniel Kurtzer, a former US ambassador to Egypt and Israel, is a professor at Princeton University’s Woodrow Wilson School.

Ambassador Seyed Hossein Mousavian is a research scholar at the Woodrow Wilson School of Public and International Affairs at Princeton University. He previously served as Iran’s ambassador to Germany, head of the foreign relations committee of Iran's National Security Council and as spokesman for Iran’s nuclear negotiators.

Thomas Pickering is a former undersecretary of state and former US ambassador to Israel, the United Nations, Russia, India and Jordan.