The Kurdistan Regional Government of Iraq seeks to prevent the spillover of the war inside its borders. 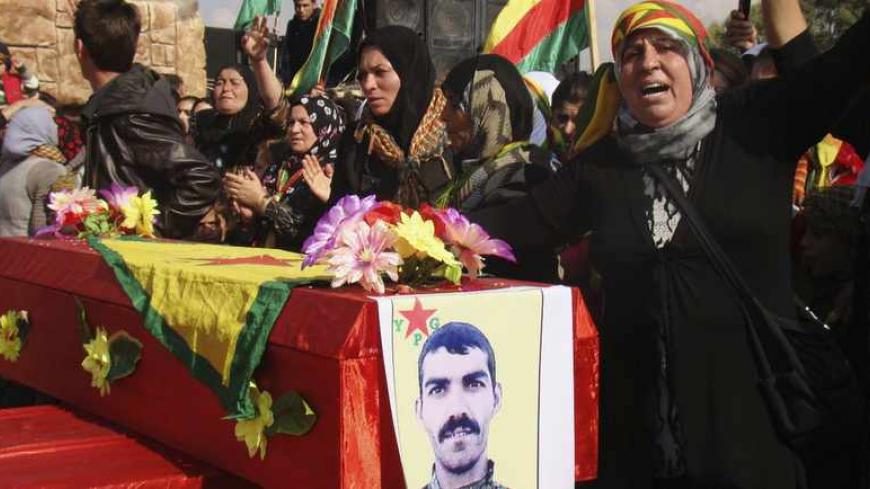 WASHINGTON — Kurdistan Regional Government's (KRG) Prime Minister Nechirvan Barzani has asked the Kurdish government to form a committee to investigate Kurdish jihadists going to Syria for jihad. The KRG is facing the same problem as other European countries: Jihad in Syria has not only brought al-Qaeda to Europe’s doorstep but also to that of the Kurdistan Region of Iraq, as shown by an attack in Erbil on Sept. 26.

The city of Halabja located in Sulaimaniyah province has been the historical stronghold of Kurdish Islamists since the 1960s. The first Kurdish Islamic party, the Islamic Movement of Kurdistan (IMK), was created in Halabja and declared a holy war against the Iraqi government in 1987 in response to the genocidal Anfal campaign.

However, the movement splintered as a result of the IMK joining the Kurdish government, and several Kurdish jihadist groups emerged that controlled parts of Halabja. In March 2003, a joint US special force and Kurdish fighters dislodged fighters of the Kurdish Islamist group Ansar al-Islam, which fled to Iran and has since been mostly operating outside the official Kurdistan Region of Iraq.

Since then, most Islamic Kurdish parties have operated inside the system and become more moderate, trying to achieve their goals through political means. But the war in Syria has provided more opportunities for Kurdish youths to refocus on an armed jihad and join groups such as the al-Qaeda-affiliated Jabhat al-Nusra and the Islamic State of Iraq and al-Sham (ISIS).

One of the legal Islamic Kurdish parties, the Kurdistan Islamic Group (KIG), tried to disassociate themselves from jihad, although their members sympathize with jihad in Syria.

Momen Zellmi, a Kurdish journalist based in Sulaimaniyah, who wrote an article for the Kurdistan Tribune about Kurdish jihadists in Syria, told Al-Monitor, “The people of Halabja have struggled against injustices, tyrants and despotism from early history.”

“So, I believe right now, while the people of this city — especially the youths — see the violence by [Syrian President Bashar al-] Assad against his people, they want to help the poor Syrian people in Syria by jihad against the Assad regime,” he said.

For the first time on Nov. 18, Kurdish security forces arrested a Kurdish jihadist at the airport of Sulaimaniyah returning from Turkey. Sheikh Lahur Jangi, head of the anti-terror force confirmed that Kurds have traveled to Syria to fight against the Syrian regime.

“These young Kurds are trained in advance and some of them are even trained to commit suicide. We are doing our best to obtain information about these terrorist groups, not only in Kurdistan but also in Syria,” said Lahur Jangi.

One of the government's countermeasures is banning the funerals of slain Kurdish jihadists who died in Syria and whose families want to bury them in their hometowns. Moreover, the KRG Ministry of Endowment in Iraqi Kurdistan has ordered imams and preachers in the region to advise young people not to go for jihad.

Although there are tensions and competition between the Kurdish nationalist political parties over power-sharing in the Iraqi Kurdistan government and over control of Kurdish territory in Syria, al-Qaeda-affiliated groups do not make any distinction between the different Kurdish parties from either Iraq, Turkey or Syria and see them as a threat.

Suicide bombings and attacks targeting Kurds have taken place not only in Iraq but also in Syria. Moreover, Kurdish nationalist parties have fought jihadist and Islamist groups in Iraq, Syria and Turkey and also fought against the Islamic Republic of Iran.

In a video statement released by ISIS in Sorani, Kurdish fighter Abu-Haris al-Kurdi said, “With these guns, we will return to [Iraqi] Kurdistan, and we will kill all of the members of the KDP [Kurdistan Democratic Party], PUK [Patriotic Union of Kurdistan] and [KRG] security forces [ruling KRG parties].”

Two Kurds, Abu al-Maqdisi al-Kurdi and Shakar Fayeq Hama Ameen, were involved in an ISIS attack on Dec 4 against the Iraqi intelligence headquarters in Kirkuk. Moreover, some say Kurds were also involved in the attack in Erbil on Sept. 26.

Zagros Hiwa, a spokesman for the Kurdistan Communities Union (KCK), the executive political council of the Kurdistan Workers Party (PKK), told Al-Monitor that the Kurdish movement in Turkey has a long history of struggle against Islamist groups in Turkey. Moreover, he accused the Turkish government of supporting jihadist groups against Kurds in Syria.

Hiwa said that the KRG might have turned a blind eye to the practices of jihadist groups in the Kurdish areas of Syria and the recruitment of Kurdish youths in Iraq. “Or it may have miscalculated the danger of this trend. But the attacks in Erbil and Kirkuk showed that these groups show no mercy to any people or any political group.”

"Any attack on the Kurdish people in South Kurdistan [Iraqi Kurdistan] by jihadist groups is an attack against the KCK, too. KCK strongly condemns any abuse of Islam for political interest and is ready to take the necessary measures in this regard, as it has already done so during its 40-year struggle,” Hiwa concluded. 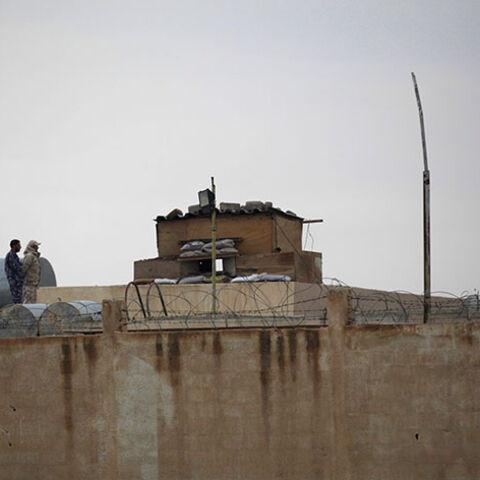