Social activists are worried about a new policy that will station clergy in an expanding circle of public schools in Iran. 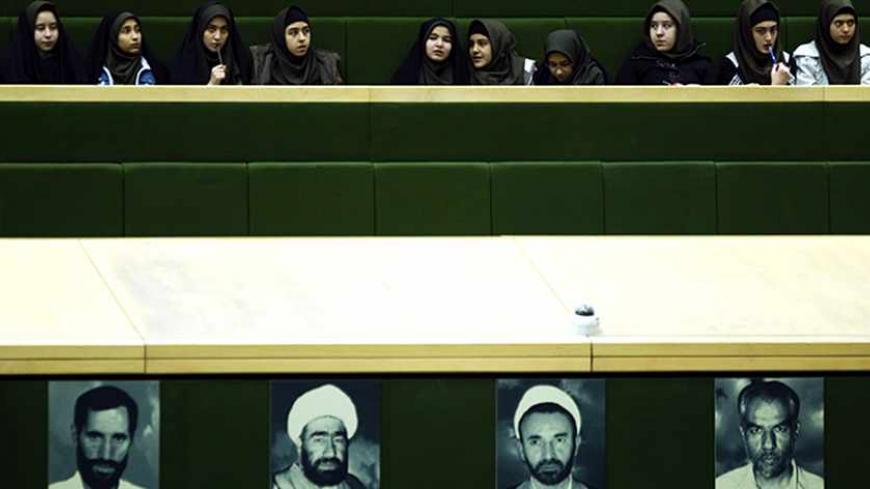 The Council of Cooperation between the Ministry of Education and the seminaries has reported an agreement according to which a group of public schools in Tehran province will be managed under the supervision of the seminary of Tehran. In accordance with this new program, a member of the clergy will be permanently stationed in each school, and all the cultural and education programs will be supervised by clerics. The goal of this program is "to be active within the framework of the religion and the principles of the Islamic Republic [of Iran] and to spread the ideology of the Guardianship of the Jurist." This program will gradually expand to include more public schools each year.

There is a long history of clerical involvement in Iran's educational system. Prior to the establishment of modern schools, all levels of education in Iran were supervised by the traditional clerical system, from the elementary level to higher education at seminaries. A variety of traditional sciences, including natural sciences and mathematics, were taught in the seminaries in a manner compatible with Islamic theology.

Dar ul-Funun is among the first examples of nonreligious Western-style schools in Iran. It was founded by Amir Kabir, the prime minister who served under Naser al-Din Shah in 1851. For the first time and with the help of Western teachers, modern sciences were taught in Dar ul-Funun in a manner completely separate from the clerical establishment. Gradually, these types of schools became common in Iran and, eventually, this system came to dominate all levels of education, from elementary to university. As a result, the clerics were completely removed from the official educational system of the country and were left to supervise only their own seminary schools and those students who were interested in pursuing a traditional Islamic education.

This trend, which resulted in the isolation of clerics and their lack of involvement in society, was one of main reasons for the tension between the clerical establishment and the Iranian government prior to the 1979 Islamic Revolution. With the hope of influencing the new educational system of the country at the time, a group of clerics became active in schools and universities in Iran. People such as Morteza Motahhari, Mohammad Mofatteh, Mohammad Beheshti and Mohammad Javad Bahonar became official employees of the Ministry of Education and the Ministry of Higher Education. The latter two were among the authors of the religious textbooks written for schools in Iran prior to the revolution. Some of the Iranian clerics, with the aid of religious benefactors, founded private schools, which were managed according to religious doctrines.

In addition to universities, clerics sought to exert influence over primary education. A large number of them were employed by the educational system as either prayer imams or teachers for religious studies. Textbooks for courses such as religious studies, the Quran, history and Arabic were either rewritten or added for the first time. In addition, preachers in general dedicated a large portion of their times to schools.

There was an increase in the number of private schools run by the clerical establishment starting in the early 1990s. These schools are licensed by the Ministry of Education and are all gender segregated. In addition to the regular school curriculum, the students of these private schools are exposed to special religious programs and lessons.

The religious studies programs in these schools sometimes includes references that could be considered biased or to encourage extreme thinking. During a visit to one of these schools in the city of Qom, Al-Monitor witnessed slander against other religions. Students were also instructed not to listen to music, even that broadcast by Iran's official TV station, and not to accompany their parents if they attend a mixed-gender family gathering.

Allowing the seminary of Tehran to take charge of some of the public schools in the province is a decision that has worried social activists, educational experts and even some Iranian religious scholars. Religious scholar and philosopher Yasser Mirdamadi wrote on his Facebook page, "All that needs to happen now is a few cases of students being abused by these seminarians. Then, the feeling of hatred of Islam will emerge in their hearts, a hundred times stronger that the little bit of Islam meant to be forcefully taught to these students."

Clerical meddling in the educational system makes people fearful of the emergence of a new generation composed of either religious radicals or radically anti-religion citizens. In addition to this fear, the fact that these clerics do not have any particular expertise or professional familiarity with the educational system will result in serious problems for those schools to be placed under the supervision of the seminaries. This problem will likely result in the cancellation of this new plan in the near future.