A source said Hassan al-Laqis was one of Imad Mughniyeh’s “smart students.” 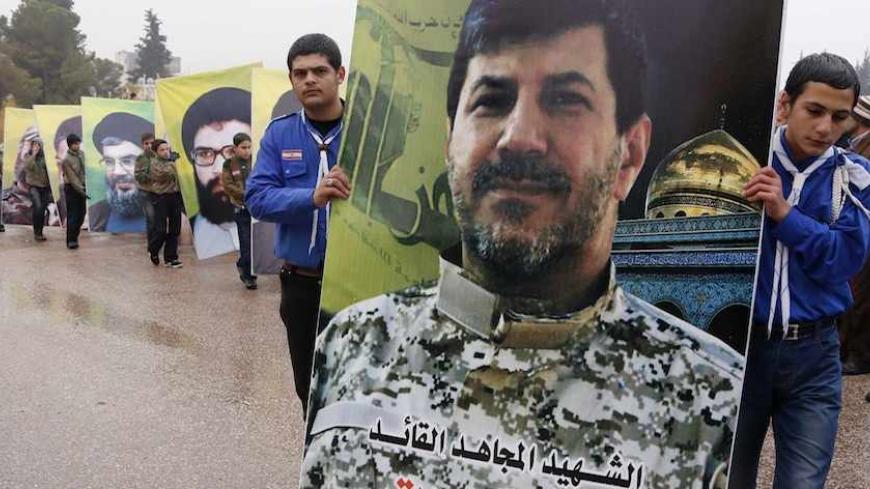 BEIRUT — It was at least the fourth time coming face to face with his assassins. Hassan al-Laqis didn’t survive this time. So who was this Hezbollah high-tech unit head who was killed?

“One of Imad Mughniyeh’s smart students,” a source close to Hezbollah told me. “He was Hezbollah’s technological Mughniyeh, he’s the commander whose team gave Israel and its spies a serious headache, both on the ground and in the air, he was a genius on the head of tens of geniuses whom are expected to continue the job he was doing.”

The source explained that Laqis was fond of technology and took the first steps two decades ago on the way to transferring Hezbollah into a techie organization. “His steps were seen by many in the beginning as very ambitious, he was the man who made Hezbollah intercept Israeli UAVs and record their footage for years.”

According to Al-Monitor’s source, Laqis and his team should be credited for the “Ayoub” drone that on Oct. 7, 2012, penetrated the Israeli airspace, passing close to the most important strategic Israeli installation, the Dimona nuclear reactor. The drone bypassed the entire Israeli radar and air defense system before being detected and downed by Israel.

The source revealed that Laqis’ efforts helped Hezbollah on Sept. 5, 1997, execute the Ansariyeh ambush, the operation that saw 11 commandos from Israel’s elite naval unit Shayetet 13 killed when they were on a mission inside Lebanon. “Hezbollah back then said that it succeeded through its own counterintelligence capabilities to learn about the operation in advance, later on Sayyed [Hassan] Nasrallah said it was the UAV footages. Today, I tell you it’s Hassan Laqis and his team.”

This is not all. One of the main Hezbollah-related stories during the last years with respect to its war with Israel was the dismantling of the Israeli spy networks in Lebanon. “Haj Hassan’s unit played an important role in uncovering several Israeli spies in Lebanon during the last years. There were complicated ways that they mastered, and he always wanted the smartest men with him. He was part of a dangerous war, but if you ask him how he would wish to die, he’ll tell you a martyr, and here he is.”

In 2006 during the July/August war between Israel and Hezbollah, Laqis survived two attempts on his life, one in which 26 people, along with his elder son Ali al-Reda, were killed when an Israeli fighter jet struck the building where he lives. “His phone was with his son,” explains our source, “just a few minutes after his son put the phone on for a certain reason an Israeli plane bombarded the building where he was.”

Since the early '90s, Laqis’ name appeared in Hezbollah-related activities in the West. In his book Hezbollah: The Global Footprint of Lebanon’s Party of God, Mathew Levitt, a senior fellow at the Washington Institute for Near East Policy, wrote that Laqis was Hezbollah’s chief procurement officer during the 1990s and that he played a role in paying for Hezbollah activities in Canada in 1994.

“From the first moment it was clear to Hezbollah [that] Israel was behind the attack,” the source explained. “The martyr was Israel’s enemy, besides after more than three decades of war, Hezbollah can quickly identify the Israeli touch on the operation.”

He then revealed that there are serious doubts within Hezbollah’s security ranks whether the assassination was fully planned and executed by Israeli officers, or by operatives in Lebanon, except for the surveillance. “This is still to be confirmed, there’s good reason to review Israel’s 1973 attack on PLO leaders in Beirut,” he concluded.