Unless the broadcasters behind Rabaa TV can offer more than sarcasm and spin, viewers in Egypt are likely to lose interest. 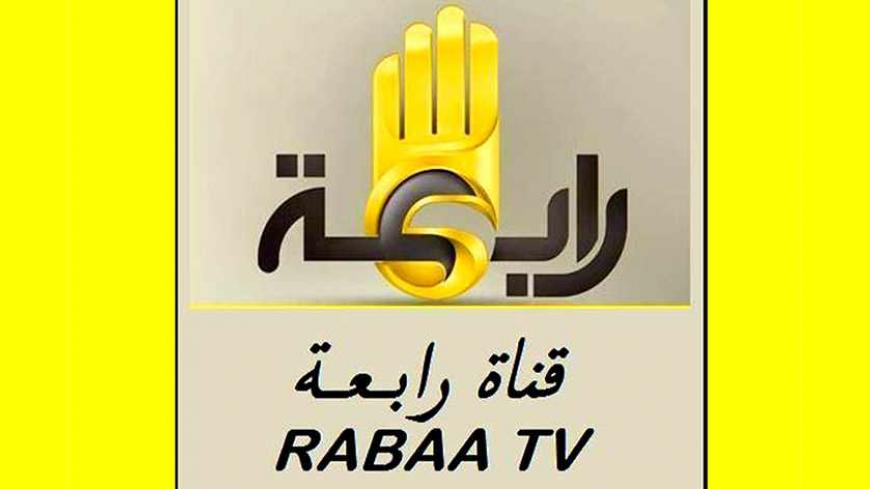 Rabaa TV, a new channel that supports the Muslim Brotherhood in Egypt, will broadcast from Istanbul. - Facebook/RabaaaTV

The Rabaa TV channel is in its early days, but already stirring widespread debate — even sarcasm — among some Egyptians. An overtly anti-regime channel broadcasting from Istanbul in support of the Muslim Brotherhood seems an intriguing concept for young Egyptians, but to the surprise of many, it is not new. Egypt has witnessed similar projects in the past, and the outcome of this one will probably be the same: loud noise that will fade with time.

Following former President Anwar Sadat’s historic visit to Jerusalem in 1977, political agitation spread among many Arab leaders who vehemently rejected any deal with the “Zionist state,” as they called it. Former Libyan leader Moammar Gadhafi took it a step further, opting to adopt Cold War tactics and create an anti-Sadat radio channel that broadcast from Libya. Gadhafi’s thinking was not irrational — in fact, his logic was sound. He judged that a combination of former President Gamal Abdel Nasser’s legacy, bad economic conditions, decadeslong antipathy to Israel and the rise of Islamism was a powerful enough mix to undermine Sadat’s regime and even stir a popular uprising to force a regime change in Egypt.

The channel broadcast various programs, including a satirical one that was particularly popular and presented by a popular figure from Nasser’s elite. He mocked Sadat’s speeches, his theatrical style and his wife Jihan’s involvement in politics. It was a mean, yet funny propaganda war. The channel also focused on Sadat’s record of questionable referendums. Sadat's controversial "Law of Shame" that targeted “crimes” such as broadcasting or publishing materials that could offend the “dignity of the state” was approved by 98.56% of the legislature, while the peace treaty between Egypt and Israel was approved by 99.9%. Such ridiculous results provided rich material for anti-Sadat radio.

Sound familiar? It should. Although the current turmoil in Egypt is mainly concerned with domestic rather than foreign policy issues, the way that Gen. Abdel Fattah al-Sisi has managed Egypt since July 3 has many striking similarities with Sadat’s methods. Moreover, the attitude of his regional rivals, such as Turkish Prime Minister Recep Tayyip Erdogan, his adoption of Egypt’s Muslim Brotherhood and its new TV channel resembles, in many ways, how Arab rivals dealt with Sadat.

Turkey, intentionally or not, is emulating Gadhafi’s actions. The channel that is named after Rabia al-Adawiya Square in Cairo — where a sit-in by supporters of ousted President Mohammed Morsi was forcibly cleared in August, involving the death of hundreds of civilians — was formally launched on Dec. 13.

It was understandable that the Muslim Brotherhood was looking for a media outlet, especially after the shuttering of their channel, Misr 25. Although the group is actively engaging with supporters and sympathizers over social media, that is probably not enough in a country where the use of social media is relatively low, particularly among the rural population, of which many are Brotherhood supporters or sympathizers.

The question remains, however: How effective will Rabaa TV be? The answer depends on the goals of the strategists behind it.

If these goals are modest and limited to maintaining contact with supporters and broadcasting the political opinion and vision of the group, then the Brotherhood may indeed succeed with relative ease in achieving them.

On the other hand, if the goals are more ambitious, such as stirring a popular uprising against the current leadership in Egypt, then the chances of success are much lower, just as Gadhafi’s channel failed to stir enough public resentment to generate a widespread revolt. It is true that Sadat’s popularity plummeted near the end of his tenure. His murder was a political assassination and not due to a popular uprising.

There are many reasons why Rabaa TV's ability to change the status quo in Egypt will be limited.

Gadhafi’s anti-Sadat radio gradually became irrelevant, predictable and even boring for many Egyptians. Unless the broadcasters behind Rabaa TV can offer an alternative vision — and not just agitation, anger and spin — their message will become repetitive noise that fails to capture the attention of the general public. History tells us that foreign-sponsored media outlets have never succeeded in effecting lasting change on domestic dynamics. It's doubtful that Rabaa TV can change that record.