The Bahrain Blackout in Arab Media

The state-sponsored Arab news networks in the Gulf have given scant coverage to the reform and protest movements in Bahrain, writes Ali Hashem. 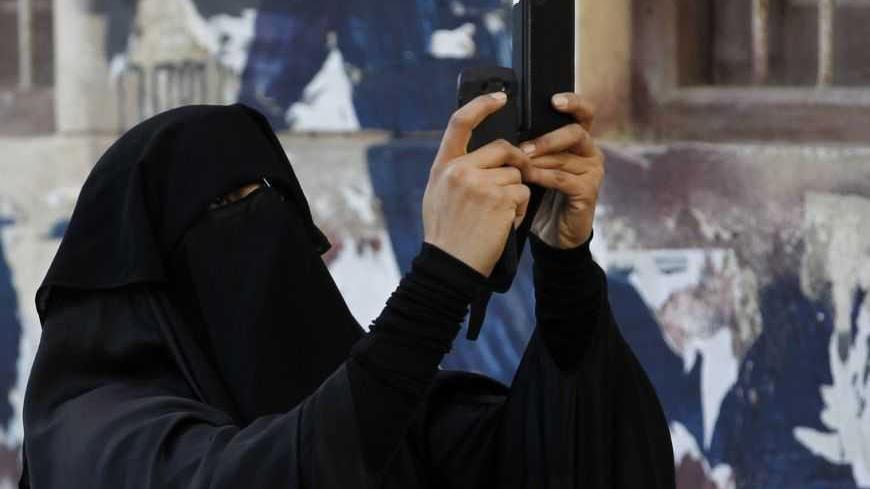 A protester uses a mobile device to take a video of an anti-government protest in the capital Manama, Dec. 17, 2012. - REUTERS/Hamad I Mohammed

Growing up, I had always thought Lebanon was the smallest among the Arab states. It was actually Bahrain that was the tiniest. At the time, the word "Gulf States" meant, to me, vast gold-plated empires.

As one matures and ages, I discovered more about the world; the more I knew, the more I realized that what I thought was plated with gold was only rusty iron walls besieging people who live and suffer as we do; they share with us the same air we breathe; and most importantly, they don’t all eat with golden spoons.
It's not to say that all Gulf States are ruled by tyranny. That would be an unfair judgment. Nevertheless, some of these states have minorities who have been and continue to go through what can be fairly described as "sectarian discrimination," Bahrain being a blatant example.
On Feb. 14, 2011, a group of Bahraini activists were resolved that it was time to raise the volume. Building on what activists in Egypt and Tunisia achieved, people took to the streets demanding freedom and reform. Those long-suffering under the rule of the Khalifa dynasty demanded to feel they were citizens in their country, a feeling lost long ago.
Nabeel Rajab, Abdul Hadi, Zaynab, Maryam AlKhawaja and many others thought their movement will be embraced by Arab media as were the sister revolutions in Egypt and Tunisia. That was an illusion!
Arab channels were then busy covering the aftermath of the Egyptian revolution, and the first sparks in Libya. The illusion was that nothing drastic was occurring in the tiny Gulf state. Whatever news emerged from there failed to make headlines. That is the same situation today.
News outlets risked their teams' lives sending them to Libya and Egypt, and later to Yemen and Syria, to secure uncensored coverage. Some lost staff members on the job, but this didn’t shake their determination to be the "voice of the voiceless." Some reporters became heroes in the countries they risked their lives to report from.
When the uprising in Bahrain erupted, I was then still working for Al-Jazeera, the leading Arab news channel, that was covering on an hourly basis what was to be dubbed the Arab Spring. Grass-roots movements were happy to view fellow Arabs taking to the streets and toppling dictators minute by minute. Many intellectuals and media professionals, however, were questioning the standards the Qatari channel was abiding to in covering certain revolutions whilst ignoring others, namely Bahrain.
When faced with the allegations, seniors at the Qatari channel gave one answer: "We have no access" in Bahrain. That answer could have had some weight if Al-Jazeera's English Channel hadn’t produced a masterpiece that will always be referred to as one of the best documentaries about Bahrain, Shouting in the Dark. The Al-Jazeera English Channel had undercover reporters in Manama covering the unrest, while the Arabic channel tended to derive its news from agencies. When a reporter was given the permission by the Bahraini authorities to cover, the reports seemed more like messages of reconciliation than field coverage of an ongoing uprising, a rhetoric that differs much from the one the channel adopted in approaching the Arab Spring.
Al-Jazeera's main competitor, Saudi-owned Al Arabiya, had a different approach to the situation in Bahrain. The channel reflected the official point of view, accusing the activists of being Iranian proxies accusing demonstrators of being armed. The channel's editorial line wasn’t of a surprise to many given the fact Saudi troops entered Bahrain, to help put an end to the ongoing unrest.
Al Arabiya produced several documentaries on the unrest in Bahrain; they all carried one message: the regime (Bahrain) is facing an Iranian conspiracy; an accusation that was refuted in the report of the independent fact finding commission that was  appointed by the Bahraini king.
The Arab media map consists of more than 700 channels, 5% of which are news channels, some Arab-owned channels, others are international channels with Arabic services. The latter were much more credible when it came to the coverage of the Arab spring in general, and in the Bahraini case, they gave the story more time, leading with it, whenever there was breaking news. This fell short of  affecting the output and influence of two most viewed channels, Al-Jazeera and Al Arabiya, these two are factually the most influential, and they often gauge the news compass.
The darkest part about the uprising, was how it was linked to Iran, the latter perceived as supporting the crimes of Syria's regime. Suddenly, sympathizing with Bahraini freedom seekers became synonymous to betraying the Syrian revolution; a strange equation that made Bahrain's uprising a victim of geopolitics and regional contradictions, and transforming its popular movement from a promising uprising to the black duck of the Arab Spring.

Ali Hashem is an Arab journalist who is serving now as Almayadeen news network's chief correspondent. Until March 2012, Ali was Al-Jazeera's war correspondent, and before that was a senior journalist at the BBC. Ali wrote for several Arab newspapers, including Lebanese daily Assafir, Egyptian dailies  Almasry Alyoum and Aldostor, Jordanian Alghad, he also contributed to the Guardian.