Why Hezbollah Is Fighting in Syria 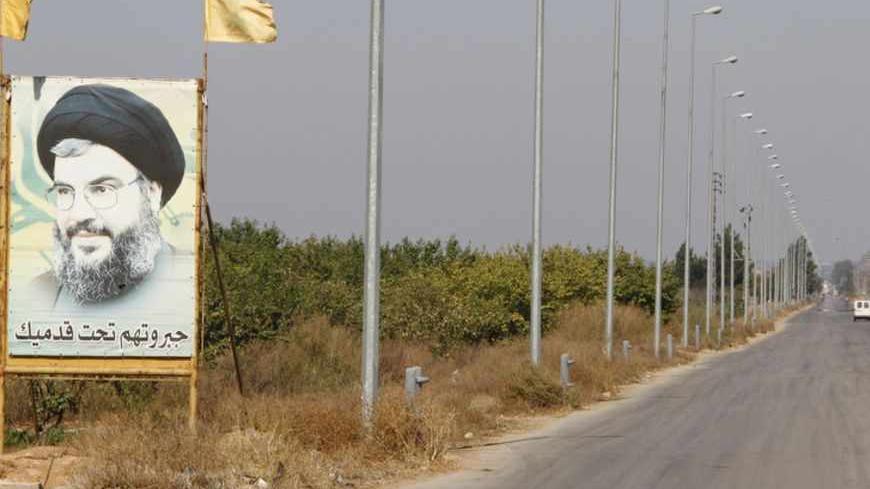 Why is Hezbollah fighting in Syria? Why did such a popular resistance group decide to risk its reputation around the Arab world and open a new front in order to back Syria's President Bashar al-Assad? Assad, who himself does not know if he can keep his chair for another year or not. What made Sayyed Hassan Nasrallah, who is famous for his stances that repeatedly warned of the Fitna — the Arabic word for sectarian confrontation — meddle in the Syrian mud?

Hezbollah has its own answers for all these questions, but prefers not to discuss them in the media. According to circles close to the organization, Hezbollah's involvement in Syria wasn't a choice, but rather an obligation. Those sources say that in the very beginning of the Syrian uprising, the group's charismatic leader Hassan Nasrallah "tried to initiate a solution." He, and other factions such as Hamas, opened a hotline with the Syrian leadership to make sure "Syria as a nation, people, and a political choice could survive the crisis." This was the first level of involvement that saw Nasrallah "mediating with Assad to release political prisoners, announce reforms, and change the mentality of the Mukhabarat, or intelligence members." One of our sources even revealed that in August 2011, Iranian foreign ministry official Hussein Sheikh al-Islam visited Damascus and handed the president a list of "125 remarks on the way the Syrian regime was dealing with the crisis, [which] were all negative remarks."

At that time it was already obvious that armed militiamen were crossing the borders from Lebanon into Syria, a fact proved by eyewitness accounts and journalists covering the border separating both countries. "Hezbollah wanted this crisis to end; to him Syria as a whole means the backyard of the resistance," said our source. He added, "Hezbollah knew the regime was outdated, and that people needed a change, especially after the Tunisian and Egyptian revolutions, though they thought the change should be made within the regime, not by overthrowing it."

"Bashar al-Assad's regime helped the resistance when everyone was plotting conspiracies against it. In the 2006 war he opened his borders for weapons, and they even gave Hezbollah some strategic missiles." This is the rhetoric Hezbollah used and continues to use to defend its stance and position on the side of Assad regime. "Hezbollah believes that the whole war on Bashar al-Assad is because of his backing of the resistance—Hezbollah and Hamas in specific," said our source, who accuses Hamas of betraying those who fed and hosted them. "They didn't even think of taking a position in the middle; they went to the extreme, leaving Damascus to Qatar, and sending their members to Syria to fight the Assad regime with the weapons he, Iran, and Hezbollah smuggled to Gaza." Hamas continues to deny these claims, saying that they have no members fighting in Syria, though it was revealed in December 2012 that a senior Hamas trainer Mohammed Konayta was killed in Idlib while taking part in an attack on a military base.

According to the source, Hezbollah decided to intervene militarily in the wake of three incidents. "The first was a full scale attack by Syrian rebels on Shiite villages on the borders with Lebanon, forcing people there to flee to Lebanon. The second was the attack on Sayyida Zaynab neighborhood in Damascus that embraces the tomb of Prophet Mohammed's granddaughter Zaynab, and the third an attack by Syrian rebels on a Hezbollah armed convoy that was on its way to Lebanon."

After these three incidents, our source believes, Hezbollah took the decision to give arms to Shiite villagers on the borders and help them defend their villages—a step that was followed by deploying troops from the same area to make sure the villages were safe and kept away from Syrian rebels. As for the Sayyida Zaynab shrine, in southern Damascus, Hezbollah's role was more planning than implementing. A group of Hezbollah military strategists drew plans for defending the holy site to make sure it wouldn't be destroyed by Salafist fighters. On this point, our source elaborates: "Hezbollah knows that fighting in Syria is a big decision that might cost them a lot of lives, but they knew too that if the shrine ... the cost will be very expensive, and it will be paid wherever there are mixed populations of Sunnis and Shiites. Then we will witness the real Fitna. Hezbollah can't control angry Shiites who will seek revenge."

When the Sayyida Zaynab neighborhood was attacked, religious Shiites from around the world asked both Hezbollah and Iran to intervene. Hundreds of Iraqi Shiites rushed to Syria to defend the shrine. Even clerics who opposed Hezbollah urged them to do something to avoid seeing the sacred Shiite site destroyed, keeping in mind the famous attack on Iraq's Sameraa city that saw a shrine of two of Shiite imams turned into rubble. "Hezbollah wasn't waiting for anyone to urge them to act. They knew what to do, and the decision was made to defend the shrine, whatever the cost," says our source, adding, "Hezbollah is not like any other organization. When the Shura council agrees on a decision, everyone will have to bow to it. Even if there were some who had objections, whenever the decision is made they will defend it."

Today, as tens of Hezbollah fighters are announced by the party as "martyrs of the Jihad duty," funerals are taking place across Lebanon from Bekaa to the south. "Hezbollah is announcing on Manar TV and Nour Radio, on websites and each media outlet they have access to, about their martyrs. They don't do it secretly. See the Facebook pages and how pro-Hezbollah activists are celebrating the martyrdom of these guys. Any claims of dismay within ranks or families is propaganda by anti-Hezbollah journalists and media outlets," said our source, who also offered to put me in contact with families of some of the Hezbollah men killed in Syria.

I called one of them on the phone, a father of a 23-year-old man who was shot dead near the Sayyida Zaynab shrine. He preferred not to give his name, as Hezbollah hadn't given him approval to talk to the media. I asked him about his son's death and how he felt about it. "I'm sad," he said. "Very sad. My son isn't here anymore. We lost him, but at least we know he is in heaven with Prophet Mohammed and the imams. He was defending their daughter." His final words to me were, "if the war against Israel was similar to Prophet Mohammed's Bader war against his enemies, this war is just another version of Imam Hussein's Karbala. We won't be defeated."