The Egyptian government has reached out to civil society and the private sector to extend its influence in Ethiopia and other Nile Basin countries. 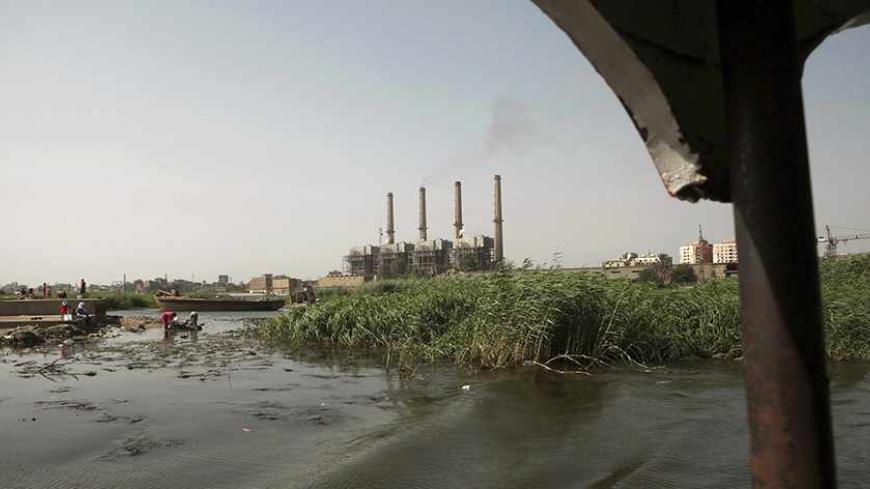 A state of controversy and conflict has been ongoing between Egypt and countries of the Nile Basin for the last four years, as politicians and experts have failed to reach a legally binding agreement for joint management of the Nile River waters. This has led to a move toward involving civil organizations and institutions to find popular alternatives to negotiations in an attempt to bridge the gaps between points of view and reduce the tensions between countries of the Nile River Basin.

To that end, a meeting was held at the beginning of December in Cairo among representatives of Egyptian, Sudanese, South Sudanese, Ethiopian and Eritrean civil society organizations, backed by UNESCO and the Arab Water Council in an attempt to guarantee the ability of civil organizations to bridge diverging viewpoints and end the dispute between countries bordering the Nile River. The meeting also aimed to reduce the effects of the various governments’ political conflict on the relations between the peoples of the Nile River Basin, find a way to maintain an open line of communication between these peoples, empower the culture of peace and minimize the effects of any official attempts to exacerbate the conflict or cause damage to any of the countries that border the Nile.

The two-day discussions, attended by Al-Monitor as part of the corps of representatives from civil society, international donors and governmental agencies, ended with the possibility of nongovernmental organizations (NGOs) playing an effective role in strengthening the lines of communication between Nile Basin countries and the adoption of a social services agenda that benefits the people of the region. Attendees agreed on the formation of teams that would exchange information pertaining to water and sanitation needs, as well as to prompt governments to hasten the process of solving the people's problems, promising to overcome remaining hurdles and providing the needed financial and political support.

Disagreements between Egypt and the other Nile River Basin countries, especially Ethiopia, have escalated following the insistence of Addis Ababa’s government on building the Renaissance Dam on the Nile, to which Cairo objects for fear that it might compromise Egyptian water security and reduce its share of water. Negotiations between technical committees from Egypt, Sudan and Ethiopia have failed, so far, to reach a clear understanding on the dam. Furthermore, Egypt refused in May 2010 to join the Entebbe Nile River Basin Initiative treaty, because it contained articles that did not recognize Egypt’s historically established quotas of Nile waters and gave signatory states the right to build facilities on the Nile without consulting with downstream countries.

Menjichia Werkineh, a leader of one of the Ethiopian NGOs that deal with water issues, told Al-Monitor, “It is necessary for governments to again sit around the negotiating table and find solutions to all contentious articles and subjects, without creating political problems between the countries of the Nile Basin. There is no time for conflict at this time, when peoples are suffering from poverty, hunger and disease and at a time when they possess important water resources that can be exploited for everyone’s benefit.”

“We are working on programs to support the Nile Basin Initiative, educate NGOs and involve them in solving water issues, as well as conduct field work in remote areas of Nile Basin countries aimed at providing water and sewage services, in addition to supporting popular discourse between civil organizations in remaining Nile Basin countries,” he added.

Werkineh also said, “In Ethiopia, there is a sort of governmental communication with and support to civic organizations. But we also face the problem of funding our projects, which are backed by certain international bodies. Unfortunately, most of them cannot reach local organizations in various Ethiopian cities.”

An Egyptian diplomatic source said in an interview with Al-Monitor, “We look forward to a real role played by civil society to reduce the intensity of the conflict. We consider popular organizations to be a form of soft power capable of bolstering governmental efforts to ease tensions between Egypt and Nile Basin countries. We are also looking for ways to take advantage of these organizations and affirm Egypt’s good intentions and constant striving for dialogue with peoples of the Nile Basin, to reach solutions that are beneficial to all, while reiterating that our goal is not to monopolize the waters of the Nile.”

A delegation of popular, partisan and political personalities managed to achieve a qualitative success in restoring negotiations and communications with Ethiopia after a visit conducted in May 2011. This bolstered the chances of popular diplomacy in coming up with new solutions and alternatives to official negotiations between governments, which continue to fail to reach any resolutions that gain the acceptance of upstream countries and the downstream nations of Egypt and Sudan.

Hamad Ahmad, the head of the Egyptian-South Sudanese Friendship Association, said, “Through our association, we are trying to establish a nongovernmental avenue for cooperation in water-related affairs between Egypt and South Sudan, while emphasizing cross-cultural communication between the two countries and attracting donors to back small-scale developmental projects in service-deprived villages and provinces of South Sudan. We do not get caught up in politics, lest our efforts for communication be spoiled. There is an agreement between Egyptian and South Sudanese members of the association not to discuss contentious issues in our meetings, as we try to develop the social conditions necessary for acceptance of cooperation projects between Egypt and South Sudan in Nile water-management issues.”

The head of the Egyptian-Ethiopian Business Council, Ayman Issa, affirmed to Al-Monitor, “The investments carried out by the Egyptian private sector in Ethiopia managed to reduce tensions engendered by the water issues between the two countries. Despite the possible damage to investments resulting from political tensions, both countries’ official leaderships continuously strive to maintain mutual economic interests, while refraining from associating them with the conflict over the waters of the Nile. We realize the need that Ethiopia has for development, and the huge challenges it is facing to achieve economic growth. The private sector is a form of soft power that Egypt can wield if Egyptian-Ethiopian relations become associated with their mutual economic interests.”

Egypt set up an important business bearing the name of Al-Nasr during the reign of late Egyptian President Gamal Abdel Nasser. That company played a strong economic role in a number of African nations, particularly Nile River Basin states, following their independence from colonial powers in the 1960s. Egypt relied on that same company to administer its economic and political relations in Africa, until the era of late President Anwar Sadat.

The current Egyptian administration is trying to exploit all nontraditional avenues to strengthen its relations with African nations. It's particularly trying to do so with those of the Nile River Basin by relying on this soft power, as a result of the continued conflict over the Nile waters and the inability to reach technical or diplomatic solutions that safeguard Egypt’s historic interest in those waters.