This week’s refusal by three Israeli theater stars to perform across the Green Line raises the dilemma of commitment to one’s art or one’s conscience. 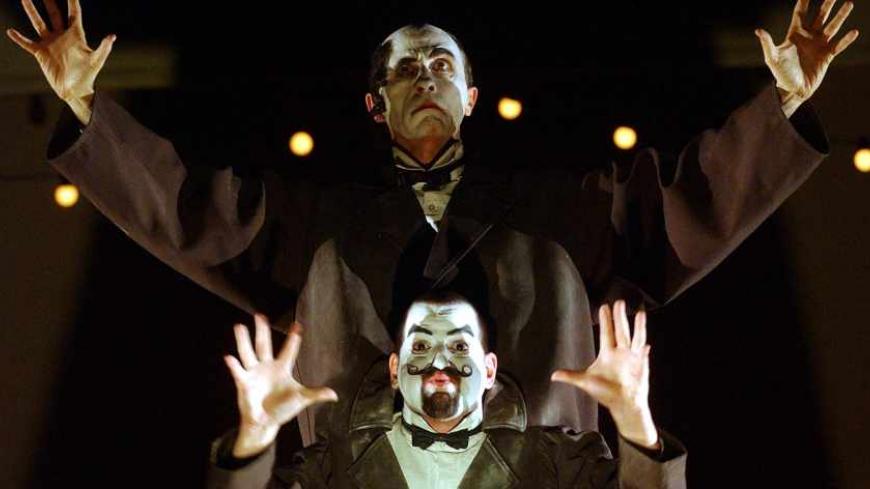 Actors have a difficult life, everybody knows that. But it’s 10 times as hard to be an actor in Israel. An ideological argument among actors employed by establishment theaters in Israel is once again rearing its head these days, and with even more fury than in the past. The argument is over what comes first: the actors’ commitment to their performances, or to their conscience. Ever since the theater in Ariel's Culture Hall was first inaugurated back in 2010, several theater actors in Israel announced that they would not perform in a venue built in a settlement across the Green Line. They claimed that Ariel is not part of the State of Israel, and their commitment to perform within the country does not include Ariel or any other settlement.

It all began with a letter signed by numerous artists and performers, among them Israel Prize laureate Rina Yerushalmi, actor and director Itay Tiran and the late playwright Anat Gov who was very active politically before she died a year ago. Gov’s work includes the play "Best Friends," which was directed by her close friend, the playwright, director and author Edna Mazya. A newer version of the play appeared on stage this past March. In December, it rekindled all the old political passions. The actresses participating in this joint production by two of Israel’s leading theaters, Beit Lessin and the Cameri Theater, told their respective theater managers that they refused to perform in Ariel. This time it wasn’t just one lone conscientious actor who could easily be replaced. It was the three stars of the play, all top-tier actresses in Israel: Sarit Vino-Elad, Yael Leventhal and Maya Dagan. In an interview with Al-Monitor, Edna Mazya, who is the in-house director of the Cameri Theater, called their stance understandable and obvious.

“It’s a matter of conscience,” she said. “I am not an actress, and I don’t have to perform. … As for the actresses who cannot be replaced, they asked my opinion and I suggested that they should go on stage and perform their roles, but that they should not come out to bow at the end of the performance. That’s how they could express their protest.”

According to her, “There is a campaign of intimidation by activist theater people, who threaten actors and warn them not to perform in Ariel or Kiryat Arba.” Mazya claims that this group, which she describes as a crazy bunch of radical leftists, sends dozens of emails to actors, placing them between a rock and a hard place.

“I consider myself a leftist, but even I think that they crossed all acceptable boundaries,” she says.

How does the intimidation campaign work? By publishing the names of the actors along with a statement that they are just following the herd and succumbing to the whims of the theater managers.

“My own position against performing in the [occupied] territories was formed as soon as they built the theater in Ariel,” says Mazya. “It was clear to me that this is what we should do. But they’re a sly bunch, over there in Ariel. They take all the plays. They really love leftists.”

“They really want them, and they try to convince them nicely. It’s a kind of method [in which] they have to receive the actors really well and present themselves not as radicals but as being considerate.”

A few years ago, Mazya and Gov participated in a tour of Hebron organized by a group called Breaking the Silence. They came back shocked by what they had seen.

“We were outraged for the next two months, but we didn’t know how to direct and channel our anger over everything we saw,” recalled Mazya. “We wanted to write a play, a parody, a satire, anything. We even took the book of testimonies published by Breaking the Silence and tried to turn that into a play. But in the end, nothing came of it. It turns out that the reality there exceeds anything that can be imagined.”

In the case of "Best Friends," Noam Semel and Tzipi Pines, the managers of the Cameri Theater and Beit Lessin, agreed to find replacements for the three principal actresses. Semel, who got caught up in the eye of the storm, was forced to defend himself and counter claims that the theater he manages pressures its actors not to dare boycott Ariel.

“In radical circles, on both the right and the left, the actions of the Cameri Theater and other cultural institutions in Israel regarding performances in Ariel and throughout Judea and Samaria were really galling,” he wrote on the theater’s Facebook page. “Time after time, someone from either side drew their knives and tried to cut their pound of flesh to score points in the political struggle that is dividing the people.” According to both Semel and Pines, the theaters respect the actors and allow them to follow their consciences politically, religiously and nationally.

“I am very proud of my theater for being so considerate, but there are limits, too. There are people who are very vocal with their radical opinions, and that harms all of us,” said Mazya.

Could there be a situation in which actors with what you call radical opinions receive fewer roles?

“I don’t think so. Really good actors — and by that I mean actors in the top league — can do whatever they want, because there aren’t that many of them. But theaters have plenty of actors, and it is always possible to find a replacement.”

“It is unacceptable to me that people who don’t really understand what is happening here start imposing sanctions. But diplomatic restrictions on Israel are something else entirely. It should be diplomatic, like it was with South Africa, and not some restriction or sanction on a poor actor, who just wants to make a living. Diplomatic sanctions played their part in South Africa, and apartheid was eliminated.”

We have already noted how these days an actor’s life in Israel is more complicated than the lives of his colleagues around the world. But the debate surrounding Israeli theater and the Ariel Culture Hall is just one example of how this fissure is affecting all of Israeli society. The more distant and hazy the diplomatic horizon, the more that fissure becomes part and parcel of day-to-day life here.